How Trump Voters Befoul Us All 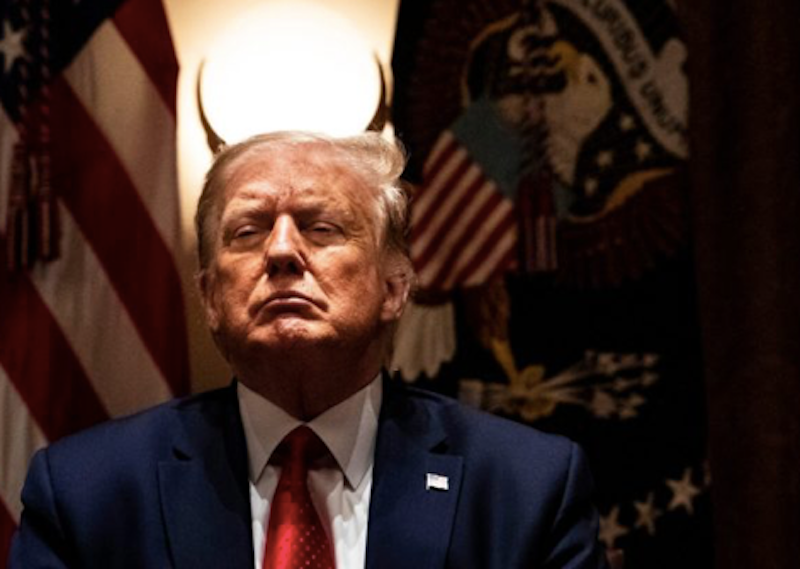 Megan McArdle had a column in The Washington Post about the tricky personal/political matter of sniffy Trump critics and how they make the hated man more popular. McArdle tells us that a hypothetical person who’s soft on Trump will find a know-better treating them like they’re “a) a bigot b) a fascist and/or c) too dumb to come in out of the rain,” Accordingly, many such people “side with the amoral narcissist who acts like he respects them, rather than the institutionalists who actually have the right of the matter.” The institutionalists are people with degrees, often graduate degrees. The Trump fans are the know-nothings. They have few degrees but big TV screens, and that remark just now is the kind of thing they hate. “You wouldn’t trust anyone who talked like that about you, either,” says McArdle. Well, no. But you, by which I mean a Trump voter, wouldn’t trust Donald Trump if you had your eyes open.

A human fact must be recognized here, a big lump of a fact. If you can look at Trump and trust him, you don’t have decent sense. No degrees are needed, just sight and understanding, and you’re missing at least one. Trump is disgusting for many reasons, but the worst is that he lies badly and always. To accept him means giving up an inner layer of self-respect. You’ve decided that your eyes don’t have to show you anything credible, that you’ll go ahead and believe anyway. Then you vote in this condition. It’s like deciding to wet your pants and then going for a walk in the mall. The rest of us just have to factor in your condition and deal with it. For instance, we get an ex-head of state who takes the Fifth (and by saying “Same answer” more than 400 times).

My line here may be conservative. Liberals view the know-nothings as brutes and destroyers—Neanderthals, Attila the Hun. I look on Trump fans as people who wet themselves. They’re degenerate. A slump, a refusal to take responsibility, lets them sink below the baseline for adult self-governing behavior; so when it comes to how they think and how they vote, they’re poopy-pants. An adult citizen doesn’t foul the polity, but these people do.

Many of them are long-time Republicans, and somehow being a Trump wino is the After picture that goes with their Before. Conservative belief calls for a strong, self-governing society knit together from strong, self-governing individuals; from prudent, continent, self-demanding individuals. They keep an eye on what’s owed them and take nothing more; they keep an eye on what they’ve got owing and make sure they pay it. The best of them lay out extra for charity, because that helps society. There aren’t enough of these people and I think now there’s fewer. Because a social experiment has been run and the results are in. Judging by the very Trump outcome, individuals exposed to prolonged right-wing infoganda see their self-governing capabilities go screw. Character is softened, self-respect lost; moral and intellectual possibilities sag. Then a voting booth gets paid a visit and the poor sap’s dignity is around his ankles.

So share that snapshot with Trump supporters and see how it goes. But I did avoid McArdle’s three deadlies: bigot, fascist, and dumb. I prefer slob, and I hope civilization can survive people this half-assed about appreciating it.