A Rendezvous with Destiny

Even the autonomy supported by Republicans like Ronald Reagan has become a thing of the past. 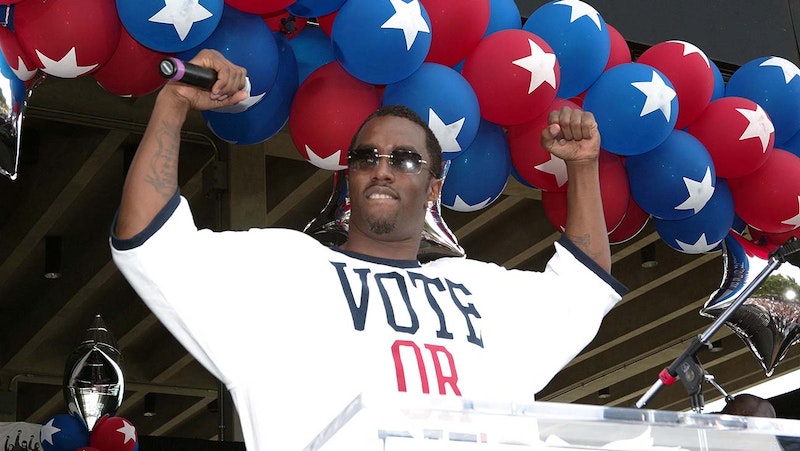 On October 27, 1964, Ronald Reagan gave a now-famous campaign speech for Barry Goldwater on a pre-recorded TV program called A Rendezvous with Destiny. It ran 25 minutes and covered topics of importance to Americans of the day: the cold war, the welfare state, government spending, the national public debt, and the war in Vietnam. The ideological perspective of the speech dominated right-wing politics from then until the Trump years. What’s remarkable about the speech, which was essentially a plea for people to vote, is the respect shown for individual autonomy that’s hard to find in the political discourse of 2022. From a technical standpoint, it’s equally remarkable that Reagan wasn’t reading from a teleprompter, a device which was already widely available at the time. Instead, he carried with him simple notes and appeared to give the speech extemporaneously. Awkward interjections like “um,” “you know,” “like,” and “I mean” are absent from the delivery.

According to a recent Rasmussen poll, the top three issues which concern Americans are rising gas prices, inflation, and the economy more generally. An article published in Newsweek by railroad worker Charles Stallworth revealed similar concerns among American workers, though he admits it’s a “small sample size.” Anecdotally, in my own “blue collar” job, I seldom hear comments or concerns expressed over climate change, abortion rights (save one), the war in Ukraine, the January 6th investigation, Covid, and LGBTQ issues, which are the concerns, again referring to the same Rasmussen poll, which are of the greatest importance to legacy media outlets. This isn’t to suggest that my co-workers have no concern for these issues, but they haven’t voiced them. Common complaints are inflation, the high turnover at our place of work, and the general acceptance that our wages aren’t on par with our contributions. Complaints about unfair wages and exploitation are as old as the working class itself, but the disconnect between the concerns of workers, and the propaganda from politicians and those who manufacture consent for them, while not a new phenomenon, does reflect an indifference to the plight of most Americans and the issues which matter to them most. There’s no such indifference expressed in Reagan’s speech. In his comments on welfare and social security, for example, he warned that the former was shot through with bureaucratic waste, and the latter was merely a slush fund for general government spending.

American politics have always had a strain of stupidity and falsehood. And in our day, at least according to the right wing, the person who exemplifies this most is Alexandria Ocasio-Cortez. A short, off-the-cuff committee hearing speech she gave in March of 2019 is demonstrative of the sort of unhinged appeal to fear that one has come to expect from those of her ilk. The purpose of her speech was ostensibly to gain support for the Green New Deal. “People are dying,” she said to the Republicans on the committee, with either the fiery flair of passion or hyperbolic performance, depending on which side of the fence you’re on. In 1964, people were dying in Vietnam. Reagan, like many politicians of the day, warned of an encroaching communism (which again, depending on your perspective, was either a real danger, a hollow specter, or something in between) and emphasized the necessity to win the war and halt the spread of the USSR. But it’s in the delivery of these remarks, and the principles of which he appeals, that a clear distinction is drawn between the words of Ocasio-Cortez. “Life,” says Reagan, is not “so dear… as to be purchased at the price of chains and slavery.” Can one imagine a political operative saying such words today?

In November, Americans will be asked to show up at polling stations and make a choice. But according to turnout statistics, many will choose to abstain. Not surprisingly, poor and low-wage workers are less likely to turn up to the polls to cast their ballot. Over the last 32 years, turnout rates for these groups have fluctuated from a low of roughly 35 percent in 1990, to a high of roughly 60 percent in 1992. Despite voter turnout initiatives like “Rock the Vote,” founded in 1990 by Virgin Records America Co-Chairman Jeff Ayeroff, and “Vote or Die,” an initiative founded in 2004 by the musician P. Diddy, (with the stated goal of making voting “hot” and “sexy”) turnout has remained relatively low in the 21st century. There’s no reason to doubt the sincerity of political operatives who encourage others to vote, but the appeals are often so shallow, especially towards the young, and the rhetoric is far removed from the quality of Reagan’s 1964 speech. Given the widespread sense among low-wage workers and the poor that their betters are indifferent towards their interests, it’s no wonder why so many decide to stay home on Election day.