A shameless opportunist mourns the death of a shooter. 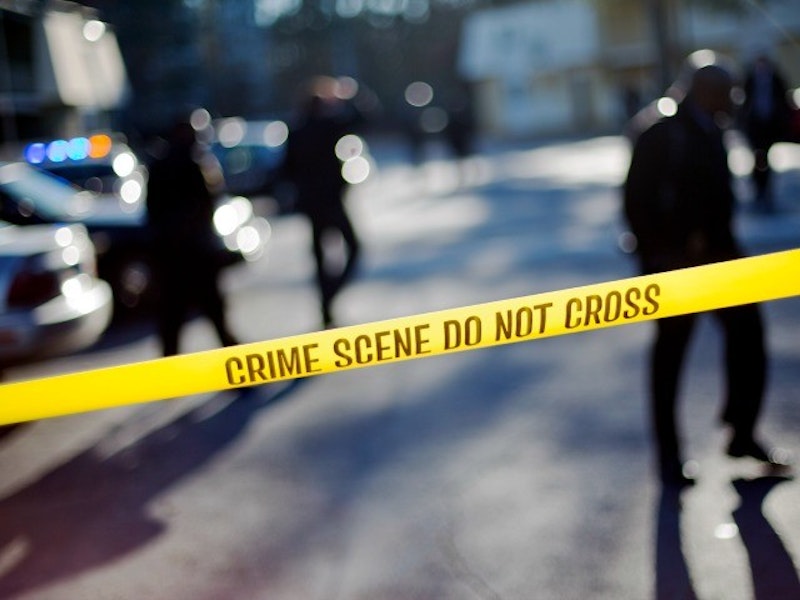 "I might be a raging homo, but I still innately understand the male need to conquer, crush and win." So begins Breitbart's Milo Yiannopoulos in his breakdown of the recent mass shooting at Oregon's Umpqua Community College. In "How To Stop Mass Shootings," Yiannopoulos lays out his blueprint for how to put an end to these horrific events, which have been happening every 64 days since 2011.

Because it’s Breitbart, it's a given that none of the prescriptions to stop these atrocities will have anything to do with making it harder for anyone to get guns. That one’s off the table on the far right, as "liberty" and the prevention of "tyranny" are at stake. If Newtown didn't tip the scale, nothing will. Since it’s easy to acquire a cache of deadly weapons, as the Oregon shooter did, is not considered a problem, the Breitbart reader wishes to look elsewhere for the root causes and solutions.

And Yiannopoulos doesn’t disappoint, informing us that the real crux of this societal plague is that heterosexual men are told by the media and schools that they are bad. The writer is concerned that "the media trash-talks everything men love: guns, booze, boisterousness, drugs, sex and video games." Maybe the media trash-talks guns, but they are freely available, which is the actual issue. As for booze, the football games I watched on Sunday were inundated with beer commercials. And speaking of football, an unabashed celebration of masculinity, it's the biggest sport in this country, and the media loves it. Drugs, sex and video games are rampant too, and it doesn't look like the media or schools are able to contain them.

Yiannopoulos also bemoans the fact that "social pressures are opening up male-only golf and social clubs to women, destroying what made them precious and essential." None of these guys shooting up schools, malls and movie theaters look like golfers to me, so I'm thinking the loss of precious male-only golf courses is not a big factor here.

The recent event in Oregon was also a suicide, Yiannopoulos reminds us. "A spectacularly melodramatic suicide from a man in pain who wanted to hurt the world that had hurt him. Society has got to start treating boys better if it wants to avoid more of this in the future." That's a lot of empathy for this mass-killer from a writer who never even mentioned one of the victims. In the twisted, mixed-up worldview of Milo Yiannopoulos, this guy who killed nine people in cold blood, including a woman in a wheelchair, is a victim.

Let that one sink in for a moment. It’s rare that I read anything in Breitbart that conforms in any way to reality, but it's hard to top this opinion for sheer inanity and callousness. If you know a little bit about the self-styled muckraker and alpha male Milos Yiannopoulos, you can at least begin to understand where it's coming from. He's essentially the gay, British equivalent of Ann Coulter at this point. In other words, 90 percent performance artist and professional provocateur.

Yiannopoulos is the consummate opportunist. He became a hero to the Gamergate crowd after sensing an opening to promote his version of outright misogyny. This, despite the fact that he had openly disparaged gamers in the past as beta males with "yellowing underwear." In his mission to celebrate males, the opportunity to disparage women trumps any past prejudices he may have held. Here's a quote: "I mean, look. I don’t mean to be rude, but most of the reason I went gay is so I didn’t have to deal with nutty broads.” Not that you can assume Milo tells the truth about himself. He recently told Joe Rogan that he wishes he could become straight, which nullifies his nutty broads statement.

Yiannopoulos is a one-trick pony. His essential operating principle is that women are an emasculating bunch hell-bent on not letting boys be boys until their tamped-down masculinity explodes. He’s kind of a warmed-over Camille Paglia, clearly trying to recycle her critiques of conventional feminism in a cherry-picked fashion. Key point: Paglia likes women, but Milos doesn't.

When you have someone jamming his ideas into a place they don't fit, you end up with the demise of all-male golf clubs blamed for mass murder. You get an apology for a poor fellow who was hurting so bad he just had to shoot people. You get this complete mess of an article that's equal parts laughable and repugnant, even by Breitbart standards.