Views on abortion and capital punishment are a double standard. 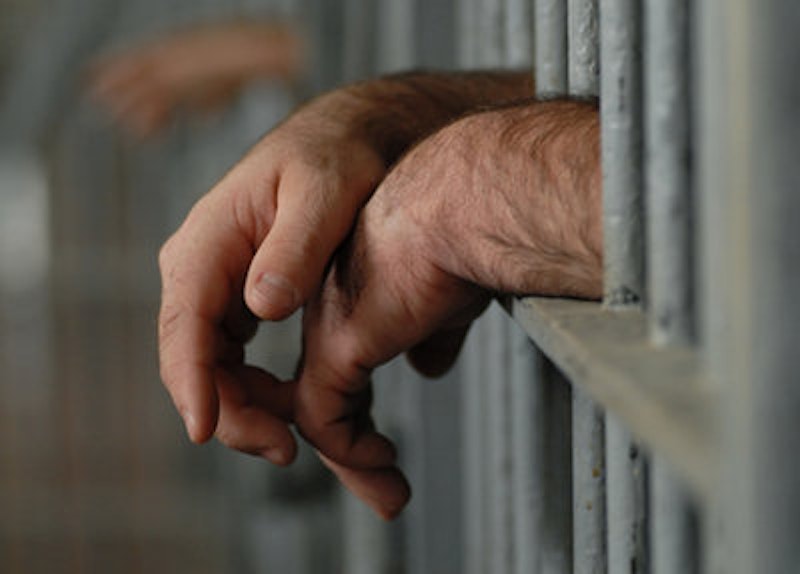 Abortion and capital punishment are twin issues of life and death.  Most people are opposed to abortion as such. Many reasonable people, though, favor the choice when it becomes necessary for personal reasons between a woman and her doctor.  Capital punishment, though on the decline, doesn’t receive the same generous consideration. Purists and ideological crusaders do not acknowledge the contradiction.

There are many who view abortion as murder. A majority of the very same people consider the death penalty not as taking a life but as justice deserved and served. To them a life is not a life but a question of belief. A microscopic dot on a laboratory slide is a life but a person in a prison jumpsuit about to enter the death chamber is not.

That double standard is especially prevalent across the South where the states with the toughest restrictions against abortion coexist with the highest number of executions. Texas, Florida, Alabama, Missouri and Oklahoma, to name a few, have been notably punishing against Planned Parenthood. Yet Texas and Florida are in the vanguard of states with the highest number of executions, with Texas, of course, number one on both scores. Texas has among the most restrictive standards for abortion clinics in the nation.

The issue of abortion rose to the forefront again recently when House Republicans launched another of their repeated efforts to defund Planned Parenthood, one of the nation’s leading providers of women’s health care. Though federal law prohibits using federal funds for abortions, Republicans argue that the money is fungible—the award of federal money frees up other funds for abortions. The majority of Planned Parenthood’s services are directed toward mammograms, family planning, cancer screenings and STD screenings.

The Republican dramatics played against the recent visit of Pope Francis, who gave a salutary lift to the “culture of life” in his numerous speeches and homilies. He spoke explicitly and implicitly against abortion as well as capital punishment and he called for a universal end to the sale of arms—and for those with dog-whistle ears a halt to the carnage from the indiscriminate sale of guns.

In fact, abortion was never front-and-center as an issue until 1930 when Pope Pius XI issued his encyclical “casti connubis,” in which he reaffirmed the Roman Catholic Church’s ban on abortion and coincidentally prohibited the use of any form of artificial birth control. The encyclical was a response to the Anglican Communion’s approval of birth control methods. Pope Pius asked civil governments to follow church teaching. The Catholic Church, and other religious institutions, considers procreation the sole purpose of intercourse.

But that quaint notion vanished with the introduction of “the pill” in the 1960s that was viewed as liberation from religious as well as social and medical strictures. Sex became a release and a romp. Many polls show numbers that as high as 80 percent of Catholics disregard church teaching and regularly use some form of contraception.

But it was the Supreme Court’s Roe v. Wade ruling in 1973 that created all the fuss. The court ruled that abortion was legal up to 20 weeks during a pregnancy. But any decisions on abortion after that period of time were left up to the individual states. And the states have been scrambling to outdo each other ever since, especially those controlled by Republicans.

The death penalty is part of America’s guilt trip. It’s the last advanced nation that still sanctions the application of capital punishment. Even that is beginning to topple one state at a time as a wasteful, counter-productive application of an antiquated law. Nineteen states and the District of Columbia have abolished the death penalty while 31 states still carry the law on their books or actively enforce it. Maryland abolished capital punishment in 2013 after several failed attempts.

Most of the arguments and appeals against capital punishment involve the lethal chemical cocktail that is used in executions. In some cases, the lethal injections have caused excruciating pain and in at least one case an execution had to be called off shortly after it began. Several European manufacturers of the chemicals have refused to ship them to the United States because they oppose their use for capital punishment.

In Oklahoma last week, Richard Glossip was granted a last-minute reprieve on appeal over the chemical cocktail. But in the same week, Georgia rejected appeals and proceeded with the execution of Kelly Gissendaner. Pope Francis had asked for clemency in both cases.

Once again, however, the Catholic Church was caught in a contradiction. Until Roe v. Wade, many Catholic colleges taught in their ethics classes that capital punishment was a justifiable act and that the state had an absolute right to take a life in the interest of justice. The textbook was by Msgr. Tracy Ellis, a theologian at the Catholic University of America.

And although the church considers suicide among the most mortal of sins, the same textbook justified suicide in certain cases, i.e., suicide was permissible in the case of a nun threatened with rape jumping to her death to protect her virtue. (I’m not making this up.)

So to reconcile its position on the sacredness of life, the church had to revise its position on capital punishment to conform to its prohibition on the taking of a life through abortion. Thus, the religious and the secular standoff over the right to life and its influence on the social issues that dominate America’s political discourse.

Maryland has had an abortion law on its books since 1971. It has been tweaked over the years and was ratified by the voters on referendum in the late 1980s and has remained intact, though challenged, ever since. But the federal debate over Planned Parenthood funding appears to be spilling over into Maryland.

Two Republican lawmakers are reported to have asked Republican Gov. Larry Hogan to find alternatives to funding what they called the “barbaric organization” of Planned Parenthood, an apparent reference to admittedly falsified videos involving the sale of fetal tissue.

And about 75 Democratic lawmakers responded in writing by seeking Hogan’s assurances that he will continue state funds for Planned Parenthood to continue their preventive health care programs. Hogan, a Catholic, had said during the campaign that abortion is settled law Maryland as a way of avoiding divisive social issues while he was running for governor. But that was then and now is now and Hogan has since been blessed by the pope.