The problem is that it can often morph so fast that its host's immune system can't keep up. 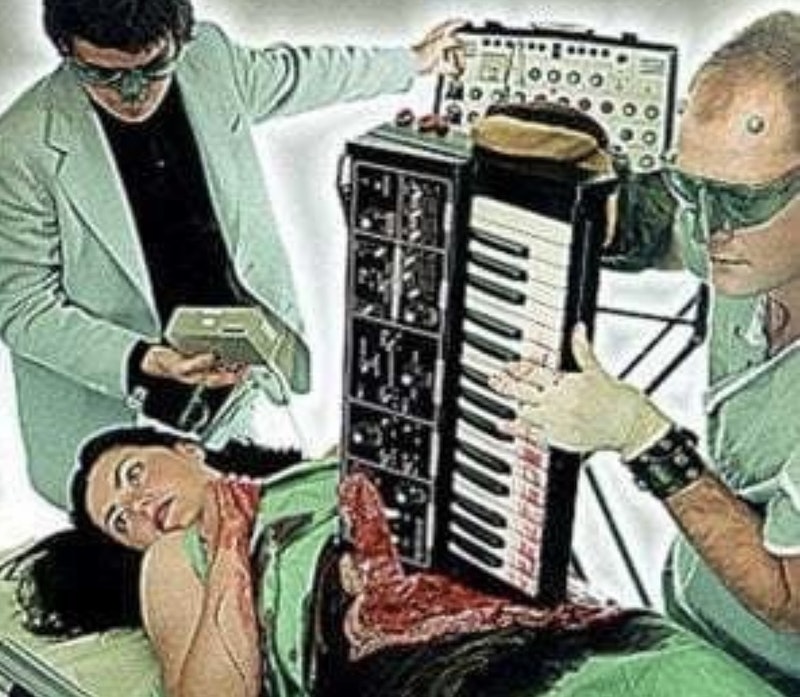 On June 11, retired couple George and Kathleen Rowe were sued by their homeowners association in Texas for feeding the ducks. The requested penalty is a court order to cease and desist, plus a fine of up to $250,000. If the Rowes lose the lawsuit and can’t come up with the penalty, the vindictive HOA seeks to foreclose on the home, which has forced the couple to sell their residence in preparation for the worst.

The Rowes are the victims of the small-minded bureaucratic mentality that reduces human lives to statistics. Warren Buffett's right-hand man, Charlie Munger, once said bureaucracies should be treated like "the cancers they so much resemble." JP Morgan Chase CEO Jamie Dimon has said that bureaucracy is a disease. One has to wonder if they're fans of William Burroughs, who wrote this in his novel Naked Lunch via his character, Dr. Benway: "Democracy is cancerous, and bureaus are its cancer. A bureau takes root anywhere in the state, turns malignant like the Narcotic Bureau, and grows and grows, always reproducing more of its own kind, until it chokes the host if not controlled or excised."

No one familiar with Burroughs' work would be surprised about his hatred of the bureaucratic state. A novelist who lived so far outside of polite society, caring so little about societal norms and governmental laws, would hardly be inclined towards governing bodies whose natural inclination is to stamp out his kind of individualism. The Beat movement, in which the scion of a wealthy St. Louis family was such a major figure, was antithetical to the bureaucratic mentality. The Beats were about liberation; bureaucracies are about control.

Burroughs was certainly prescient about the Narcotic Bureau, now called the DEA, whose "host," the US government, provides it with over $3 billion annually, up from the $75 million it started with when it was formed in 1973. For that $3 billion, the American people get nothing positive. What they get is mass incarceration, abuse of authority, and blocked scientific research that might produce any evidence on the positive effects of certain controlled substances. The DEA, like any bureaucracy, serves itself, not the people. The agency has failed miserably at its mission—stopping drug trafficking—and has used its huge endowment for purposes that suit itself, not the American public. As Burroughs put it, "Bureaus cannot live without a host, being true parasitic organisms."

The DEA exemplifies the fact that once the bureaucracy gains a foothold, it only wants to expand. Its huge contribution to the existence of the carceral state, one of the United States' most appalling creations, is of no concern. The agency measures its success by the number of arrests it makes, and the street value of the drugs seized in raids. The DEA—which serves itself only—is, as Burroughs put it, "choking the host," especially in inner-city minority neighborhoods. An agency that judges itself in such a way is indeed cancerous, because once a drug offender's behind bars, there's always someone there to replace him, which suits the DEA. As Burroughs put it, "The police have a vested interest in criminality. The narcotics department have a vested interest in addiction."

Burroughs was an outlaw artist, and the bureaucracy is anti-art/anti-creativity. An artist in a bureaucracy has to be at the lowest end of the totem pole, like Charles Bukowski, who worked as a postal clerk for years while writing short stories, poems, and novels with a bottle of booze on his desk at night in fleabag L.A. hotel rooms. Ironically, those who occupy such positions are the very ones who are expected to meticulously follow the directives of the bureau. Those privileged few at the top give themselves considerable leeway in this regard.

Bureaucracy is inherently anti-democratic. Bureaucrats aren't elected to any office—they're selected. They rule in relative anonymity. Bureaucratic reality is not the reality of the citizens it controls without oversight or elections. Bureaus ignore the real world so they can become useless parasites adapting to bureaucratic reality, which is constantly in a state of flux. The obvious real-world reality is that the U.S. would be much better off if the vast majority of drug offenses were not treated as criminal offenses, but that interferes with the bureaucratic reality—the need to expand exponentially. More busts means more funding. The DEA's like a dentist who doesn't want his patients to practice oral hygiene because that would hurt his business.

I recently talked to a couple of those numbers. I went into an Italian deli that had had "opening soon" on a banner outside for months, even after all construction was completed. The two brothers from Chicago who were trying to get the place in business complained bitterly about the endless red tape. They were paying rent and losing potential income because a few city bureaucrats were taking their time—without a thought for the owners' plight—in giving them the necessary permits. I know of another place in town outside of the downtown area—a bar—that got shut down because it didn't have the required number of parking spots, even though all the downtown bars and restaurants have little or no parking. The desk-bound pencil pushers responsible for such nonsense have no idea that they're parasites who sap initiative, inhibit risk-taking, and place a tax on human achievement.