"Men are From Mars, and I Love Them" 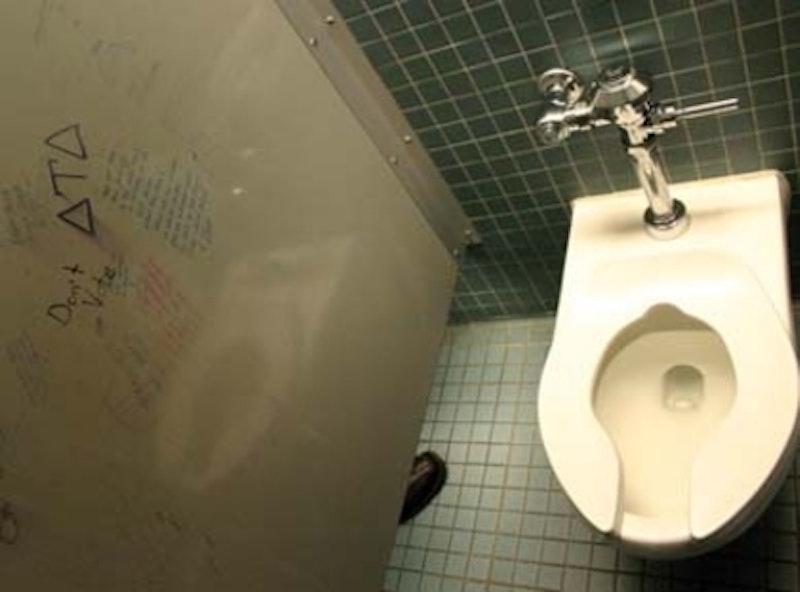 I've got great news, everyone: Senator Larry Craig is writing a book. You may remember Larry Craig as the Idaho Senator who got caught trying to hook up with a dude in a men's room in the Minneapolis-St. Paul airport, and then executed the worst denial in history by calling a press conference to say "I'm not gay" instead of "I didn't solicit sex in the bathroom." When I first heard the news of a book, my initial reaction was that Senator Craig would most likely start out with the intention of writing a "book", but after about a week of writing he would probably have something in the same vein (no pun intended) as a steamy Penthouse Forum letter. However, this article provided more details.

First of all, the description of Larry Craig as "outgoing" is hilarious. Somehow, I don't think that the author meant it ironically, but in their defense, in Idaho I think 'outgoing' means 'really gay'. Also, I love how the author states that Craig was arrested "after police say he attempted to solicit gay sex." So, after he's caught soliciting sex by an undercover cop and he signs a written confession saying that he was guilty of soliciting sex, we're still just referring to it as something that the police are off-handedly claiming? Agreed. After all, the Minneapolis-St. Paul police have been after Larry Craig for years. Those assholes were just looking for a reason to take him down.