Liberals and their media compatriots are crossing their fingers that 2008 isn’t a re-run of the past two presidential elections. 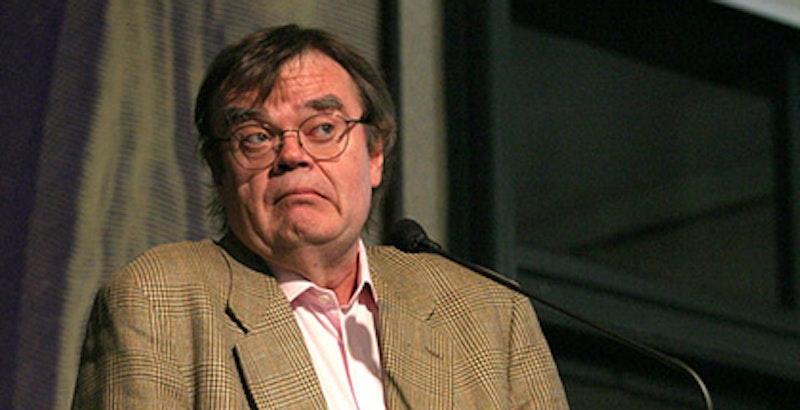 As the 2008 presidential campaign rolls along, becoming nastier or more conciliatory depending on the day, one thing is clear: liberal Democrats are scared shitless—with little reason, in my opinion—that once again they’ll be denied on Election Day in November. Remember the spate of news articles and op-ed columns in late-2004 (and not just confined to The New York Times), after the laconic John Kerry was narrowly defeated by George Bush, about the large number of affluent New Yorkers and Californians who were so depressed at the result that they couldn’t speak or eat, and sought refuge—or maybe doubled up their time—with a psychiatrist?

Just last week, actress Susan Sarandon (who, unlike her longtime companion Tim Robbins, is terrific on-screen) vowed a move to Italy or Canada if John McCain is elected. Hollywood celebrities are only the most prominent Americans who promise to leave the country if their preferred candidate fails; the population would take a nose-dive if these narcissists stuck to their word.

In the unlikely event that McCain tops Barack Obama this fall, it’s hard to imagine what the reaction will be from those investing so much of their time and psychic energy on electing a man who will relieve the United States from the Constitution-shredding, global warming flat-earthers and corporate lackeys who comprise the Bush administration.

I don’t suspect there will be a rash of skyscraper jumpers—that’s too 1929—but watch out for the reports of devastated voters snuffing themselves, either on purpose or accidentally, with a mixture of top-shelf vodka and Ambien. Rep. Patrick Kennedy might run a hotline describing the proper procedure.

It’s a given that Garrison Keillor—the man considered by some a “national treasure” for his hokey “Prairie Home Companion” and principled political views that can rival luminaries such as Bill Moyers and the still-kicking Walter Cronkite—won’t move. There’s too much money to be made by staying put. Keillor’s syndicated column, however, is a fine (if nearly as unctuous and self-righteous as the blabbering of Keith Olbermann) primer that explains the worrywart mindset. Keillor’s prose appears unflappable—his certitude rock-steady—but I’m betting if someone mentioned the words “Florida recount” before he put quill to paper, the projectile of rat-a-tat-tat slurs against any and all Republicans would turn the “yellow press” of a long-ago era to pure white.

Keillor, who calls Bush “The Current Occupant” in his columns, was just warming up on March 28 when he questioned the intelligence of young adults (rampant misspelling, as if that lamentable malady is confined to any specific generation) as a bridge to, once again, bolster his own sense of superiority. He writes: “People accuse us liberals of permissiveness—no, no, no, no, no. We liberals are oppressive, not permissive, working day and night to take your guns away and make you apply for a permit every time you spit. In my heart, I belong to the Correctness Party, the party of good spellers, of people who pay attention to details. The Current Occupant is not one of us… Intellectually, he has been a charity case all his life. He is one of those men who are lucky that their fathers were born before they were.”

Two months later, after Memorial Day, Keillor wrote about being in Washington, D.C. (how much time does this millionaire spend by the hearth, anyway?) and having his senses assaulted by a parade of bikers who converged upon the city for a rally purporting to show support for the U.S. Military while honoring those lost in this country’s many wars. This rubbed Keillor the wrong way: “You don’t quite see the connection between [a proper observance at cemeteries] and these fat men with ponytails on Harleys. After hearing a few thousand bikes go by, you think maybe we could airlift these gentlemen to Baghdad to show their support of the troops in a more tangible way.”

Fat Men With Ponytails On Harleys. Blame it on Bush, just like the cranes that fell in Manhattan last week.

Now, consider the following proclamation from Josh Marshall—the well-regarded and successful creator of the partisan, but generally smart, Talking Points Memo—after Bush gave his now-notorious (at least among Democrats) speech at the Knesset last month, in which he warned that negotiating with terrorists was similar to European appeasement in the 1930s as Hitler gallivanted across the continent. Needless to say, conservative blogs and publications and websites had a field day mocking Marshall, and they were right.

Marshall said: “In case you hadn’t heard yet, the president attacked Sen. Obama [Bush named no specific Democrats] as a terrorist coddler on the order of the late 30s Nazi-appeasers in a speech before the Israeli Knesset. As the president who’s probably done more to damage to the country than any in 150 years, I can’t say I’m exactly surprised that he’d do this. But it really was disgusting, even for him.”

Several years ago, I met Josh and had an engaging conversation for an hour or so, and he struck me as a really good guy. Still is, I’m sure, but he’s clearly become unglued. Bush will not be regarded as a top-tier president by historians—although the verdict, I believe, won’t be as severe as is currently bandied about—but think about the lunacy of Marshall’s condemnation. Bush has “probably” done more damage to the United States since any president since 1858? So James Buchanan, who ignored the imminent Civil War, was a better president? Woodrow Wilson, a moralistic man who violently violated the Bill of Rights by jailing journalists who spoke out against the United States’ involvement in World War I, and stoked anti-immigrant fervor with his support of Prohibition, did less “damage” to U.S. democracy than Bush? I find it hard to fathom that Marshall, and his ilk, can rank the current president below Herbert Hoover, on whose watch, of course, the most devastating depression in U.S. history began.

Harry Truman, now a Democratic saint, was of course shunned for years by party members, derided as a man who was “stubborn” and a bumbler in hock to the Missouri political machine, who also gave the order to bomb Japan, sent armed forces to their death in the Korean War, and did little to stop the rise of Sen. Joseph McCarthy. Maybe it’s not fair to burden Truman with the rise of McCarthyism—Dwight Eisenhower wasn’t much better—but I’d venture to say, without fear of contradiction, that the blacklisting and paranoia and ruin of careers of decent men and women that McCarthy was largely responsible for trumps any of Bush’s mistakes. As for the economy—the current unemployment rate is five percent, although it’ll most likely tick up in the next year—is Bush worse than Jimmy Carter (who, by the way, did some bumbling himself in dealing with Iran), when credit rates were sky-high, inflation was in double-digit figures and the average rate of unemployment during his four ignominious years as president was 7.7 percent?

At least Marshall doesn’t lard his commentary with purple prose; the same can’t be said for sportswriter/political provocateur Charles P. Pierce, the onetime buddy of John McCain who apparently considers his writing to be a combination of H.L. Mencken, Murray Kempton and I.F. Stone. Pierce, who in truth isn’t too bad on NPR’s Saturday program “Wait Wait…Don’t Tell Me!,” swung for the bleachers with his horribly contrived Esquire (June issue) article “The Cynic and Senator Obama.” Since Pierce is more worldly, well-read and skeptical than the rest of us—especially the millions who’ve embraced Obama’s candidacy—he’s not about to get fooled again. Writing in the third person as “the cynic,” Pierce followed the Illinois senator on the campaign hustings this spring and while he concedes Obama is tough, shrewd and smart, his closing plea (Pierce faults the de facto Democratic nominee for not calling for Bush’s impeachment, among other sins) is “Convince me. Convince me. Convince me.”

Although Pierce doesn’t go back into history as far as Marshall, it’s his contention that the United States hasn’t been a “great” country since LBJ shepherded civil rights legislation through Congress more than four decades ago. Since then, “The people of the United States have been accessorial in the murder of their country.” Now, maybe it’s just me that’s being cynical, but if recollection serves correctly Democrats in 2000 were whining that Bill Clinton wasn’t eligible to run for a third term, a travesty in their opinion since he restored the country to greatness and was hardly complicit in its “murder.”

In the course of Pierce’s article he repeats this mantra five times about the present condition of the United States: “Someone will have to measure the wreckage. Someone will have to walk through the ruins. Someone will have to count the cost.” This really is the work of an unhinged man. Yes, it’s a conceit Pierce employs to express his doubt that Obama will be anything more than a normal politician, although one who speaks magnificently, but even though most liberals are eager to enumerate the list of Bush’s incompetent decisions, I haven’t come across anyone in those circles who draws such an apocalyptic, Guernica-like description of the United States today. Reading Pierce, you’d think he’d just toured Dresden at the conclusion of World War II.

Last Friday, in a comment on professional liberal Eric Alterman’s “Altercation” blog, Pierce blew a kiss to the producers of HBO’s Recount, saying it was “so good that it’s over-the-top infuriating… The emotional wallop of the film, of course, has less to do with the actual production, and far more to do with the seven-year Festival of Fruitcakes that ensued after the events depicted therein occurred.” Pierce has an ally in Alterman, who made this inexplicable statement in his May 29 Nation column about the perceived back-stabbing of Sen. Joe Lieberman: “So how is that this dove-turned-hawk, Democrat-turned-Republican apologist for anti-Semitism has become the hero of the Kristol/Podhoretz/Wall Street Journal/Weekly Standard/New Republic/Slate neocons/liberal hawk crowd?” That’s a mouthful, but The New Republic and Slate, while more circumspect and less hyperbolic than The Nation, are hardly allies of conservatives.

Should McCain win in November, as a charitable man, I do hope that Pierce’s friends keep him away from sharp objects and the medicine and liquor cabinets.

An earlier version of this article appeared on nypress.com