No Political Constitution is Perfect 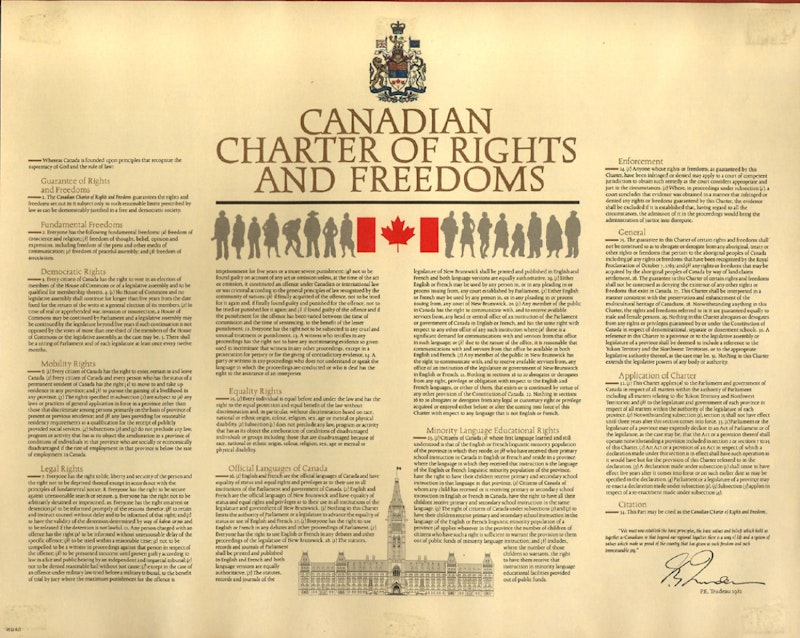 Maybe it’s just me, a Canadian.

With the midterm elections looming, I’m seeing more and more Americans—not just in the pundit class, not just among activists and bloggers, but also the near-random but Democrat-skewing collection of citizens that’s my Twitter feed — beginning to doubt the infallibility of their Constitution. There are, finally, doubts expressed about the wisdom of giving a large number of sparsely-populated states so much collective sway in the Senate. Doubts about how effectively the legislature will oversee an executive branch when the same party controls both. And doubts about the inherent wisdom of the Electoral College never went away over the last 18 years. More and more, second thoughts about the structures peculiar to the American form of democracy are emerging.

Explicit second thoughts, that is. I’ve seen Americans, specifically Democrats, criticizing the American Constitution for the past couple of years. But I don’t think they realized that’s what they were doing, because the criticisms were phrased as criticisms of other voters.

I’ve seen Democrats, and anti-Trump voters generally, bitterly mocking people who voted for a third party in 2016. If you didn’t vote for Clinton, the argument goes, you were effectively voting for Trump. I’m not saying the argument’s wrong. But it seems to me as a dirty foreigner that this actually means that the American Constitution has a deep flaw in its basic design.

Perhaps, like so many Canadians, I’m merely a naive idealist. My understanding of democracy is that the people of a given polity get to choose their leader or representative from among a range of options. The value of democracy is that by having the people vote their conscience, by having them vote for a party or person that represents their ideals, different voices are brought into the halls of power. Even ideas that get voted down are expressed and debated.

Can a two-party system still get at that range of ideas? More to the point, does the current American system? There are still third parties, even if they have next to no chance of winning, and their platforms do seem to be distinct from the two large parties. But the leaders of smaller parties don’t get invited to debates. They don’t get talked about much in the media. If they’re not getting heard from, isn’t that a loss?

Maybe not; I can see somebody arguing that the two large parties are comprised of different parties, their various wings and factions, and that the primaries are a way for those parties to hold elections among themselves and debate ideas before going to a general runoff. Even if that’s so, though, what’s an individual voter supposed to do in the general when, faced with two options for their vote, they have philosophical or moral disagreements with both? I don’t dispute the argument that they have to hold their nose and vote for the lesser of two evils. What I’m saying is that this isn’t just or healthy for a democracy. As a Canadian, I’ve never had to do that.

Without a single President as head of government, Canada, like most democracies, has multiple parties. At the provincial level in Quebec there have tended to be two main parties for most of my life, but even that’s not entirely consistent—and in fact a third party just won office in the last provincial election. I’ve never lived in a riding that’s been projected as a close race either provincially or federally, but I’ve also never felt morally bound to provide my vote to a party I dislike just to keep a party I like less from taking power. The onus has been on the party that wants my vote to win that vote by explaining why they’re the best choice for me.

And this is why I feel my hackles rise when I see Democrats complain about votes wasted on the Greens (or Republicans complaining about votes going to Libertarians, though I personally see that less). It doesn’t feel right to see serious arguments put forward that a political party’s owed a vote. It doesn’t feel right to see people arguing, even if they’re correct under the circumstances, that a party doesn’t have to make an appeal to voters beyond “We’re not as bad as the other guys.”

Democracy is a form of government that entails more than just voting. But at the same time, voting has to mean something. I think the American system, to the extent that it narrows a voter’s options to a field of two, denudes the voting process of meaning.

Tactically, I understand complaints about voters who insist on trying to go beyond the two-party system. Strategically, in the long-term view of assuring the general health of a democracy, it’s important to give people a real range of options at the polls. As long as complaints are aired about the increasingly unrepresentative Senate and the distorting effects of the Electoral College, maybe it’s worth talking about the limitations of the two-party system as well. No constitution’s perfect.