The press needs to learn the terminology of trans and queer-related individuals. 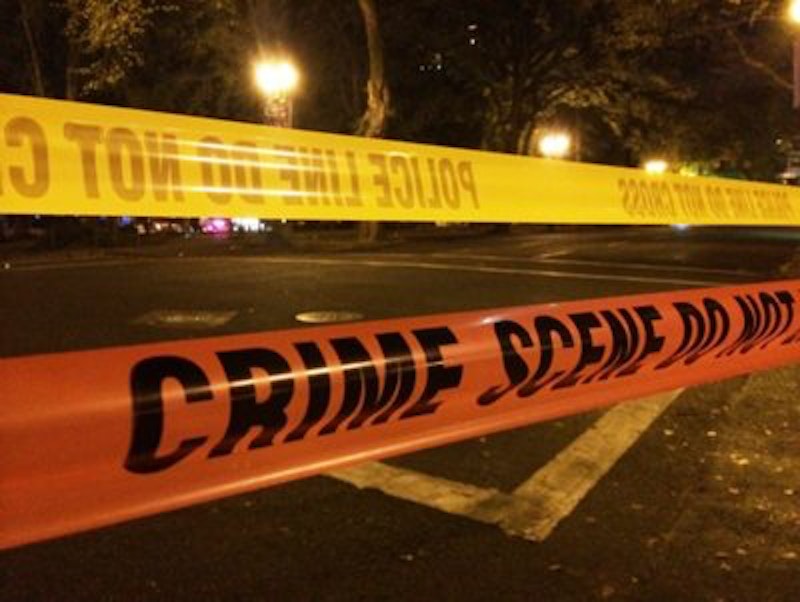 At about four a.m. on Sunday, November 29th, Kathy Sal was assaulted outside her home on 93rd St. in Jackson Heights, Queens. The attacker punched her repeatedly and knocked her to the ground, whereupon he slammed her head into the sidewalk multiple times, rifled through her pockets, and ran away before police arrived. Kathy was taken to Elmhurst Hospital, where as of this writing, she is in critical condition, with bleeding in her brain.

But that wasn’t the only time Kathy Sal was assaulted this week. The day after her attack, the American news media began a vicious attack on her very identity that revealed just how ignorant “journalists” are about the basic aspects of transgender identities.

I first learned about this when a friend shared ABC 7 New York’s coverage of the attack. “BRUTAL ATTACK OF MAN DRESSED AS WOMAN,” screamed the headline. Shocked, I clicked through and watched as anchor Diana Williams and reporter Shirleen Allicot repeatedly misgendered Kathy over the course of their segment. Despite all evidence to the contrary—her name, mode of dress, and the relatively large number of trans and queer-identified individuals in Jackson Heights—ABC chose merely to parrot what it’d been told by the police. (I noted on Facebook that if ABC was uncomfortable reporting Kathy’s gender without concrete data, it would still be easy to pay lip service to her probable gender identity by noting something like “although the victim’s gender identity was unclear at press time, evidence indicates she is most likely a trans woman, given her clothing and female name.” News outlets, feel free to adapt that template the next time a transgender person is brutalized.)

Allicot later took to Twitter to defend herself, saying “we changed it [the accompanying article] once we got the correct info.” Of course, ABC quietly changed only the language in the article itself, choosing to leave the page’s meta tags alone; as Twitter user @TheBinarium noted, the meta tags were left intact so that search engines could still pick up traffic for such valuable terms as “cross dress” and “man who dresses like woman.”

This turned out to be the norm for almost every news outlet that chose to cover the story (with the exception of DNAInfo’s Queens reporter Katie Honan, who reported both on Kathy’s assault and a related assault by a group of men who spat homophobic remarks as they beat a 23-year-old man late Sunday night). Newsday, the New Jersey Herald, and the Washington Times all ran versions of an AP article that referred to the victim as either a “man dressed as a woman” or a “crossdresser,” depending on the time of publication. AmNY’s Alison Fox ventured out on a limb to display a stunning lack of knowledge of how being trans works by saying Kathy’s “chosen gender” remained unclear at press time, implying that gender is something one selects from some manner of gallery based on their whims.

Not that news sources that actually attempted to do their research were any better. CBS reporter Lou Young, while managing to respect Kathy as a trans woman, appeared obsessed with linking her to sex workers in the area in order to further sensationalize the story. In his video, Young can be heard baiting neighbors’ accounts of other trans residents, making comments like “They dress as women” and “walking the streets” to prompt more scandalous sound bites. One anonymous interviewee (referring to the trans women who regularly congregate under the train tracks) salaciously hints, “They like to get some drunk guys, you know what I’m saying?”

Yessir, I know exactly what you’re saying: that these women were nothing more than common whores, luring innocent drunk guys into their web of icky transness to prey upon their cocks and wallets. Because this is where things get extra gross: the news media, in its hunger for a story that’s both easy and sexy, has willfully propagated a narrative that feeds into the dehumanization of sex workers (especially trans sex workers of color) and directly inspires future assaults.

Don’t believe me? Read the comments section. It’s a common piece of advice on the Internet that one should “never read the comments,” but to me, that’s just sweeping our problems under the rug. Sure, there are lots of trolls out to provoke a reaction, but there are just as many who honestly believe anti-trans hate messages like the following (all boldface emphasis added):

Other commenters referred to trans people as “confused things” and laughingly assured each other “C’mon, it’s [the attacker] a black.”

Cis America can look at those comments (which I have neither the time nor emotional reserves to unpack) and chuckle at their ignorance, but the rest of the transgender community and I don’t have that luxury. We live in a world where words like these—borne of ignorant, lazy “reporting” that’s merely a leering version of the police report, and warped into cruel mockery by callous desk-jockeys who will never know us until after we’re beaten to death in the street—inspire others to repeat what was done to Kathy Sal.

Transphobia and hate is made, not born. It’s been a part of Western cisgender thinking for decades, growing like a social tumor, infecting us from the day we enter the world. It’s why so many trans people are terrified of coming out, why even more will never admit that they’re trans. Why would they, if their only rewards are slurs and curb-stomps? It’s time to demand that the media finally take responsibility for feeding hatred and intolerance, and hold them to a higher standard: one that respects trans identities and engenders love, not fear and misinformation.

Last Friday night, as I walked home from a concert around midnight, I was followed to the front door of my building. Looking back, my heart stops at the thought of what might have happened to me if I hadn’t pushed the door closed seconds before he ascended the steps. If he’d followed me inside, or reached me before I opened the door, you would not be reading these words. Instead, you’d be reading about the “man wearing makeup” who’d been beaten outside “his” apartment. My identity would mean nothing, and though my family would mourn, most others would scoff—and the news would debate my very existence into oblivion.

That’s not good enough. If society won’t give us our lives, we’ll shove them in your faces until you start treating us like human beings. Because despite the media's assertions to the contrary, that’s the least we deserve.