Me, Politics and the Internet: 10 Years Shot to Hell

It turns out I have a very trivial mind. 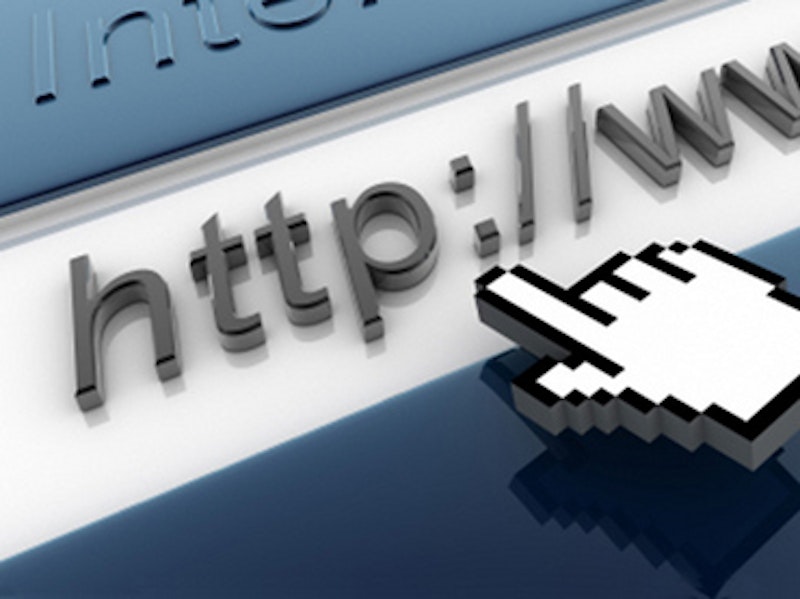 I spend too much time alone, which means I spend too much time on the Internet. I don't care about eBay or TMZ or Professor Bonk's House of Coeds. Instead I focus on blogs that discuss U.S. politics from a pro-Democratic slant. I started when Trent Lott detonated his mouth and blew up his career. Do you remember? (It involved a senator named Strom Thurmond who was 100 years old, had orange hair and ran for president as a racist.) Iraq hadn't happened yet, or not quite. Nasty right-wing bills sailed through Congress on one-vote margins. All so long ago. A decade.

Now Lott is gone, George W. is gone, Tom DeLay is gone. But I'm still here. It's been a tough 10 years of wading through “your” for “you're” and “its” for “it's.” I don't think I'll ever stop, which is sad. I don't think I've gained anything either. At the start I printed out and devoured the news articles recommended by Kevin Drum and Matthew Yglesias. I knew the score about Curveball, Doug Feith's private intelligence shop and the course of the Iraqi occupation. But that was the start, the first couple of years.

After 2004 I quit reading the news proper and settled for the back-and-forth between liberal and conservative blogs. Yes, I can stir myself to do research—for example, when I'm writing about an election. But my two years as a news junkie are done. Instead I'm addicted to something else. Most politics on the Internet takes this form: “Can you believe what that guy over there just said?” That's what I'm addicted to.

For instance, the other day I spent two minutes reading a post about an op-ed piece by Bobby Jindal, the alleged policy intellectual who is governor of Louisiana. The piece was supposed to propose a bold new program for today's up-from-the-ashes Republican Party. Instead it offered up term limits, a balanced-budget amendment and other items from the same-old same old. The post deriding Jindal was the third I've read about that very same op-ed piece. What have I learned? That Jindal may not be as smart as his boosters say, or that Republicans as a whole can't tell new ideas from old, or that daring op-ed pieces by incumbent politicians tend to go easy on the daring part.

Of course, the third claim is pretty much of a truism, the second is something I've taken for granted since 1989, and the first claim—well, I could have gathered up the two minutes I spent reading the post, the five minutes I spent reading the other two posts, and the minute and a half I just spent scanning a post about Dinesh D'Souza (apparently his film, 2016: Obama's America, remains a piece of shit even months after its release) and bundled all that time together into a quick read of an article describing what Jindal has done as governor of his state. Something about teaching creationism in schools, am I right?

The hell with it, I'm not really interested. I mean, I could gather together a Jindal dossier and dope out some well-founded thoughts on what he's up to, on the man and his capabilities, on the course of his career and what it means to today's right. But I'd have to be paid to do that. What I like is the look-and-point. Look over there, what an asshole. Jindal, Erick Erickson, our old favorite Rush Limbaugh, whoever.

There's always material and I never get tired of it, but God forbid some intelligent foreigner wants me to explain the two parties' negotiating positions regarding the fiscal cliff. All I could do is steer them to Jonathan Chait's blog at New York and tell them that whatever he's saying is what I would say if I thought for a bit. (I might also point them to Paul Krugman. But he's a brand name and I want to look like I have some independence. So, okay, Jonathan Chait.)

This is after hours and hours, days and days, weeks and weeks, months and months, years and years... What I'm trying to say is, it's after a decade-long self-imposed sentence of doing nothing much except reading about my nation's political life. Fuck! I didn't learn anything. I don't even remember my arguments for why Colin Powell had to be full of shit when he said he wasn't to blame for his United Nations speech. They're almost there, but not quite. They're buried under the years and under a heap of minor outrages that came and never quite went. That heap takes up most of my mind.

And now Rep. Louie Gohmert (R-TX) will say something dumb.