Comptroller: The Best Job in Maryland 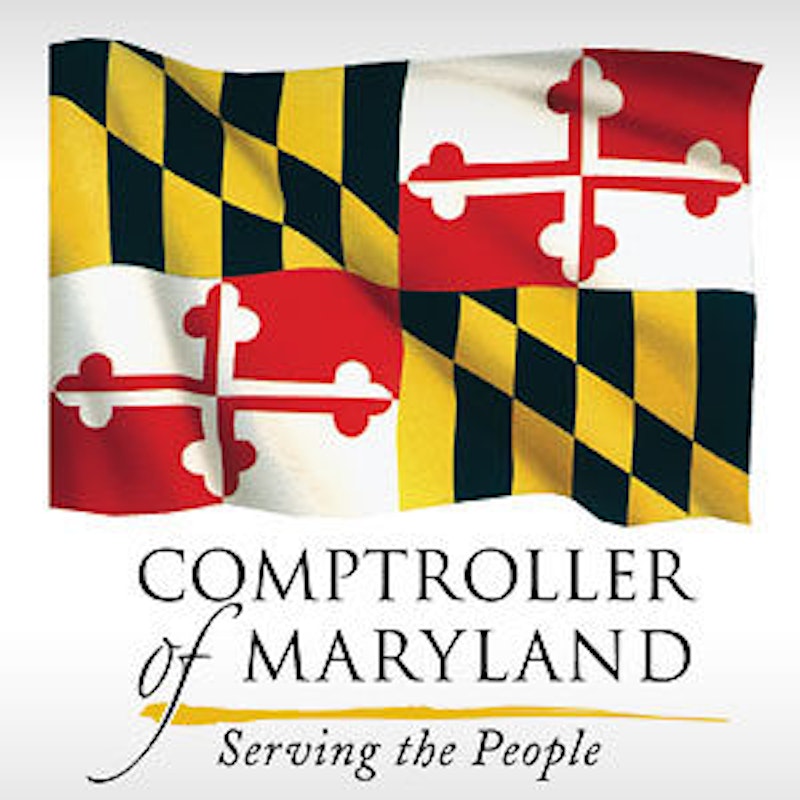 That was a deft move by Maryland Comptroller Peter Franchot. His polls told him he couldn’t win for governor so he declared for reelection to a third term as comptroller to stake a territorial claim on the job. It worked. Sen. James Rosapepe (D-Prince George’s) immediately withdrew his candidacy for comptroller.

But there may be more to Franchot’s decision than the mere feigning of humility. Franchot, despite his ambition for a resume upgrade to governor, may have discovered that the comptroller’s job is the best 8:30-4:30 gig in Annapolis, in Franchot’s own words “the best job I ever had.” The office requires little after-hours attention to the public except in election years. The work of the comptroller’s office is performed mainly by computers.

And other than two Board of Public Works’ meetings a month, two Board of Revenue Estimates’ meetings a year and an occasional bond sale, the comptroller is free to roam the state as kind of an ambassador to Maryland’s world of high finance. Beyond those formal occasions, there’s a lot of attention-getting and little responsibility except to hire good people and make certain the office runs like a high-efficiency computer.

The job description is no fault of Franchot’s. That’s the way, more or less, that its functions are spelled out in the Constitution. Before Franchot, nobody exaggerated the comptroller’s role more than the late Louis L. Goldstein and after him William Donald Schaefer. Before them, the office was so drab and nondescript, than very few people even know that Millard J. Tawes had been comptroller before he became governor in 1958.

Comptrollers like to say their main function is to collect taxes. But nobody really collects taxes. Citizens pay taxes either by mail or electronically under the threat of punishment by law if they don’t.

But hear Franchot tell it in a letter to his supporters: “I have developed an abiding love for a Comptroller’s office that has been recognized as the best in the nation, and is admired throughout the State of Maryland for its high standards of efficiency and professionalism.”

Franchot almost certainly would have been a factor in what is expected to be a crowded and well-funded Democratic primary contest for governor to succeed the term-limited Gov. Martin O’Malley although he was by no means considered a front-runner. The race, at this point, includes: Lt. Gov. Anthony Brown; Attorney General Douglas Gansler; Howard County Executive Ken Ulman; and Del. Heather Mizeur (D-MoCo). Gansler is a prodigious fundraiser as is Ulman. And Mizeur, openly gay, is no doubt encouraged by the comfortable vote that the same-sex marriage law racked up on referendum.

The enduring hex over Brown, though he’s considered the front-runner at this point, is that no lieutenant governor of the six before him who’ve inhabited the office since it was created in 1970 has ever been elected to the governorship. They include: Blair Lee III, Sam Bogley Jr., J. Joseph Curran Jr., Melvin Steinberg, Kathleen Kennedy Townsend and Michael Steele.

So consider this early-bird formulation: Brown is from Prince George’s County so concede that territory to him. Gansler and Mizeur are from Montgomery, so grant that vote to them. Ulman is from Howard County, so that vote goes to him. With those cancelling each other out, what’s left of the Democratic base are Baltimore City and County, both with huge black populations which surely would benefit Brown.

Franchot became comptroller in 2008 through an audacious and long-shot challenge to the durable Schaefer who as comptroller began to publicly exhibit his more cantankerous nature. He leveled a caustic ethnic slur at a young Hispanic server at McDonald’s for not delivering his happy meal fast enough. He characterized former Anne Arundel County Executive Janet S. Owens, another candidate for comptroller, as a frumpy old woman.

But the final straw occurred at a BPW meeting when he ordered a young secretary to take a second spin so he could get another look at her backside. The public agreed with Franchot: Schaefer was finally losing it after a half century in public office as City Council member and president, mayor, governor and comptroller.

Franchot served 20 years in the House of Delegates as a Takoma Park liberal. But as comptroller, he has moderated his views and lurched to the center, if not the right. As a Delegate, for example, he favored legalized gambling; as comptroller, he has opposed casino gambling and campaigned actively against the expansion of gambling, even appearing in commercials.

As one of three members on the BPW, Franchot often acts as a contrarian, railing against the spending and tax policies of O’Malley as well as dissenting sharply from his fellow member from Montgomery County, Treasurer Nancy K. Kopp, also a former delegate.

But it was Goldstein who elevated the comptroller’s job to celebrity status. Goldstein used to arrive at his office a 7:30 every morning and personally answer the comptroller’s office phone. After a half hour he’d disappear for the rest of the day to participate in local dedication ceremonies. But he developed a reputation as a politician with a personal touch: “My God, Louis Goldstein answers his own phone,” constituents used to say. When the comptroller’s office was criticized for being behind the times, Goldstein was asked why he didn’t install computers. “Computers are idiots,” Goldstein replied. When he finally submitted, The Wall Street Journal praised the Maryland comptroller’s office as being the most advanced and efficient in the nation. But the amazing sleight of hand that occurred during Goldstein’s 39-year reign as comptroller was that his signature appeared on every refund check but never on the tax return forms.

Schaefer was bored with the comptroller’s job because there was so little to do. He reorganized the office to mimic the organizational flow-charts of the governor’s office, where he served from 1987 to 1995 complete with a cabinet and an elaborate staff with a full billet of titles. Schaefer spent his eight years as comptroller razzing and ragging on Gov. Parris Glendening (D), his successor, over minor and major matters but none as consequential as outing Glendening’s dalliance with a staff member who was liaison to the BPW, whom he later married after learning that she was pregnant without benefit of clergy.

If history is any indication, Franchot has made a career choice that could lead to a lifetime job. There’s no term limit on the comptroller.