As Maryland’s Martin O’Malley winds up his governorship, aides scramble for life after Annapolis. 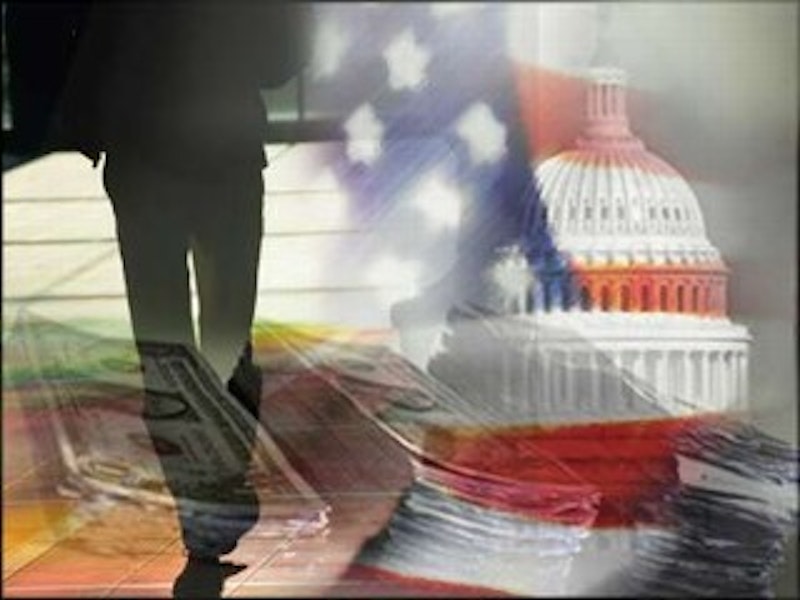 It’s a sure sign that the administration of Maryland Gov. Martin O’Malley (D) is winding down even if the governor’s office won’t admit that time is running out. His top aides are scrambling to cash in on what they know and, more importantly, who they know. And the appearance, real or not, of having the Governor’s ear is hard currency in Annapolis.

In the remaining two years of the term-limited O’Malley’s final four, there will be more arrivals and departures in the State House than at BWI-Thurgood Marshall Airport. The latest staffer to head for the wonderful world of money is Rick Abbruzzese, who has served O’Malley in several key slots, mainly involving communications. He follows by a couple of weeks the departure of Joseph C. Bryce, the Administration’s top legislative lobbyist. Both have signed on with high-bracket lobbying shops.

At the same time, O’Malley’s political action committee, O’ Say Can You See, is ramping up its activities as his name is firmly fixed by the media on the list of possible presidential candidates in 2016. According to reports, the O’Malley PAC is vacuuming a minimum of $1000 per person at a Chevy Chase fundraiser.

The revolving door between government and the private sector is nothing new but the phenomenon has accelerated greatly since the Reagan years when deregulation began in earnest and many federal regulatory functions were kicked back to the states. Back in the 1960s and 1970s, there were about 20, maybe 30, tops, registered lobbyists prowling the State House hallways and committee hearing rooms. Today there are nearly 1000, with the registration list growing annually. In the nation’s capital, there are more than 10,000 registered lobbyists in what is a growth industry.

Despite the derision and the scorn associated with the term, lobbyists play an important role in the process of legislating. Virtually every facet of our lives and livelihoods are covered by some aspect of the body of Maryland law or affected by one or more of the 2000-000 bills that are introduced in the General Assembly every year.

Lobbyists, though working in the self-interest of paying clients, help to unravel insights and implications in legislation that often might be unintended or overlooked in the draftsmanship or even intentionally slipped into a bill, in legislative parlance called a “snake.” Of course, lobbyists often work to amend or change legislation to the benefit of their patrons or otherwise inveigle friendly lawmakers to sponsor bills that enrich others at the expense of the taxpayers. It used to be said, for example, that the late Sen. Harry “Soft-Shoes” McGuirk, of Baltimore, was so skillful that he could change the entire intent of a bill merely by shifting a single comma, a talent that might be envied, if not replicated, by similarly endowed lobbyists.

Lobbying has become a predatory business. The horde of lobbyists regularly poaches on each other’s clients in excessive displays of capitalistic aggression. But more than that is the annual race to the number one spot on the list of the 10 top earners. The ranking in itself begets even more business. It is commonplace for one or more lobbying firms, with multiple clients, to earn upwards of $1 million during a 90-day legislative session.

Lobbyists have become a necessary luxury (or evil) for anyone with an issue or a cause before the legislature as well as the Board of Public Works and the state bureaucracy itself. Navigating the intricacies of government is a full-time occupation that is alien to almost anyone who has never served time on the inside of the maze. Knowing state government’s flow-charts and the legislature’s seating chart are a plus. Having the governor’s private phone number is a major bonus.

Serving in the highest echelons of government is a power trip that is destined to end at some point either by law or by the whim of the electorate. The demands at that level are debilitating on time, energy, travel and even families and the burn-out rate is fast and frequent. At the peak of a legislative session, for example, 12- and 14-hour days are commonplace. It’s a heady life but with a hefty personal price.

Power is the appearance of having power. Abbruzzese and Bryce, and before them Sean Malone, Steve Kearney and Michael Enright, were wise to depart the State House while O’Malley is still ensconced as governor. It is precisely that appearance of access that clients are paying big bucks for and the kind of gilded calling card that entices new business.

Malone has his own lobbying firm; Enright heads an energy company that is attempting to build a wind farm in Maryland, a priority of O’Malley’s that is likely to be revived next year (along with a sales tax on gas and elimination of the death penalty); and Kearny heads a communications firm that has made serious coin handling O’Malley’s campaigns.

Many in the corps of lobbyists completed their basic training as employees or members of the General Assembly. During last year’s special session to consider gambling expansion, for example, at least 10 of the top lobbyists working on the issue were former aides to Senate President Thomas V. Mike Miller (D-Calvert-Prince George’s), the legislature’s leading croupier. And another lobbying firm houses a former speaker of the House as well as a former speaker pro tem. Still other registered lobbyists are members or partners of law firms who are delegated to protect their clients’ interests in Annapolis.

Not all lobbyists ply the trade for big money and ego trips. The growth in the number of advocacy and public interests groups has spawned a battalion of lobbyists on its own.

A modicum of transparency offers a glimpse into the dark art of lobbying. The state regulations governing lobbyists’ activities have tightened greatly over the years. One of their most egregious undertakings was fundraising for members of the legislature, a freewheeling enterprise which literally made lobbyists middle-men between their high-rolling clients and lawmakers. Lobbyists are now limited on what and when they can engage in the seedy business of money-grubbing. And they can only entertain (pick up the tab) entire committees and not individual legislators. Lobbyists as well as employers must register with the State Ethics Commission and anyone doing business with the state must also register with the SEC.

Occasionally there is a step over the ethical line. In recent years, at least three lobbyists—Bruce Bereano, Gerard Evans and Ira Cook—have been reprimanded, indicted or censured for criminal violations or ethical lapses. At least two, Bereano and Evans, have bounced back and are among the highest paid lobbyists in Annapolis.

Yet by definition, the single most powerful lobbyist in Annapolis is not a member of any lobbying shop, law firm or a single-client entrepreneur. The most powerful, and convincing, lobbyist is, de facto, the governor of Maryland. Whoever he is, at any given moment, has all of the necessary hidden persuaders—a $34 billion budget, 5000 patronage jobs, roads, highways, bridges, school construction funds, all of the other state-sponsored gee-gaws that make up the amorphous world of loose ends called government as well as a statewide political organization to torque up pressure as needed. Often a governor’s bag of tricks is the most effective way of doing it. And it’s handy to have his phone number in the Rolodex.