The Media's Bizarre Amorality Helps No One

We're our own worst enemies. 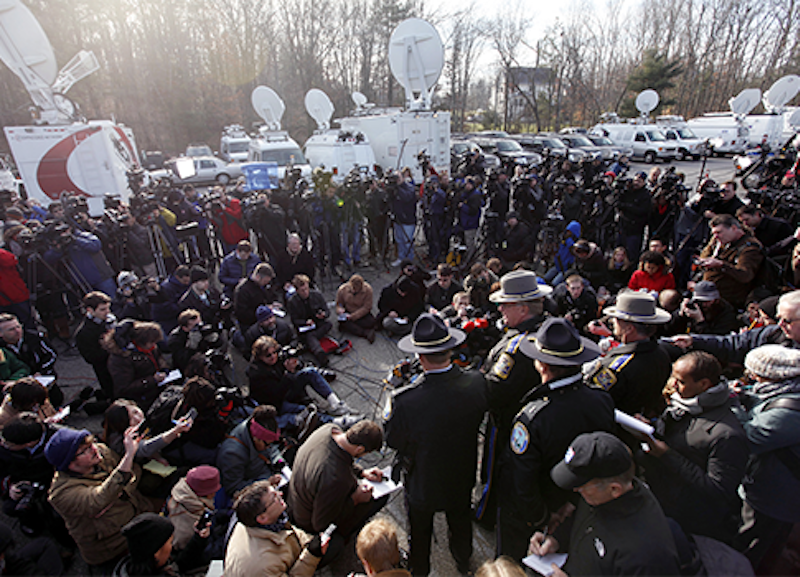 I just watched a clip from Politically Incorrect with Bill Maher, from just over 11 years ago in November 2001. The U.S. has just invaded Afghanistan, and the panel discusses the novel Bush Doctrine, how the U.S. should go about its occupation and why young, “desperate” Middle Easterners are dying for the Taliban. Superficially the scene feels like another world, everything about it is appropriately dated—the goofy synthesized courtroom sounds in the pre-show bumper; the very 90s upright bass in the ABC ad; Bill Maher’s considerably thicker coif; “sky marshals”; Henry Kriegel’s sad parroting of the saw of the time, “They hate us for our freedom.”

Even this line has become a joke to most, but given the galvanized, enraged spirit of the country at the time, what’s surprising is how confused and muddy the discussion and lines of thought are, only two months after 9/11. Starry-eyed and dazed from the attacks, everyone appears too overwhelmed to assert what seems obvious now: occupy Afghanistan, destroy the Taliban, and leave. Already, Iraq is brought up as a possible next stop, and the conversation only gets more and more depressing as you process everything said with 11 years hindsight. Katherine Spillar brings up the Taliban’s awful misogyny, Robert Scheer and Kriegel spar over the U.S.’s support of the Mujahedeen in the Cold War, while Marlee Matlin remains generally humble and in awe of the anguish all around her. But there was an enemy, a “them,” to blame.

It’s cable TV and it hasn’t changed a bit since 2001, even if we can see Maher’s ruddy mug in HD now. It’s an enormous amount of noise, even in hindsight, driven by the oft-forgotten fear that we could be attacked again at any moment, widespread for years after the fact. How sad they would be to know 11 years later our country is tearing itself apart—divided by alternate reality pseudo-libertarian racist gun-nut Jesus-sluts and those too desensitized, paralyzed with horror, fear, and helplessness too apathetic to engage with the world and fix it; there are few in between. Now we’re more afraid of getting shot up at the mall than blown up in a building.

Another PI clip, from early 2000: Jason Alexander, Ali Landry, and Billy Corgan squabble over whether or not Texas A&M should continue their tradition of building a tower of logs and setting it on fire every year, despite the event killing several students in 1999. Landry is the token airhead here, arguing for the value of tradition and the fact that it’s been done for 90 years is reason enough to continue; everyone else gets high off the fumes of her smoldering corpse. Even though we’re discussing the deaths of college students, and the same oppressive lack of direction pervades, the conversation is quaint, its participants innocent of amplified, accelerated horror. Looking back, it’s hard not to see this amoral approach by the media as the root of the bizarro nightmare land we live in today. The enemies are no longer terrorists, but faceless, completely unpredictable young men with mental health problems who feel belittled and emasculated by a culture that glorifies the violence it supposedly condemns, loves making the infamous household names, and every time asks cloyingly “Why?,” perpetuating an awful new cycle: the disturbed, anti-social young man eager to go down in history as a horrible monster rather than an anonymous, sad nobody. While the news used to be entertaining in a rubbernecking way, after Friday’s Newtown news, it’s too much to watch without feeling deeply nauseous, the sense that something is deeply wrong with our world, and it’s not any terrorists, it’s us.
—Follow Nicky Smith on Twitter: @MUGGER1992