Taking a lesson from Homeland. 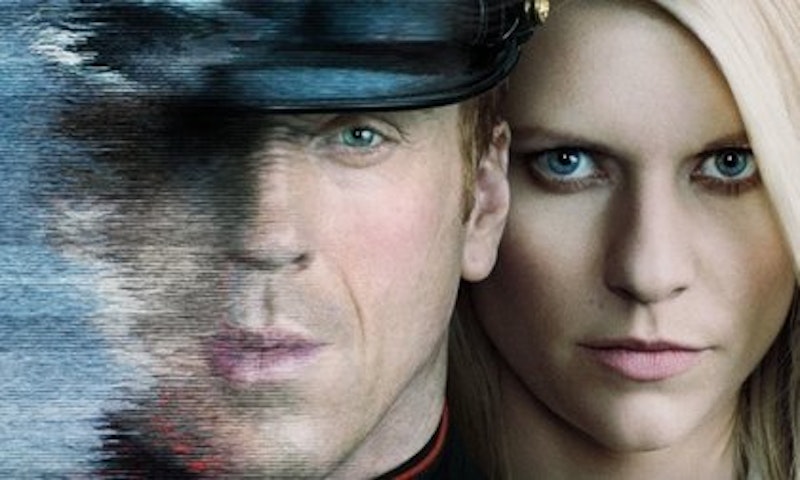 Right after this year's elections, the Acton Institute hosted an "open mic" night for conservatives at Chicago's University Club. The mood was somber, bordering on funereal. Much was made of the various voting blocs Republicans had lost badly: Hispanics, Catholics, Hispanic Catholics, and a panelist probably threw in Unicorns for good measure. Acton President Father Robert Sirico insisted Republicans had really lost the largest piece of the electorate: dumb people. Despite being extraordinarily qualified for the job, Mitt Romney could not connect with the average, stupid voter.

In a post-election Corner post, Sirico similarly argued that conservatives must recognize the "failure on our part to make persuasive, compelling, and authentic the message and identity we bear." Ultimately, without having formed "a clear, vibrant, winsome, and effective 'world view,'" conservatives lost a war of communication. The Paulist priest suggested conservatives ought to communicate more like Ronald Reagan and Abraham Lincoln had. "We need to speak in parables again," Sirico pleaded. Steven Spielberg then showed us exactly how Lincoln had used stories, jokes, and folktales make complex ideas seem simple.

Enter Homeland. Showtime's Emmy-winning psychological thriller is at the close of its second season and it finally took up the "Why do terrorists do what they do" question. Carrie Mathison, a roguish CIA agent, at last gets the chance to give Abu Nazir, the show's top jihadist, a piece of her mind. This back-and-forth deserves some attention. Mathison thinks she's going to scare Nazir by saying that he's "never going to leave this country alive." Without hesitation, Nazir tells Mathison: "I know and I don't care." This baffles Mathison, so Nazir asks: "You can't even imagine that, can you? Believing in something bigger than you, more important than you. We are at war. I am a soldier." "You're a terrorist," Mathison quips. No, Nazir says. An American drone strike killed his family. The Americans are the real terrorists.

Mathison has a story of her own: "It's the last day of Ramadan. A young man enters a Shia village pushing a cart full of candy and toys. He waits in the school playground for all the children to gather and he reaches back and flips a switch." She then offers a stale platitude about how jihadists "pervert the teachings of the Prophet and call it a cause." Nazir explains that he and many of his co-religionists are fully prepared to die. Americans too have "whatever it takes," says Mathison. Nazir laughs and delivers a penetrating indictment—akin to what a jihadist would actually say—worth reproducing in full:

"Really? With your pension plans and organic foods? Your beach houses and sports clubs? Do you have the perseverance, the tenacity—the faith? Because we do. You can bomb us, starve us, occupy our holy places, but we will never lose our faith. We carry God in our hearts, our souls. To die is to join Him. It may take a century, two centuries, three centuries, but we will exterminate you."

A clearly communicated worldview, Father Sirico might say. Homeland's writers disappointingly gave Mathison a catty, hollow, weak response: "Like I said, you're a terrorist." But the writers aren't writing for just a room full of Religious Studies majors or National Security hawks; they're writing for everyone. They're entertaining every dumb person who shells out an extra $19.95 every month to tune in on Sunday nights. Dumb people like to snuggle up to some good storytime. Mathison and Nazir traded their stories and Homelanders can now pull the opinion lever. I pulled mine for Nazir. Not because I'm a jihadist, but because I wish today's conservatives could communicate like one.

Mathison's story exposed the inhumanity and unreasonableness of jihadism, but she didn't tell us what it meant. It means Mathison shouldn't have been talking to Nazir in the first place. There is no negotiation, no deterrence, no Mutually Assured Destruction. There is only strength and weakness. Faith and no faith. Fortunately for Nazir and the like, Americans have shown far too much of the latter as of late.