Massachusetts Has a Congressional Problem 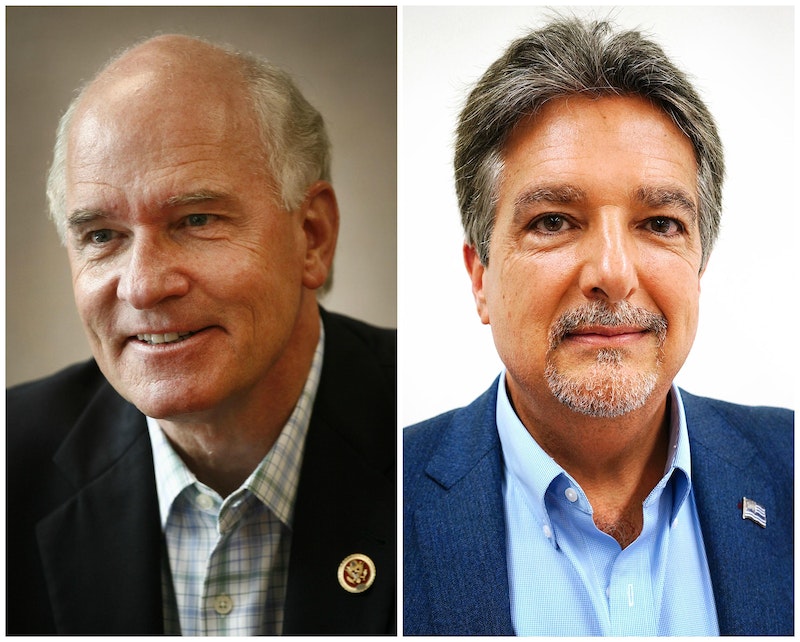 Since 1996, the Democratic Party has a perfect record in Massachusetts U.S. House of Representative races. Opposition is weak. My home district, the Massachusetts ninth, a D+4, according to the Cook Partisan Voting Index, should be competitive for Republicans, but it isn’t. The district is a prime example of how not to challenge an incumbent or, rather, how to lose elections. As someone who dislikes incumbent Rep. Bill Keating’s policies, I think that’s a problem.

In 2018, my district’s race was a blowout, but still the best Massachusetts Republican performance. Keating, the incumbent, won 59.4 percent of the vote to Peter Tedeschi's 40.6 percent. Tedeschi ran a milquetoast campaign. Best known as the former CEO of Tedeschi Food Shops, a convenience store chain with nearly 200 New England locations bought out by 7-Eleven in 2015, he had name recognition. True, 2018 was a down year for Republicans, but Tedeschi didn’t offer anything innovative or exciting to earn votes from left-leaning independents and conservative Democrats—a must for Republicans to win the district.

Tedeschi seems friendly, but his website offered few specific policies and lacked original ideas/solutions to make the country a better place. He was okay with a wall (an unpopular proposal here where visas are the issue) and wanted term limits (in the Kennedy’s state). There was no New Deal or Contract with America. Mostly, there were a few generic sentences on some issues he values, like bipartisanship and veterans. It’s a terrible approach; every candidate in 2020 and beyond should copy Andrew Yang and list more than 160 policy proposals on their site—albeit more detailed than Yang.

Tedeschi deserves credit for running against Keating because no one else did. I voted for him. He was better than Mark C. Alliegro, the candidate who ran in 2016. Unable to secure the Republican nomination in 2014, Alliegro ran again in 2016 and if one checked his Twitter account, they would assume he ran against Hillary Clinton, not Keating. He aligned himself with Donald Trump in an election where winning over Hillary voters was essential for him. He got little media coverage and was trounced (55.7 percent to 33.6 percent); Trump himself only lost the district by 10.7 percent. Again, good for Alliegro for running, but if I mentioned his name to someone in the district, they’d say, "Who's that?"

When name recognition is that poor, stances on the H-2B and J-1 (a grossly misused “cultural exchange”) visa programs are irrelevant (he favored increasing them). It would’ve been great if he ran on removing the payroll tax exemptions for non-resident aliens and their employers stopped making it preferable to hire them over Americans and depress domestic wages. There’s also room to conduct a federal investigation into the labor rights violations and sketchy hiring practices surrounding these programs that are extremely prevalent on Cape Cod.

Meanwhile, 2020 could be worse than 2016 and 2018. As of now, no candidate is running against Keating. It's possible no one challenges Keating; four of the nine Massachusetts districts had incumbents go unchallenged in 2018. It’s hard to say who would be the right person to challenge Keating. The Massachusetts GOP is weak and the few Republicans in the statehouse are unknown and uninspiring (my state Senator Patrick O’Connor, for example, is a social liberal and opposes school choice).

If Republican Gov. Charlie Baker—who I don’t support—wanted to run, he’d likely win. The same could be said if Bill Weld ran in 2010 (in the defunct 10th district) or 2014 before alienating Trump fans. Former Sen. Scott Brown got more votes than Elizabeth Warren in the district in 2012, so he’d be a welcome candidate.

District residency is irrelevant; Keating uses his Cape Cod beach house as his address. A former Harvard Pilgrim CEO like Baker, a WASP like Weld or a US Ambassador like Brown could buy a Cape house if they don't already own one. Outside of that trio, maybe a complete political outsider with innovative, pragmatic ideas to offer real alternatives to progressivism could be an option. A Boston sports star not named Curt Schilling could work as they’d prevent left-leaning outlets from ignoring the candidate. Tom Brady would be the dream pick, but even a World Series champion like Mark Bellhorn would be great.

The big caveat, however, is that such a candidate would need to educate the public on their policies and why they are better and more realistic than Keating’s. There aren’t any Republican politicians in-state regularly doing this with their platforms. I’d like to see someone outside of the traditional Republican orthodoxy run. Someone who’d hit Rep. Keating for taking $10,000 from Raytheon this election cycle, rip him for being OK with corporate welfare (particularly in the energy sector), question his unabashed support for Israeli foreign aid when their country offers its people more services than ours and the money is a handout to American weapons manufacturers (like Raytheon), question his hypocrisy on the whole “my body, my choice” charade (from a libertarian perspective), go after him on his support for the broken guest worker programs and his fiscal recklessness.

Healthcare and higher education are important issues that the right ignores and loses badly on (see: the Millennial vote). It’s a place where a fiscally-disciplined politician can find solutions other than middle-class tax hikes. A universal catastrophic care system would require less government spending than Obamacare and cover every American. Meanwhile, 17- and 18-year-olds could take taxpayer-funded community college classes instead of 11th and 12th grade to get an associate’s degree with a lower cost per pupil than public high schools—a net savings to taxpayers.

I scored advanced on all three high school MCAS tests as a freshman/sophomore, and that’s a major statewide requirement to graduate. Plus, there are many steps the government could take to cut the bloated cost of higher education and healthcare without increasing subsidies.