Fresh Threats on Brink of Extinction 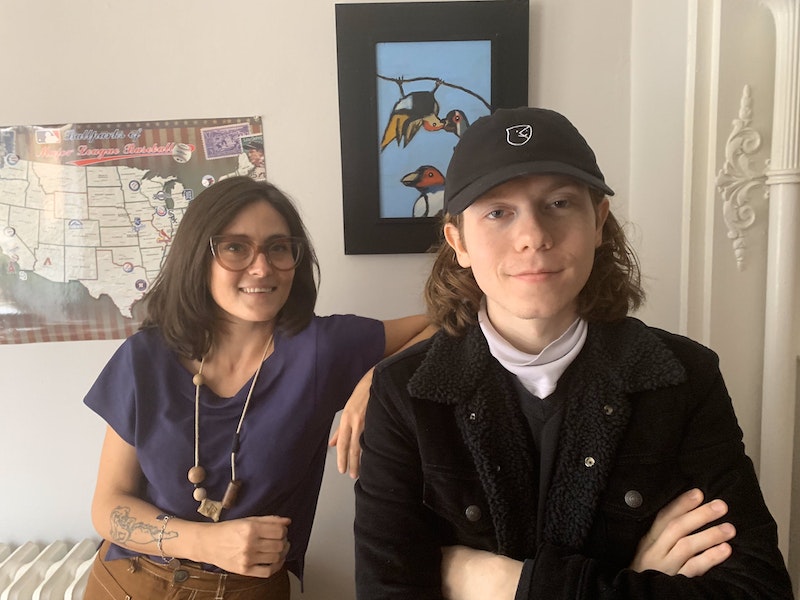 Taking a cue from New York Times op-ed columnist Frank Bruni (who, in case you’ve skipped it, walks his dog in Central Park), I’ll repeat an ironclad observation noted in this space several weeks ago. Most of the media, say 80 percent, privately hope that Donald Trump is re-elected a year from now. How much fun, or copy-worthy, would a President Elizabeth Warren be? Warren’s slightly deranged—like anyone who runs for president—but after Trump, what a snooze for the self-appointed Guardians of the Constitution and Permanent Government. There’s never writer’s block—unfortunately—for men and women like Bruni while Trump’s in office: write the same column nearly every week, but with new crimes against the English language (and swing voters) inserted into the template.

Last Sunday, Bruni was at his Bruniest, with these two paragraphs: “You campaign in poetry, according to a popular saying [really, a cliché at this point, and was two years after the late Mario Cuomo allegedly coined it], and govern in prose. Donald Trump will be impeached in doggerel. I mean his own.” I’ve no idea if Bartlett’s Familiar Quotations still exists, and care so little that I won’t look it up, but if so, I have my doubts that Bruni’s “doggerel” line will make the cut. (Unless Bartlett’s august arbiters, like the journalism Pulitzer Prize committee is top-heavy with his affluent, and, no doubt, Central Park dog-walkers, colleagues.

I’ve no idea whether Trump will be impeached, and then convicted, and no one else does either, despite daily predictions to the contrary. Sticking out was Bruni’s fellow “Trump’s saved my lazy ass” Times columnist Maureen Dowd, also on Sunday, who wrote, “You’re about to be impeached. Nancy Pelosi is kicking your butt. The Deep State is not only out to get you; it’s gotten you.” Dowd also calls Trump “President Snowflake,” as dumb a sobriquet she’s conjured up for years, although I doubt she realizes it makes no sense.

Anyway, Bruni was aghast (or pretended to be) that Trump used the words “human scum” to describe critics—fairly mild, in reality, at least in this era of everyday casual vocabulary—and that he dared to invoke “lynching,” again in a tweet aimed at detractors. Bruni’s not honest, or aware enough, that the word “lynching” was used by Joe Biden, among others, in characterizing the Clinton impeachment hearings, but in fairness he might’ve been at Wegman’s opening in Brooklyn the day he pecked out this column in an Uber.

I do mean to pick on Bruni and Dowd, even though their “doggerel” is replicated in news outlets across the country, because the Times is one of the few remaining subscriptions I maintain. (I do have a cheapo digital sub to The Washington Post, but, unlike the Times—which, despite the paper’s wretched political content, has a modern and simple tech model—I have to log in every time the need arises to seek penance by reading a George Will column, and it’s hit or miss remembering my password, and in the time it’d take a create a new one, my urge to see what Will’s staff has compiled has vanished.)

Thankfully, both columns were printed before Trump’s self-aggrandizing, meandering press conference about ISIS leader al-Baghdadi killed by the military or no doubt they’d reference Putin Over Pelosi/Schiff receiving advance intel, and Trump watching the live operation like a pre-adolescent playing a videogame. And I’m certain they’d join the crowd in cheering the crowd at Nationals Park when Trump, weirdly in coat and tie, made a cameo and was heartily booed by the assembled.

I don’t know how skilled Trump’s advertising team is—probably pretty slipshod, since he’s so cheap—but if his reelection team doesn’t continually air a 30-second spot of Beltway insiders spouting off in key Midwestern states it’d be a costly mistake. As if DC is representative of the country. I got a chuckle out of a Facebook post the other day that claimed the crowd was comprised of “everyday” fans. I guess that’s why Joe Buck and John Smoltz panned the stands and pointed out the various celebrities in attendance.

I’m drifting, but did want to toss an unsolicited, and, needless to say, completely David vs. Goliath suggestion to Times executive editor Dean Baquet. Clean your Augean stables! Cut down on the enormous salaries (amortize the severance deals) of the current roster and hire Twitter artist Emma Wenzel. (She’s pictured at the top along with my son Nicky.) Not a POC, but I think females still get their cards punched more easily at most newspapers.

Here’s an excerpt of a column Em wrote for Splice Today earlier this month: “I’m no longer dwelling on vehicular incidents of yesterday. But a very funny question for some driving poorly in a BMW to ask someone driving very well, and looking good and feeling good, in a cool truck that they then RAM is, “Were you going somewhere?” Bruh, I was driving. I have too many things to do today so I’m afraid that I may need to postpone contemplation hour. Going to turn down my thermostat by two degrees by way of recompense to get it as cold as a meat locker in here. Communicating with Rolo via cuneiform inscription.”

You get the gist. Or maybe not, which doubles, triples, quadruples the reasons why Baquet ought to hire someone who doesn’t take dictation from Chuck Schumer or one more illusory, and anonymous, whistleblower and pass it off as “the first draft of history.”

On a friendlier note, when I’m hopping along the Twitter trail most mornings (the site has replaced Drudge and Real Clear Politics as a portal/aggregator), it’s easier to brush off the mob’s outrage (not confined to one political point of view) that demeans the once-not-so-pathetic term “Vox populi,” by playing a continuous loop of music. I tend to immerse myself with the same tunes—whether it’s The Allman Brothers, Paul Butterfield, Bessie Smith, Billy Bragg or outtakes from Beggar’s Banquet, just to name a few from the past week—and last Tuesday night I was stuck on Nina Simone’s “Plain Gold Ring” from her 1959 album Little Girl Blue. I was four when the record was released, and it took more than a decade to discover Simone (the gateway song, unsurprisingly was “Mississippi Goddam”) but precious metal was struck with “Plain Gold Ring.”

It’s a haunting and melancholy song, and though I don’t identify with it, you’d have to be a robot like Mayor Pete not to feel for the woman in question. Simone sings, “Plain gold ring has a story to tell/It was one that I knew too well/In my heart it will never be spring/Long as he wears a plain gold ring.” These lyrics at the start are barely audible, but then she lets out a howl (the lyrics simply say, “Oh, Oh”) that pierces the room and you can’t think about anything else.