Nobody can stop this president. 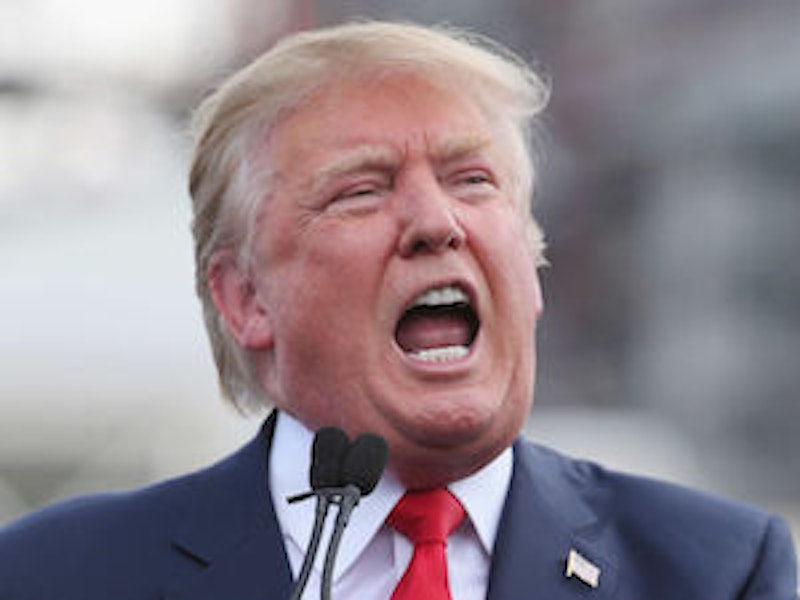 Upon reflection, it’s evident to me that the Democrats have overreached and it’ll backfire on them badly, as their unconstitutional “impeachment” comes to be seen as what once was called a travesty of a mockery of a sham. It’s clear that not only were my onetime qualms about this president erroneous and in retrospect served as latter-day prayers to Baal, but with the lowest unemployment rate in centuries even #NeverTrumper pundits can get new jobs.

I hope Donald Trump retweets this so the world knows there’s a new breed of Republicans who have the biological manhood to storm into a SCIF with their cellphones to stop a secretive coup proceeding and then vote against public hearings that are nothing but Stalinist show trials from the same Soviet Union where people who immigrated as toddlers have infiltrated the National Security Council staff to drag down a phenomenal president who makes better use of the Internet than anyone in the world.

The corrupt media don’t want this message getting out, but the transcript shows the call to Ukraine was not only perfect but beautiful, a masterpiece the likes of which no one’s ever seen, and not only was there no quid pro quo, but the whole conversation was in English, and the Ukrainians fell all over themselves saying, “Sir, we want to do whatever you think best for our security.” Mitt Romney couldn’t have had anything near a conversation like that, even if he’d succeeded in becoming Secretary of State when he begged for it on his hands and knees.

When the leading thinkers of our time, Sean Hannity and Jacob Wohl, are in agreement that this president is the most persecuted individual since Jesus Christ, and everyone who criticizes him is guilty of treason and deserves to be impeached, they’ve been so nasty to Trump, but the wall is going up, and New Mexico isn’t going to get away with this crap where it pretends to be part of the United States. No more bullshit! China, if you’re listening, some of Ivanka’s trademarks need renewal, and Florida’s the one state where you can keep your multimillion-dollar primary residence no matter what witch-hunt lawsuits have been filed by Mario Cuomo’s imbecile son, so Trump was very smart to get out of that region after destroying Atlantic City.

The Democrats are pushing us toward civil war, but patriotic Americans are not only better armed but also older and more subject to disease and dementia, where the nursing homes will be empty as our militias wield their AR-15-mounted walkers against the #NeverTrump human slime that oozes out of Joe Scarborough’s mouth while Mika tries to cover her hideous face under layers of Nancy Pelosi’s unconstitutional #NeverHuman makeup first thing every morning. But the President doesn’t watch that show, because he’s too busy reading documents. This has to stop. It’s bad for the country.