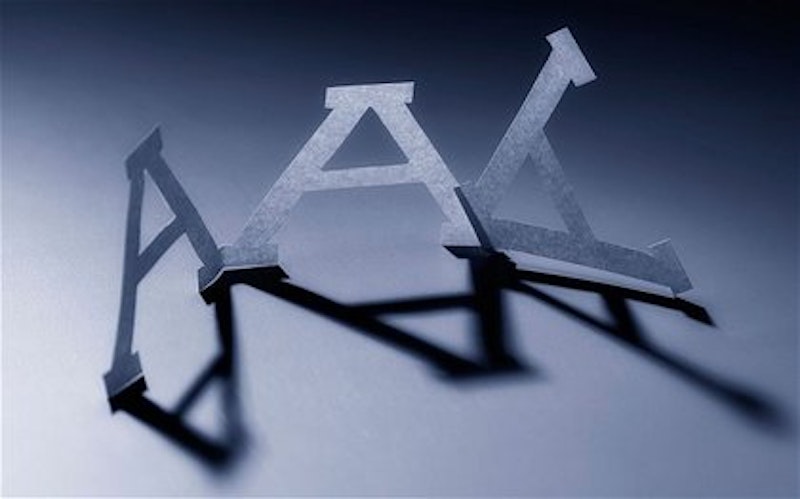 There’s a secret about Maryland’s celebrated Triple-A bond rating that the public may not know. The state pays the bond-rating houses nearly $700,000 a year in fees to win the coveted seal of approval and the accompanying bragging rights. In certain quarters and under certain circumstances, such an arrangement might be considered piracy or even extortion. But not on Wall Street.

A stunning turnabout occurred in the early 1980s when Moody’s, Fitch and Standard & Poor’s, the three major bond-rating houses, decided a more lucrative and secure business model resided in representing bond sellers rather than buyers. Before that reversal, the three houses where hired by major investors, such as banks and investment firms, that buy huge blocks of state and municipal bonds to make certain their investments were solid and secure.

The Triple-A rating was bestowed upon Maryland again last week, one of only seven in the nation. What the rating means is that Maryland will pay significantly lower interest rates on the money that it borrows against the sale of general obligation bonds. And it arrived just in time for the summer bond-selling season when Maryland anticipates peddling about $800 million in bonds. With nearly $10 billion in bonds outstanding and its bonding limit almost reached, Maryland has the highest per capita bonded debt of any Triple-A rated state in America.

The downside of borrowing money is having to pay it back. As originally structured, the state’s share of the property tax, currently 11.2 cents per hundred, was dedicated solely to paying off bonded debt. Through that arrangement, bondholders were assured of their payment and could sue the state if the property tax level was dropped to a yield below what was necessary support the payback of bonded obligations.

Then, too, general obligation bonds were used exclusively to pay for public places such as buildings and other bricks-and-mortar projects. But starting with Gov. Parris Glendening (D), the Capital Budget, which is largely funded through the sale of bonds, began to assume the appearance of a patronage program. It was greatly expanded under Republican Gov. Robert Ehrlich Jr.’s faith-based approach to government which funded all manner of projects for black churches such as social halls and recreation centers. Today, the Capital Budget serves mainly as a patronage trough for legislators in addition to its primary function.

Across the years, though, the state’s full faith and credit has been used to relieve pressure on local property taxes. Dating back to the 1970s, the state assumed responsibility for local school construction to the tune of hundreds of millions a year in general obligation bonds. And the state has also underwritten many projects that local governments wanted but couldn’t afford.

As a prelude to reaffirmation of Maryland’s long-standing Triple-A bond rating, Gov. Martin O’Malley (D) asked the Board of Public Works, the state’s highest administrative agency, to cut $84 million from the state’s $16.1 general fund portion of Maryland’s $39 billion budget as a hedge against future deficits. It was the fifth round of cuts since 2010, totaling $9.5 billion toward shrinking the size of government and reducing the state’s workforce.

The cuts were also intended to assuage the bond rating houses in advance of bond sales—the very same rating houses that completely missed the collapse of the housing bubble and sub-prime mortgages. For today, the rating houses look beyond the state’s property tax rate for economic health and the ability to repay loans. To that end, they consider a variety of fiscal standards—balanced budget, outstanding debt, tax structure, reserve funds and other measures of economic good standing. Thus, the award by the three rating houses appears to be a validation of Maryland’s fiscal management.

For example, the cuts made by the BPW might suggest that Maryland is nearly broke. But this is hardly the case in a state that has nearly $1 billion in its rainy day fund. In fact, a case could be made that such a large reserve indicates that Marylanders are over-taxed, even though it costs about $111 million a day to operate state government.

There is a second underlying benefit running through O’Malley’s latest round of budget cuts. And that is to avoid the build-up of a deficit during an election year that he might bequeath to his hand-picked successor and understudy, Lt. Gov. Anthony Brown.

Brown has stated repeatedly that he sees no need for a tax increase in the immediate future but that he would order a study to make certain that Maryland’s tax structure is balanced. Read into that what you will. Handing off to Brown a clean set of books would give O’Malley’s successor breathing room as well as buff up the governor’s own image as a responsible fiscal manager in his exploratory campaign for president.

The action is significant because Brown’s general election opponent, Republican Larry Hogan, has already set a campaign direction that challenges the O’Malley Administration’s fiscal policy as well as embraces a gradual rollback of taxes.

Part of O’Malley’s pitch early on the campaign trail is a fixed section, in a speech of inter-changeable parts, about the tough choices he made during difficult times that helped Maryland to recover faster than other states from the near economic collapse.

Not too many decades ago, the run-up to the award of Maryland’s bond rating status involved a major roadshow by the state’s top officials. The governor, comptroller, treasurer and major fiscal officers would shuttle to Wall Street aboard Amtrak to ballyhoo the state’s sound fiscal condition to representatives of the bond rating houses as well as major financial institutions.

The highlight of the presentation was the late Comptroller Louis L. Goldstein’s cornpone speech about Maryland’s bounties and his expansive invitation to everyone in the room to join him on the Eastern Shore for a round of goose hunting. That down-home invitation always seemed to virtually assure a Triple-A rating.

Today, no such homespun face-to-face meetings occur. The business of setting the bond ratings is conducted via conference calls and emails and the paychecks are sent to New York.