The out-of-gas Times pundit strikes out against the elite. 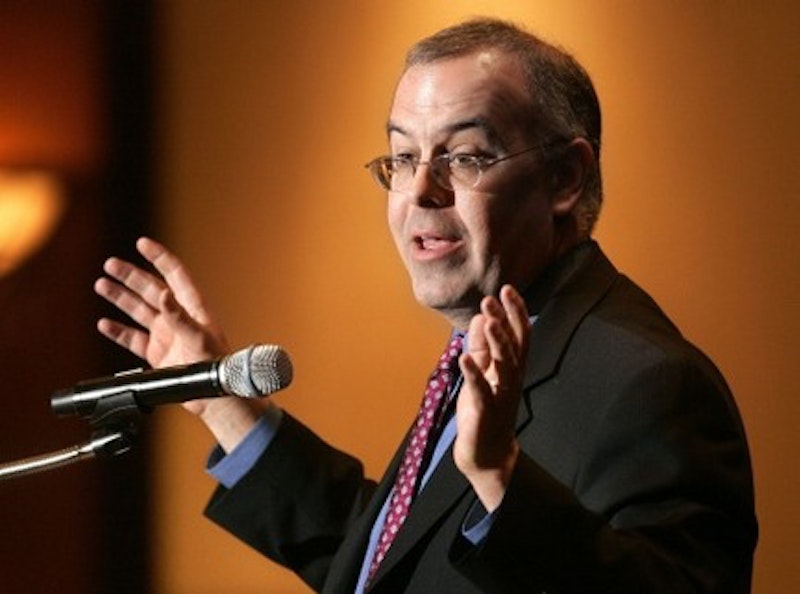 After reading David Brooks’ April 1 column in The New York Times, there’s only one conclusion a person can reach: the beleaguered pundit is looking for a job. It’s only a matter of time before there’s a shake-up within the roost of Jill Abraham and Andrew Rosenthal, and Brooks, by now a punchline for both centrist conservatives and the Democrats who once admired him for bonding with President Obama over Edmund Burke, isn’t likely to get a turkey’s pardon. There’s only so much drivel, one would assume, the JA/AR duo can stomach.

Brooks’ pathetic op-ed, “The Employer’s Creed,” is so vacuous and sanctimonious, giving advice to head-hunters and those who handle the hiring at companies large and small, that you almost feel sorry for the schlub. Really, this is an ostensibly bright middle-aged man, who at one time was sky-high on the journalistic pecking order, but clearly has fell on hard times.

In his “Dear Employers” manual, Brooks advises against automatically hiring the young graduate who achieved a high GPA in college, made the right connections for internships and, in a spare month, “dug wells in Peru.” Novel! Not even cavalier college admissions officers are fooled anymore by brown-nosers who adhere to a strategy that began to fall out of favor a half-dozen years ago. He writes, most unlikely unaware of the sleazy pomposity: “If you follow these principles in your hiring practices, you’ll be sending a signal about what sort of person gets ahead. You may correct some of the perversities at the upper reaches of our meritocracy. You may even cultivate deeper, fuller human beings.”

Christ. Over the course of my career, stretching back to 1977, I’ve hired around 1000 people and not once did I think about “cultivating” a “fuller” person. Granted, the Lilliputian world of weekly newspapers was nothing like huge-circulation magazines or high-profile broadsheets like the Times or Washington Post (where a journalism degree from Northwestern, or, preferably, Columbia, was almost mandatory), but getting a read on a potential employee is universal. In my case, for better or worse, I didn’t look at resumes, didn’t care if the applicant went to college, eliminated those who were fulsome in their praise for my newspaper, and boiled it all down to one question: What can you do for me? If he or she couldn’t think quickly enough to answer that simple query with sincerity, or wit, it was on to the next person. In New York, I once took on a salesman whose only experience in that field was hawking Christmas trees and fruit on the Upper West Side. But he spun yarn after hilarious yarn, and within a year was pulling down $200,000 a year, which was serious money in my industry.

Brooks, the failed pop sociologist, who began his career in the conventional way that he now opposes (a University of Chicago alumnus, he secured an internship at The National Review, and then migrated to The Wall Street Journal, Weekly Standard and finally the Times), now advocates hiring, for example, “Dualists.” He writes:

The people you want to hire should have achieved some measure of conventional success, but they should have also engaged in some desperate lark that made no sense from a career or social status perspective. Maybe a person left a successful banking job to rescue the family dry-cleaning business in Akron. Maybe another had great grades at a fancy East Coast prep school but went off to a Christian college because she wanted a place to explore her values. These people have done at least one Deeply Unfashionable Thing. Such people have intrinsic motivation, native curiosity and social courage.

You’d think that Brooks might’ve understood, before turning 50, that a person who helps his or her family in dire times is probably a Good Person, but I suppose it’s better late than never.

So, maybe this is a job audition for Brooks, for even he, inhaling for so the long the rarefied and clubby Beltway air, must realize his stock is sinking faster than the price of King Digital. And this may set him up for a new position in… Akron.