Non-White People of the World, Give Thanks!

Jonathan Chait's America will save you. 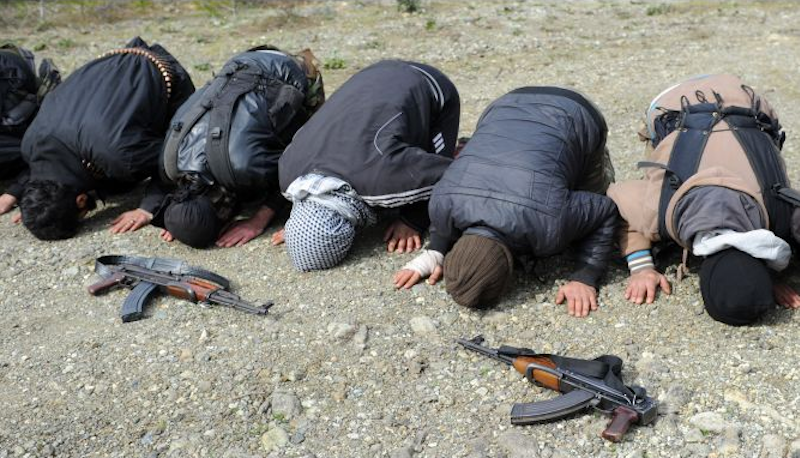 The United States is a force for good. So Americans like to claim. Jonathan Chait, for example, as part of an extended back and forth with Ta-Nehisi Coates, made the familiar argument in the familiar way. Chastising Coates for his skepticism about the virtue of the U.S., Chait argued that, while certainly America's treatment of African-Americans has not always been ideal, it has improved over time.

It is hard to explain how the United States has progressed from chattel slavery to emancipation to the end of lynching to the end of legal segregation to electing an African-American president if America has “rarely” been the ally of African-Americans and “often” its nemesis. It is one thing to notice the persistence of racism, quite another to interpret the history of black America as mainly one of continuity rather than mainly one of progress.

Or, to paraphrase, "white progressives like me have done so much for you. Be more grateful!"

To no one's particular surprise (except perhaps Chait's) this appeal is not noticeably convincing. You should read Coates' reply in full; the heart of it though, is the icily apt quote from Malcolm X, "You don't stick a knife in a man's back nine inches and then pull it out six inches and say you're making progress."

Coates (and other writers like Tressie McMillan Cottom) have already eviscerated Chait. But, I think it's worth pointing out that Chait's optimistic boosterism here, his belief that the United States is more ally than nemesis to the downtrodden, informs his politics more broadly. Chait, as I've mentioned recently, is a foreign policy hawk. He supported the war in Iraq; he cheered on the attack on Libya, he wanted us to invade Syria. He is an unrepentant interventionist.

The basis for intervention is the belief that America wants to do good, and that, given the opportunity, it will do good. In his brief for a Syrian strike, Chait argues, "The purpose of air strikes is to impose a cost on regimes that deploy chemical weapons against civilians." The U.S. is the world cop, and our intentions are to maintain order and defend civilians—rather than, say, to influence the balance of power in the region, or to aid allies like Israel, or just to use bombs because we have lots of bombs and it's no fun if you don't get to use them. Chait admits that translating our good intentions into good results is hard, but he doesn't seriously question the motivation, or the vision, of those in power. The United States is on the side of the weak and the innocent. America is, in fact, Captain America, a superhero whose superpowers are bombs and righteousness.

When Chait looks homeward, he sees Captain America here too—freeing the slaves, ending Jim Crow, electing Barack Obama, and giving a helping hand to those blacks willing to grab it. The Captain makes some mistakes, perhaps, but his heart is in the right place. He didn't really mean to write slavery into the Constitution; he didn't intend Reconstruction to end in an orgy of lynching; he was looking the other way when Nixon and Carter and Reagan and Clinton created the bipartisan prison-industrial monstrosity that has swallowed entire black communities like some sort of monstrous, drooling red, white, and blue maw. Captain America is doing better, ever better, at home. Why not let him improve himself in your country, too?

Following the end of World War II, during a State Department roundtable on the place of America in the world, one participant suggested, in the words of historian Justin Hart that the U.S. could simply "divide the world into democracies and non-democracies and then align itself with nations it regarded as 'democratic.'" State Department official Dean Rusk replied, "I think it would be difficult to get a great majority of the rest of the world to concede that we are enough of a democracy to be entitled to draw particular lines on that sort of a concept… I am worried about the fact that these autocracies that you are talking about also exist in my native state of Georgia, and they exist with respect to 50 percent of the population of the people of Mississippi. I think that creates a problem for us.”

Jim Crow is gone, but the general point remains. If we can't run an equitable criminal justice system for non-white people here, what makes us think we can do it in Abu Ghraib? If we are unwilling to restrain George Zimmerman from shooting black children next door, what makes us think we're likely to exercise restraint in setting drones on Muslim children halfway around the world? As Coates says, in an offhand aside, "If you are not truly grappling with your country, then your beliefs in its role in the greater world (exporter of democracy, for instance) are built on sand." That's perhaps too kind, though. They're not built on sand. They're built on blood.