March for Our Lives and the Second Amendment 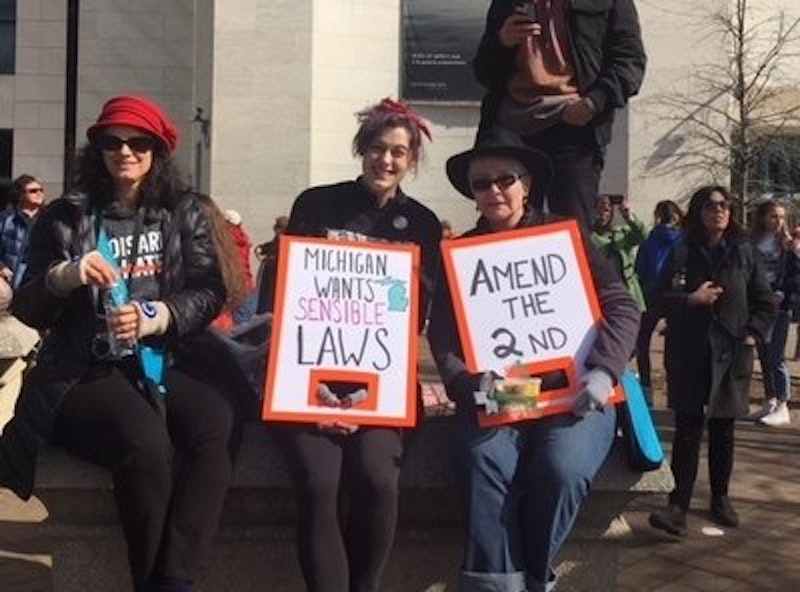 I attended the March For Our Lives in Washington, DC this past weekend. I noticed a lot of signs that read, “Amend the 2nd." But what is the Second Amendment, really? Whether you like it or not, the Second Amendment provides the constitutional framework for American gun laws.

When the Founding Fathers wrote this, there was no standing army, and people didn’t want one. The right to bear arms wasn’t an issue, and was only meant to protect against a government whose army would take over in a tyrannical way, not unlike the European nations the new-founded country had been fighting against. It was also a safeguard against insurrection, mostly by slaves and free black rebels, who were prohibited from owning arms.

The weapons were very different from modern ones, consisting of muskets that could shoot at most three rounds per minute, and were inconsistently accurate. Citizens used guns for hunting, occasional uprisings and the rare case of protection.

The NRA was eventually formed by a group of Union officers who wanted to sponsor classes for instructions on gun shooting. The organization was, in time, actually in favor of gun control laws that banned machine guns, the weapons used by Bonnie and Clyde and other outlaws. It wasn’t until the 1960s, after the assassinations of JFK, RFK, Martin Luther King and other noted figures, that regulations were put into effect to control which citizens could own guns and how easily one could obtain them. The NRA, with few negotiations, was fine with this.

Fast-forward to the 1970s when the national discourse changed. The NRA and gun lobby went absolute and wanted no regulation of guns, afraid of a government that would confiscate all weapons. They eventually changed their motto from a recreational hunting and sportsmanship stance into a passionate political one. Politicians followed in turn. But the courts didn’t buy into it. Former Supreme Court Chief Justice Warren Burger called what the NRA was doing a fraud.

By 1980, the GOP platform proclaimed, “We believe the right of citizens to keep and bear arms must be preserved. Accordingly, we oppose federal registration of firearms.” That year the NRA gave Ronald Reagan its first-ever presidential endorsement.

As time went on, the gun lobby and manufacturers became more powerful and the idea of no gun control became more respectable. Until now, our nation continues to tolerate a kind of gun violence unparalleled by any other developed nation. The men who penned the Constitution could not have foreseen these circumstances.

But the March for Our Lives and the Parkland students along with other young citizens across the country are changing the landscape. This new generation has finally entered the political conversation. As one teenage speaker exclaimed at the march, “Welcome to the Revolution,” which was reminiscent of 1960s movement speeches. This upcoming generation, coming of voting age and with unconquered spirit, will be the ones to carry on the new interpretation of the Second Amendment.