Stormy Speaks, Nothing Gets Settled

Life after the 60 Minutes interview. 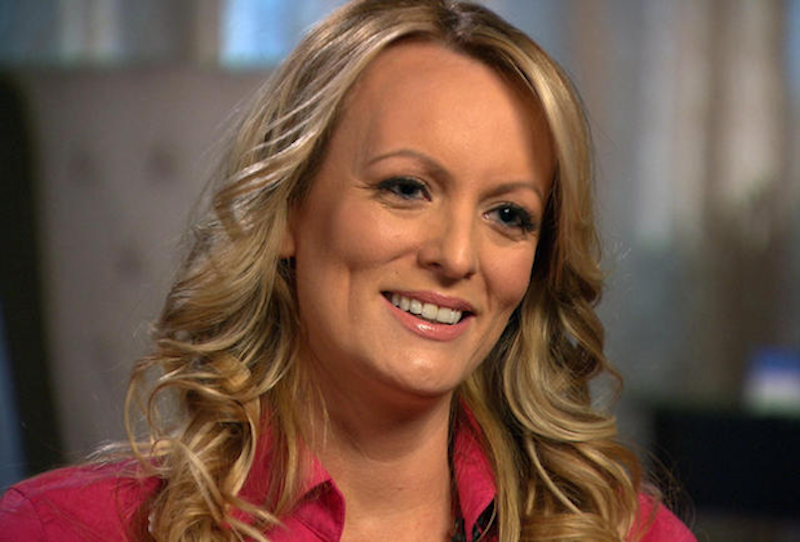 The Trump team’s behavior (a $20 million lawsuit!) had indicated she might. Stormy’s lawyer, Michael Avenatti, indicated the same: witness the tweet he posted that featured a compact disc within an open safe. “If ‘a picture is worth a thousand words,’ how many words is this worth?????” the tweet demanded. Plenty, if you want to get across what a disc and a safe look like. Perhaps not so much if you want graphic evidence of Donald Trump’s sex activities. (But do you? Scattered sheets, crumpled pillows, jellied-ham buttocks spiked with blondish dog hair…)

Smut aside, there’s the question of threats. In the weeks before the interview aired, Avenatti told many cable hosts that his client would have something to say about how the Trump team had menaced her. She did: “I was in a parking lot, going to a fitness class with my infant daughter. Taking, you know, the seats facing backwards in the backseat, diaper bag, you know, getting all the stuff out. And a guy walked up on me and said to me, ‘Leave Trump alone. Forget the story.’ And then he leaned around and looked at my daughter and said, ‘That’s a beautiful little girl. It’d be a shame if something happened to her mom.’ And then he was gone.”

The fellow’s parting remark makes the story plausible. A Trump goon would be that trite. On the other hand, there were no witnesses and Stormy didn’t report the incident to the police. She’s sure she could pick the man out in a line-up, but there won’t be a line-up.

Stormy’s interview does clear up a particular matter: disappointingly, Trump didn’t ask his date to spank him with a copy of Forbes that had his picture on the cover. It was her idea, to shut him up after he’d been boasting too much. Students of truth must accept her word on this matter, pang though we feel. As to what else went on, we can only wonder and feel dread (moon-pale buttocks dimple, go slack, dimple, go slack, and the blond dog hairs seem to move).