Clueless Womanizers at the Top Levels 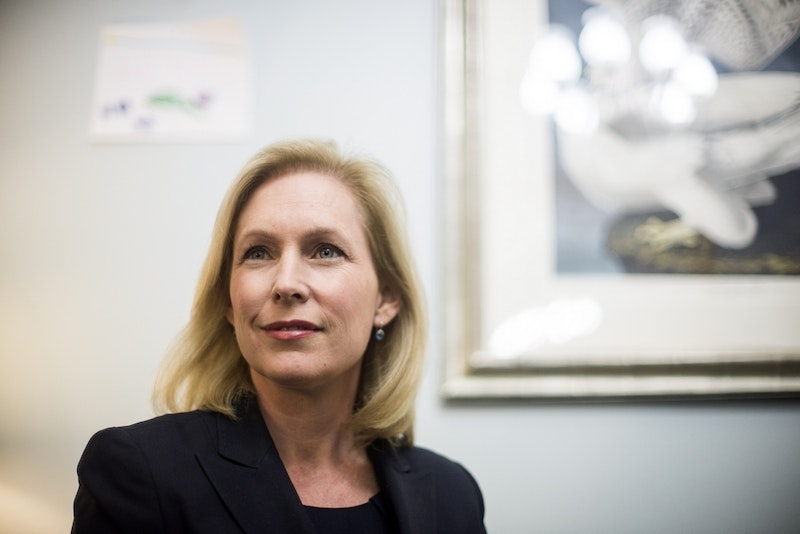 One of the few pieces of dating advice my father gave me was that womanizers don’t believe the rules of normal society apply to them and that they’re part of an elite, privileged class. He said it was even more acute if they’re unusually successful in fields where most people fail, like politics or sports, citing Ted Kennedy and Wilt Chamberlain as examples. I thought of this when news broke of New York Sen. Kirsten Gillibrand’s harassment by male colleagues, even if it doesn’t apply directly.

According to Gillibrand, the responses to her pregnancy-related weight gain and eventual loss were taken personally by men who had no stake in her love life or her health. One said, as he encountered her at the gym, “Good thing you’re working out, because you wouldn’t want to get porky.” After losing 50 pounds, another grabbed at her waist and said, “Don’t lose too much weight. I like my girls chubby!”

Gillibrand described these men as being at least in their 60s and older, and went on to describe them as clueless to the idea that their remarks and actions could be offensive. Frankly, they reminded me of something Jerry Seinfeld once said in a stand-up routine, where he described men who cat-call as those who want to talk to women, and this is the best idea they’ve come up with. And that’s what these guys sound like to me—they discovered a female colleague exists, they can’t get over the fact she’s a woman and a senator, and they don’t know how to talk to her. This is where their age is of some significance, because a lot of men of that generation still aren’t used to the idea of women as politicians.

This line of thought also brings me back to my father’s advice. While Gillibrand doesn’t describe these men as womanizers, there is a certain entitlement that comes through in how they spoke to her that's consistent with a womanizer. It’s likely that a senator in his 60s or older has had his job for a long time, especially given our addiction to reelecting members of Congress. In one respect, his success in politics has kept him isolated from adapting to the changes in conduct that would normally apply to a regular worker, in addition to the privilege of being surrounded by yes-men who wouldn’t dream of calling out his bad behavior, no matter how gauche.

What’s especially interesting about this story has been the reaction from much of the public. We believe her. We empathize. While there have been a few who have been somewhat dismissive of her claims, this hasn’t turned into an ugly slugfest. Perhaps the difference is that there are now enough female reporters covering politics, like CNN’s Dana Bash and MSNBC’s Andrea Mitchell, who can consistently corroborate the dynamics of the continued gender imbalance on Capitol Hill. We’ve also seen enough male politicians, like Bob Packwood and Anthony Weiner, losing their jobs because they lacked impulse control in the presence (or cyber presence) of women. We’ve also seen male candidates, like Todd Akin and Richard Mourdock, lose elections because they didn’t know how to talk about women’s health and safety like informed adults. So the idea that male politicians comment on a female colleague’s weight as though her body exists for their own personal enjoyment isn’t surprising.

But I'm optimistic about the growing success of women in politics and public life. While there’s a long way to go, it’s encouraging that we’ve reached a point where we believe a woman’s story, and shame her attackers accordingly.