Help us out, biology. 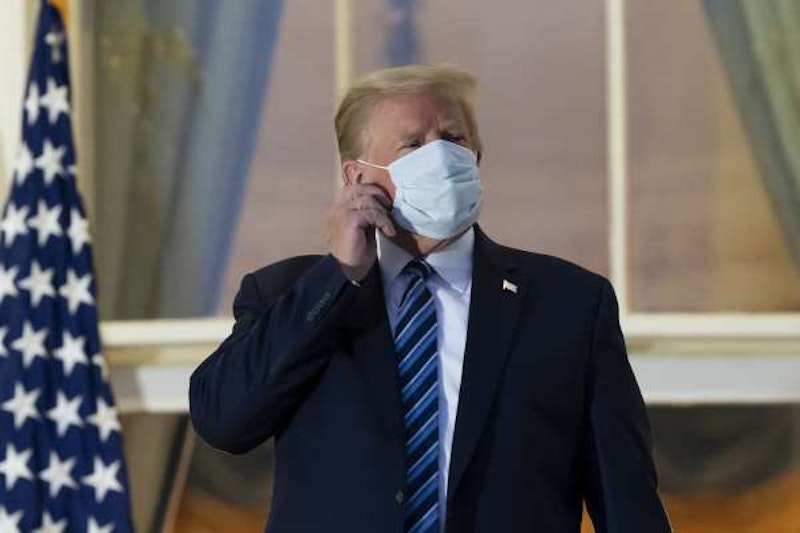 Maggie Haberman, White House correspondent for The New York Times, has something to say about all the important Republicans recently hit by COVID-19. “I do want to make the point that all of us hope the President gets better, and all of us are sorry to see people sick, and this is a large number of people dealing with an ugly virus, and so I hope he and the First Lady make a full recovery,” the reporter tells The New Yorker. I agree with almost all of that. Just not the bit about Donald Trump.

Let’s back up and assess matters. America’s a shaky country and Trump’s a big part of the reason. He’s a lawbreaker president and he knows he can’t be tried while in office. That’s a powerful motive for him to deny the election results; worse, a third or so of the country may go along. And if Trump does get dragged out, the rest of us face a quandary. Do we go ahead and try an ex-president? He’s obstructed justice, broken campaign finance law, and dodged taxes. Don’t bring him up and future presidents may decide the law doesn’t touch them. But do bring him up and future Republicans will decide their man was the victim of a justice system gone political. They’ll respond by doing their best to make the system actually political. Trump never intended to prosecute Hillary Clinton; he was just blowing smoke. His successors will try to get prison time for ex–secretaries of agriculture just because they’re in the wrong party.

We dodge these crises if Mike Pence, a non-lawbreaker (as far as we know), is the Republican in the White House on November 3. But impeachment’s nonviable and assassination is destabilizing; any assassin or would-be assassin would bring America closer to wrecking itself. So what do we do? I don’t know, but it would be great if we didn’t have to do anything. The man just fell sick from the pandemic he didn’t believe in. The disease in question is often fatal. If he dies, everybody will know why and most will see that reality has finally caught up with the great scofflaw. Naturally there’ll be years of questions. But fewer people will be asking the questions than if his death had come out of the blue.

It’s an ugly thing to hope for somebody’s death. But uglier things await if Trump lives. America has got itself into a nasty mess and needs some help getting out. Covid germs, please take Donald Trump off the board.