Paul Krugman, among others, is exhausted from lecturing American voters who just won't listen. Oh, and the GOP ought to give beltway insider John Boehner the boot. 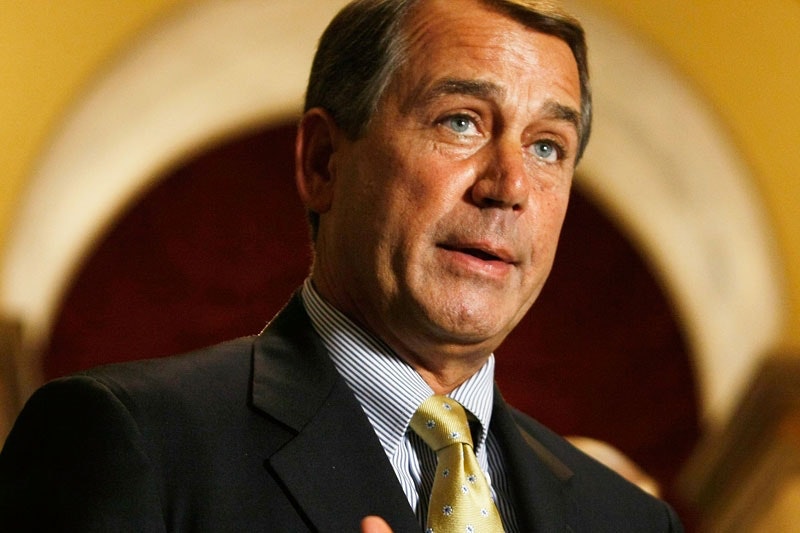 A columnist whose bag of rhetorical tricks is larded with hysteria and clichés—and ancient ones at that—isn’t usually taken seriously. Not so for New York Times Cassandra Paul Krugman, whose words are parsed, savored, emailed and Tweeted by the liberal faithful twice a week, regardless of the content. Not long ago, in this space I wrote a short piece suggesting that the Princeton professor/Nobel Prize winner had finally flipped his lid, but in the run-up to tomorrow’s midterm election it appears I underestimated the number of lids Krugman has to flip.

Last Friday, in an op-ed that presumably wasn’t sent to his editors from Bellevue, but rather one of his three homes—a single dwelling with a hefty mortgage is for “ordinary” Americans—Krugman ranted that the very likely takeover of the House by Republicans is going to… doom the United States. “This is going to be terrible,” he writes. “In fact, future historians will probably look back at the 2010 elections as a catastrophe for America, one that condemned the nation to years of political chaos and economic weakness.” One might argue, with a full measure of sobriety, that President Obama’s confused but largely “progressive” agenda, his fervent desire to rack up “accomplishments” on the level of FDR or—as some daft pundits ridiculously assert—Lincoln, has set back any chance of a robust economic recovery and even should a Republican defeat him in 2012 this will be a “lost” decade.

It bears repetition: had Obama, and his Congressional enablers, first concentrated in those halcyon days following his inauguration in 2009 on creating jobs rather than a healthcare bill that’s still so incomprehensible in its breadth, double-talk and loopholes, the Democrats wouldn’t be facing their worst drubbing since at least 1994. Lest you think this is merely a partisan opinion, The Economist, which supported Obama in ’08 and still believes he’s a “talented” man who can recover politically, didn’t stint on criticism of his first two years in its Oct. 30 editorial “Angry America." Lamenting Obama’s decision to “subcontract” legislation to the Democratic Congress, the writer continues: “Mr. Obama’s macroeconomic soundness has been undermined by the Democrats’ tendency to meddle with microeconomics, leading to a health bill that imposes onerous requirements on business and a stimulus bill larded with pro-union giveaways.”

Krugman goes on to excoriate Senate Minority Leader Mitch McConnell for telling The National Journal that the GOP’s mission in the next two years is to make Obama a one-term president. McConnell recalls the hubris of Newt Gingrich in 1995—he was so besotted with what he incorrectly perceived as personal popularity that he made “exploratory” presidential trips to New Hampshire that year—allowed Bill Clinton to escape the noose of “irrelevance,” co-opt the GOP’s welfare reform bill, and coast to re-election the following year. Imagine that: a leader of the opposition working to put a member of his own party in the White House!

In addition, Krugman claims that the influence of the “Tea-Party types” is likely, according to “smart observers” to result in the GOP shutting down the government in the spring of 2011. That’s exactly what a cynic/crank like Krugman desires, of course, but it’s hard to believe the new Republican leadership will pull a Charlie Brown and repeat that dumb stunt. Krugman isn’t alone, of course—although his colleague Frank Rich disagrees, writing on Oct. 31 that the Tea Party’s hope for change will be “dashed” right after the election—with an ally in The Washington Post’s Dana Milbank, who sternly warns that the GOP is a “party sorely in need of grown-ups.”

Krugman concludes his missive from the abyss: “So if the elections… go as expected, here’s my advice: Be afraid. Be very afraid.” Why nobleman Krugman would resort to the mother of all clichés to advance his narrative is beyond me, but perhaps he just sees the perfect storm of disaster in the future. Anywho, it is what it is. Or maybe, as Stephen Spruiell suggested in The National Review earlier this month Krugman’s simply a “Professor Ahab” who just writes too many columns, blogs and books seeking approbation from his “diminishing group of followers.”

Yet in fairness, I feel it necessary to point out my agreement with another elite, insulated Democratic pundit whose work I’ve trashed in the past. Peter Beinart, the relatively young eminence at The Daily Beast, is often guilty of knee-jerk liberalism, but we’re in sync on the subject of GOP leader John Boehner succeeding Nancy Pelosi as Speaker of the House. Granted, Beinart’s guilty of Krugman-like exaggeration in describing the 10-term Ohio Congressman—the man travels with “a coterie of golf-playing, cigar-chomping lobbyist buddies,” as if this were still a Boss Tweed era when smokers weren’t widely considered as pariahs. Nevertheless, Beinart’s correct that Boehner, a Beltway fixture who’s just as insulated from the problems of the rest of the country as any of his Democratic opponents, could prove to be Obama’s most effective symbol of Republican tone-deafness as he ramps up his 2012 reelection campaign. (I’m still not counting out Hillary Clinton challenging Obama if unemployment figure remain above nine percent next summer.)

Republicans have an opportunity to accomplish more than simply scoring at the polls tomorrow: the open question is whether they have the fortitude and vision to realize it. Here’s what I’d like to see: a rebellion against Boehner in favor of Virginia’s Rep. Eric Cantor, currently the minority whip and one of the “Young Guns” (along with Paul Ryan and Kevin McCarthy) who’ve been touted by conservative publications as the face of the Republican future. Boehner’s time has passed; in addition, he’s incapable of presenting, whether in press conferences or on television, a clear and precise message of fiscal austerity.

If the GOP wants to snatch Obama’s “hope” and “change” message, giving Boehner the boot would be a fitting start.