There's always going to be bigoted idiots, so let's stop with the senseless comparisons. 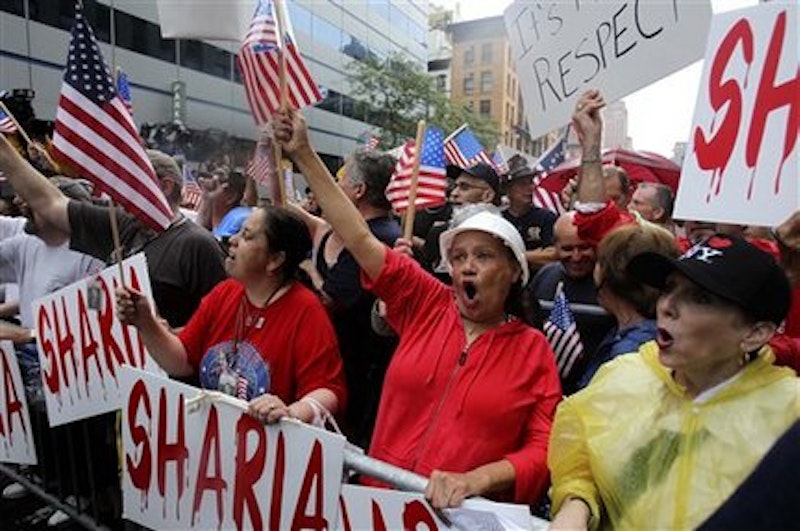 How many roads must a man walk down before he realizes the ghost of Joseph McCarthy is not lurking around every corner? It’s a pertinent question today, in the midst of a tumultuous Congressional midterm election campaign, as aghast and pissed off liberals are pointing fingers aimlessly looking for someone to blame. You’d think that pundits—elite or scruffy, left- or right-wing—might finally understand that constantly evoking Hitler, Stalin, Mao and McCarthy in propping up this or that argument, just has no credibility anymore. Barack Obama’s not a socialist or undocumented alien, just as George Bush didn’t have a shrine to the Third Reich in a cubbyhole at the White House.

Peter Beinart, one of the most pretentious of the early middle-aged Beltway/New York intelligentsia, hasn’t received that message, as his latest Daily Beast post, “The New McCarthyism” amply demonstrates. It’s Beinart’s contention that America is in “the midst a national psychosis: the worst spasm of paranoia and bigotry of the post-Cold War age.” Had he been referring to the appalling anti-immigrant fervor directed mostly at Mexicans and other Hispanics, I could see his point, if not the hyperbole. But no, in the wake of the ongoing debate about the plans for an Islamic center near Ground Zero in Lower Manhattan (which will probably never come to fruition) and a publicity-seeking minister from Florida who threatened to burn a copy of the Koran, Beinart insists “the American Muslim” is the symbol for everything U.S. citizens fear.

This is predictable and far too easy: yes, loudmouths like Sarah Palin and Newt Gingrich (whom Beinart cites) are quick with a slur against Muslims to audiences they consider appropriate and advantageous to their own political goals. But if Beinart’s going to raise the Joseph McCarthy specter, shouldn’t he at least provide some evidence of Congressional inquisitions of Muslim-Americans (which haven’t occurred under the presidencies of either Bush or Obama), blacklisted men and women in academia, entertainment or even those applying for a mortgage or credit card, or mass deportations borne of rampant Islamophobia? After all, it’s not as if the United States has made it a crime for Muslim women to wear a burqa or other full-body robes: no, that was France—France!—the allegedly enlightened European intellectual paradise that Hollywood liberals often threaten to move to if a Republican is elected president.

Ratcheting up the rhetoric, Beinart concludes by playing the Yom Kippur card at the conclusion of his misguided article: “It’s an ancient idea, the scapegoat, onto which the nation transfers its burdens and sins. Now we Americans have new one, the American Muslim, and a new set of sins for which we will, I pray, one day atone.” Good gravy! I don’t dispute Beinart’s opinion that there exists a degree of anti-Muslim bigotry in this country today, but if there’s been a rash of torched mosques and murders of devout Muslims I’ve missed the news reports.