It turns out humans own property. 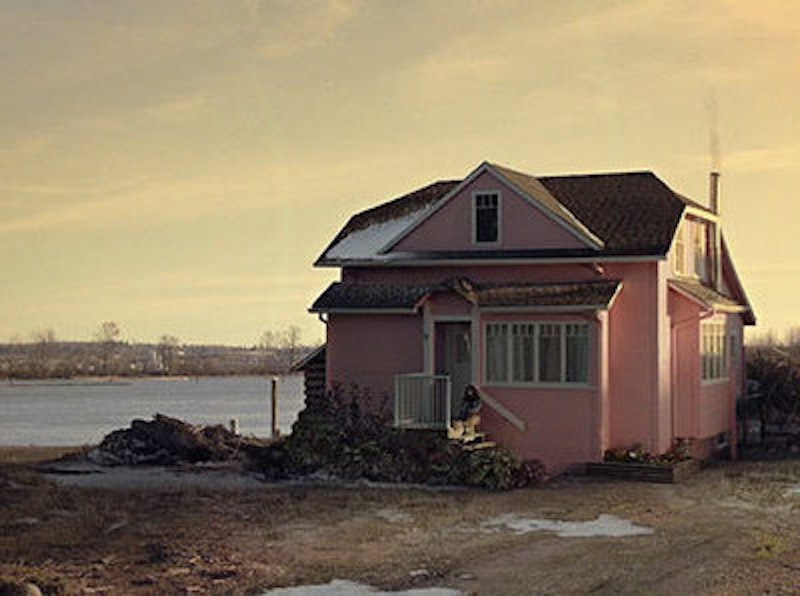 I forget sometimes just how powerful extremely stupid arguments can be in some people’s minds.

If only I had a dime for every time some Marxist or left-liberal halfwit uttered some variation on the slogan “people, not property” or “human rights, not property rights,” I’d have a much larger pile of property myself. No one is asserting that sofas and washing machines have rights and that such inanimate objects can lord it over frightened humans.

People have property rights, and those property rights exist to provide a legal and moral shield against attacks by other people. Susette Kelo had property in New London, Connecticut in the 1990s until the government decided that the little pink house she had refurbished there—like the homes of several of her neighbors—wasn’t bringing in enough tax revenue and could be forcibly replaced by something more lucrative, like a Pfizer plant.

Her 10-year struggle, with the help of libertarian legal foundation the Institute for Justice, to bring the case before the Supreme Court, is the topic of the powerful new dramatic film Little Pink House, starring Catherine Keener, directed and produced by my former TV news colleagues Courtney and Ted Balaker, respectively.

Kelo lost the case before the Supreme Court, 5-4, with the liberals all voting against her and in favor of the view that the government’s “eminent domain” power is not just for building roads and other public services but even for taking property from the poor and giving it to other private parties, if the government thinks those other parties will generate more revenue and thus benefit the area (Pfizer didn’t end up sticking around once their special tax breaks ran out, despite getting a cheap deal on that stolen land).

If you were still laboring under the illusion that liberalism protects the little person from the rich, rather than merely empowering big government, this should have been the Supreme Court decision that snapped you out of it. Kelo was so unpopular that it led to an all-too-rare nationwide pro-property-rights popular movement, sparking reforms (of varying degrees of efficacy) in about half the states, limiting states’ use of eminent domain, though the power of eminent domain remains enshrined in constitutional law at the national level.

One reason I wouldn’t trust former Vermont governor Howard Dean as far as I can throw him is that he made a talk show appearance shortly after the Kelo decision and, when he heard the audience’s outrage at it, gambled that the audience wouldn’t even know which justices voted for the taking and which against. He said bad decisions like this one are the reason we need to get conservatives off the Court—though they were the ones who’d voted against it. His bluff worked. The studio audience didn’t audibly rebel, and he could go on to gamble that the whole issue would soon fade away.

And maybe it would without occasional reminders like this film. I won’t pretend to be impartial on the topic. I grew up close to New London, know how hopelessly bureaucratic and government-centric New England economics is, and have a couple of actual small pink shards of the Kelo house sitting on a bookshelf in my apartment in New York City, reminding me that property rights aren’t just an abstraction and that property rights violations aren’t just something hardcore libertarians get worked up about. There are damaged parties every time property rights get violated.

Every time, someone or some group overrides the preferences of the owner, whether in the name of a street gang or some highfalutin ideal such as “social justice” (in the disingenuous phrasing of the New London Development Corporation head played with perfect aristocratic obliviousness by Jeanne Tripplehorn in Little Pink House).

In the Q&A after an opening night show of the film at Cinema Village East in Manhattan, director Courtney Balaker (who was joined by her producer husband Ted and Susette Kelo herself, to whom I briefly showed my shards) captured the fundamental unity of the economic and human aspects of property rights violations perfectly when she dismissed the idea that the government can simply decide objectively how valuable your property is, and thus what can best be done with it, decreeing from on high what economic decisions should be made as a result.

Economic valuations are “subjective,” she said, and she’s objectively right. In fact, though that may sound like a hippie English major word to some authoritarians, recognition of the subjective nature of prices is at the heart of the so-called Austrian School of economics’ laissez-faire model of the world: I want something intensely, but you may want it even more and be willing to pay more for it, and from such differing desires is born haggling and, if it turns out I like the idea of having money more than the thing and you like the thing more than the money, sometimes mutually beneficial exchange, the only kind of exchange that ought to happen.

In markets, absent government and other brigands, or fraud by businesses themselves, mutually beneficial exchange is the norm. With every trade, the world gets better. With every act of pillage by government, by contrast, the world gets a bit more sad: Homes are uprooted, dreams dashed, people’s plans cast aside, and cold, likely erroneous planning commissions’ preferences substituted for the sweat and toil and emotional investment of years, along with all the subtle social ties created within the networks that trade and gossip and live with each other until the government bulldozers arrive.