A Stressed Out Nation

Countless people feel like there’s no stopping the ball from rolling over them. 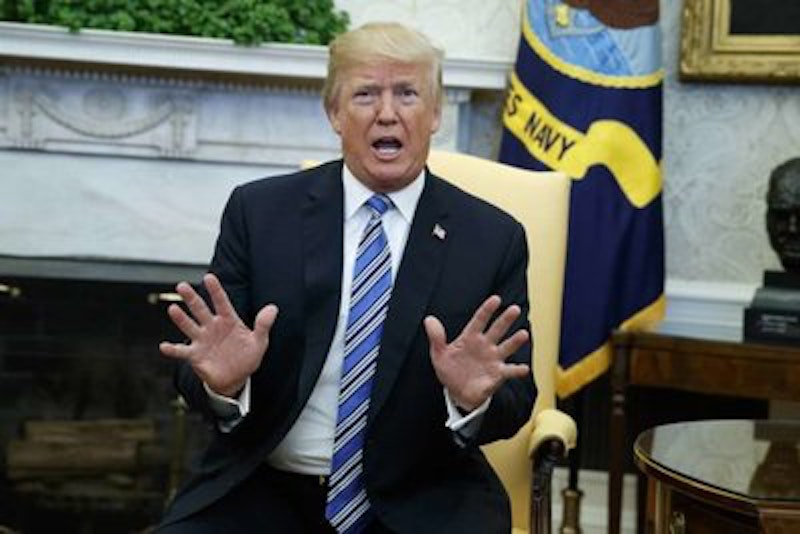 Many Americans wake up wondering what their days have in store for them. What government antics await them? What craziness will the news media obsess about? What part of our public lands will be sold, what part of the coastline will be drilled? No one is alone, unless you’re unplugged and unconnected. I try to stay hopeful, but it’s difficult in the midst of chaos. We’re a stressed-out nation.

A report from an American Psychological Association survey found U.S. stress levels are at their highest following the election of Donald Trump. The majority of Americans on both sides of the partisan aisle surveyed showed “63% of Americans say the future of the nation is a very or somewhat significant source of stress for them.” Countless people feel like there’s no stopping the ball from rolling over them.

Although we always have some degree of uncertainty, we’re experiencing an extreme. A resurgence of racial and ethnic rallies, political investigations, the unprecedented barrage of presidential tweets, mass shootings from Las Vegas to Florida, three consecutive major hurricanes and a tsunami of sexual harassment accusations engulf us. Trump discredits our basic institutions, our media, political figures, and even everyday citizens. Representatives in this administration are replaced on a weekly basis. We listen, watch mainstream media and begin to doubt our beliefs. The lies and deception begin to carry as much weight as fact. Our representatives make an announcement one day only to be undermined by the White House the next. We have more red-blue state contention than ever before, fueled by countless, ill-informed and antagonistic tweets.

Forget talking to anyone with different opinions. According to a new Pew poll, almost seven in 10 Democrats and 52 percent of Republicans say it’s stressful talking to someone with opposing views of Trump. Talking to people who share common interests is only human, but living in a hateful echo chamber is not the solution. A healthy democracy means being able to engage in an open conversation. People are alienating family, Facebook friends and co-workers.

The immigration conflict adds to the chaos, which results in waves of news about law-abiding, lifelong contributors now deported. We also hear about the taxpayer cost of caring for immigrants and the unclear path for them. Many people are afraid to leave their homes. Law enforcement lacks any real policy and is left to its own devices creating more disorder, violence and chaos.

The same confusion has bled into our foreign policy. This administration, through a combination of incompetence and disorganization, has turned uncertainty into liability.

The chaos and fear is not limited to adults. Psychology Today showed there’s an increase in bullying in schools caused by the rhetoric used by Trump during his campaign. Immigrant students, children of immigrants, African-Americans and other students of color are fearful, while their friends worry and want to protect them. Others are not afraid. Some use the word "Trump" as a taunt as they gangup. Muslim children are called terrorists; those of Mexican descent are told they should be deported. Mental health professionals say the bullying has led to an alarming increase in counseling and in some cases, has caused children to panic and have suicidal attacks.

We’re suffering from leadership drought. The ones speaking out are those retiring. As Republican Charlie Dent of Pennsylvania (who is resigning early) remarked, “I’ve worked to instill stability and predictability in Washington. I've fought to fulfill the basic functions of government…regrettably, that has not been easy given the disruptive influences that profit from increased polarization and ideological rigidity that leads to dysfunction, disorder and chaos."