With a new, young owner, the jury’s out. 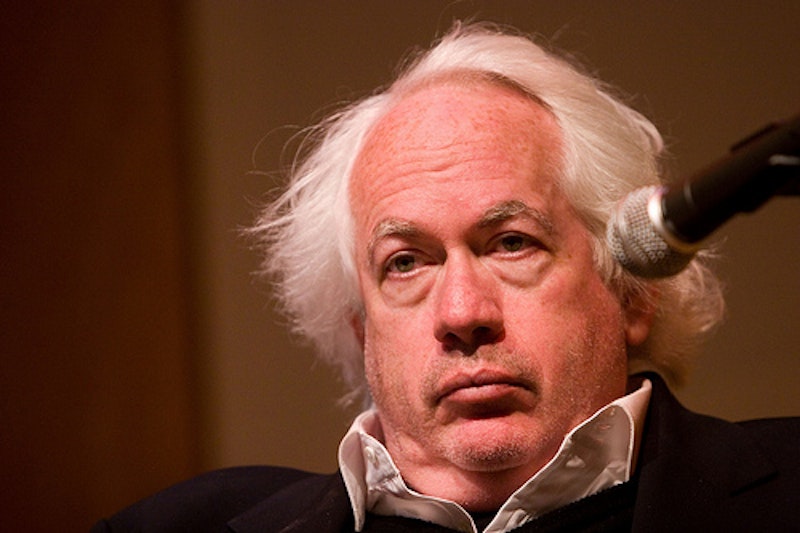 A lot has been written about The New Republic’s “re-launch” last month under owner (and editor-in-chief) Chris Hughes, the 29-year-old half-billionaire who was a Facebook co-founder, worked on President Obama’s 2008 campaign, and rescued the floundering magazine in 2012. (“Floundering” isn’t meant as a slur, I should note, since few media titles aren’t in that category.) The hoo-hah over TNR’s re-design and re-branding, in The New York Times, New York magazine and Twitter, was excessive, in my opinion, but I’ve no interest in spoiling that party, and will move on to a question I’ve wondered about and haven’t seen discussed as of this writing.

Will Leon Wieseltier, TNR’s longtime literary editor and “Washington Diarist” columnist, retain his position under the Hughes regime? Given his staunch pro-Israel views, anti-technology bromides, ambivalence (or worse) about Obama and, let’s be honest, age—he’s 60—it’s not an idle query. In the lengthy New York puff piece—sorry, profile—on Hughes, Wieseltier was perhaps making a preemptive bid to keep his fiefdom, telling reporter Carl Swanson, “I mean, if you think about it, [Hughes] has been on one of the most amazing rides that any young person in the history of the world has ever seen.” Wieseltier added, for good measure, that he’s “giddy” about Hughes’ ownership, and, presumably, his largesse.

I can’t imagine that Wieseltier’s column in the first re-designed TNR (one in which Hughes, along with editor Franklin Foer, conducted an interview with Obama that was largely obsequious, and might even make Rolling Stone’s power groupie Jann Wenner blush) received high marks from his boss. Hughes claims, in an innocuous “Welcome to Our Redesign” intro that TNR will “strive to be free of party ideology or partisan bias” (which will tough, since the magazine’s writers are almost exclusively liberals) and continue to print “passionate writing.”

Yet Wieseltier’s condemnation of Chuck Hagel and Obama—an excellent piece, in my eyes—had to rub Hughes the wrong way. Wieseltier wrote:

I do not understand all this good conscience about the weakening of America’s influence in the world, since I regard America’s influence as generally a blessing for the world… If the United States does not determine to assist democratic struggles around the world, then those struggles will suffer and even fail… The dictator in Iran and the dictator in Syria enjoy the diplomatic protection and the logistical support of Putin, a strong-footprint man; but from Obama [a “light” footprint man] their valiant opponents get only complexity, passivity and loquacity… We are about to wane. We have elected to wane. Good luck to us. One day history will surprise us, and shame on us for being surprised.

Wieseltier was over the moon upon Obama’s election in 2008, and at least temporarily suspended his natural inclination for acerbity to join in the smelling-the-roses of a Remade America love-in that enveloped the media back then. His enthusiasm has been tempered, and whether that squares with Hughes’ worldview is up in the air. It would hardly be the first time onetime “untouchables” have become casualties: remember that Nat Hentoff, a Village Voice icon since 1958, was unceremoniously dropped in 2008 by new owners/editors. Jack Shafer, a respected media critic who followed his mentor Michael Kinsley to Slate in 1996 after a successful career in weekly journalism, got his walking papers—a huge mistake, in my opinion—back in 2011.

Shafer, by the way, wrote a fine summation of the Hughes Hoedown last week, pecking at TNR’s youngster proprietor as being the latest in a long line of vanity magazine/newspaper owners. He was more generous than me in evaluating TNR’s re-design, which I find a jumble of jarring and competing fonts, dropped caps that are a mile away from the first word of an article, the dropping of signature column “TNR” in the middle of the book, and a confusing parade of house ads that look like editorial content.

I rarely agree with the doctrinaire liberalism of TNR, but do read it regularly—Hughes’ hire last year of Walter Kirn is at least one example of buying excellent talent—and hope that Wieseltier (who’s by turns pedantic, plain nasty and pretty funny) makes the cut. I wouldn’t bet on it though.