The Sexual Politics of White Privilege in the Bedroom 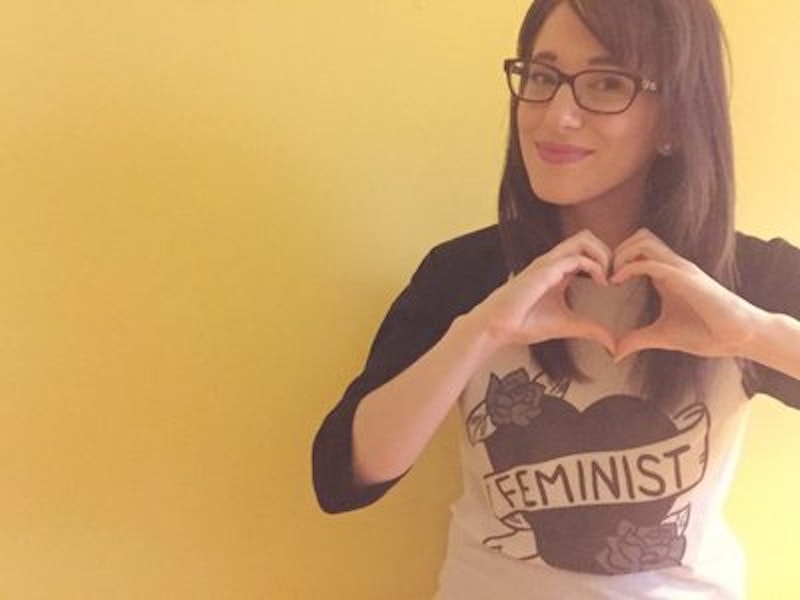 "As a feminist and a woman, I could never be in a relationship with someone who didn’t feel comfortable talking about patriarchy." So begins Melissa A. Fabello in her detailed monograph, 7 Things to Remember If You’re a White Person Dating a Person of Color. Fabello, who’s white, is a self-styled expert on interracial dating, and is currently involved in her third such relationship.

The writer has apparently learned a great deal from her romances with men who aren’t white, and decided to share her lessons at Everyday Feminism with seven not-so-easy steps towards how to do it the right way.

Before she gets into the nitty-gritty, Fabello informs readers that when you’re a white person in an interracial relationship, "there’s this whole—ohhh, ya know—white supremacy thing hanging in the air." Well, ya know, you might not have had awareness of white supremacy, but that's why you need to read Everyday Feminism. They explain all this privilege stuff. The white supremacy issue must "be acknowledged—and dealt with—constantly," she earnestly says, "lest your relationship be doomed—and your 'No, Really, I’m a Decent Person' card be permanently revoked." Fabello is extremely selective in who she considers a decent human being.

One of the writer's prescriptions for maintaining a healthy relationship with a person of color is to never joke about race because "It’s not cool to make suggestions with racist undertones," even when your partner knows you were joking. Even if you weren't being offensive and your partner knows it. If you’ve committed such a faux pas, you must apologize properly and Fabello helpfully provides a link to an Everyday Feminism how-to video on the right way to apologize when you are "called out" for such offenses as sexism, racism, homophobia, transphobia and ableism. As she puts it, "Saying or doing something to uphold the oppression of a marginalized groups of people." It is a two-part apology, including your avowal to change your behavior in the future.

Fabello also takes us into the bedroom to explain the role the racial dynamic plays in matters of intimacy. "It's important to remember that as a white person being sexual with a person of color," she says, "you’re in a position of power. The fact that you’re intimate with one another doesn’t erase that." Yes, even when the lights go out and the breathing gets heavy, one must never lose sight of one's privilege. But hold on, it gets even better as the writer continues: "And it can be difficult for a marginalized person to feel comfortable expressing their needs without a safe space being intentionally created by the person of privilege. The power dynamics bestowed upon us by our fucked up, oppressive society don’t disappear just because you’re intimate with someone."

I felt a little lost here, because Fabello didn't provide a step-by-step guide on how the person of privilege should provide this safe space, although she did provide a link to another Everyday Feminism video about the seven methods a man should employ to create a safe space for a woman he's intimately involved with, because it's his "job" to do so.

The final issue Fabello addresses is the possibility that you may be a racist if, as a white person, you date too many persons of color, especially from one particular group. She’s on her third such relationship now, so the implication is that she mixes things up and dates the right number of whites to keep a proper ratio. "So make sure that you understand your motives behind why you’re dating interracially," Fabello writes, "whether it’s your first time or something you’re used to doing."

In the world of Everyday Feminism, you must examine your "motives" for dating someone, whether they are inside or outside your race. It all sounds very exhausting to me. Lots of times, I just want to Netflix and chill rather than discuss the patriarchy. I have to date a certain percentage of people outside my race in order not to be racist, but when that happens I then must acknowledge and constantly deal with white supremacy to be a decent person? I mean, what if that person gets sick of all that supremacy and patriarchy talk and tells me to shut the fuck up, or even dumps me? It really sounds easier and safer to just not date. I'm very confused. So many rules to follow, lists to read, and videos to watch. I need a safe space.