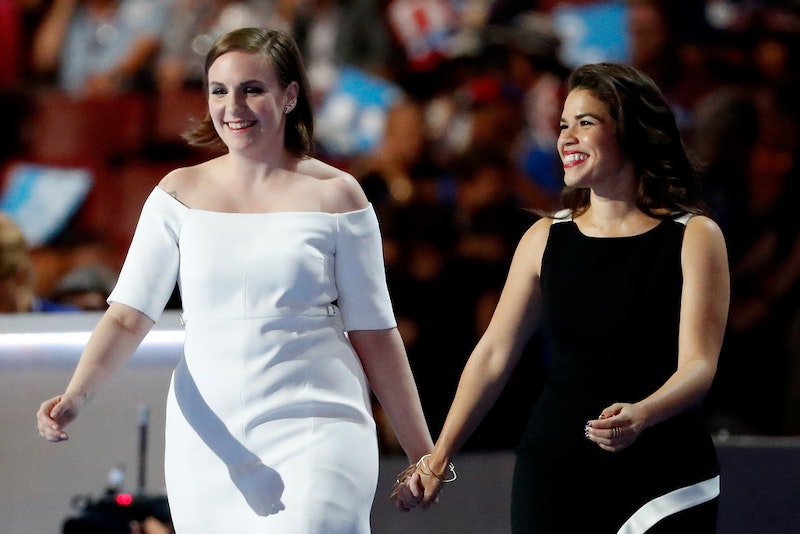 So, the poll fetishists say, this is finally The End of Trump. He’s getting creamed not only nationally, but also in the swing states he’s promised to win. Today, August 4th, the glee is nearly unanimous on social media: the unlikely confederacy of traditional liberals, think-tank conservatives, #NeverTrump disciples on the right (who’ve embarrassed themselves, one by one since the spring by declaring their personal abhorrence of Trump, as if anyone cares) and centrists who sigh sigh sigh and wonder how American democracy has taken such an apocalyptic detour.

I look at Twitter—bound to be sold sometime after the election and transformed into a pictorial site filled with artichoke recipes and odes to slain animals—and remember a line from one of Bob Dylan’s last great songs, “Abandoned Love” (inexplicably left off Desire for the putrid “Joey” or now-weird “Isis”) that goes like this: “Everybody’s wearing a disguise, to hide what they’ve got left behind their eyes.” Because that’s what Twitter and Facebook are: one masquerade party after another, where participants post remarks they wouldn’t say—at least not with such incendiary gusto—in a public or private conservation where the possibility of live blowback is a terribly awkward possibility.

Michael Wolff, journalist-for-hire, does not conform to this stereotype. As I’ve written before, Wolff is one the last honest men or women in journalism, and he’s as bracing as ever in a wrap-up of both political conventions for The Hollywood Reporter. (Some sniffy sorts made fun of Wolff’s appearance in that publication, but the man’s a media nomad, and I suspect THR still issues checks that don’t bounce.) Wolff’s cagey about his own political views, and I’m guessing they’re idiosyncratic, but at the very end of his long—by today’s debased standards—essay he throws in with the Hillary side. But until then it’s a side-splitting political roller-coaster ride, and even if Wolff uses the word appalling (referring to Trump) too many times to count, he lets no one off the hook. Not the smug Democrats, angry “unwashed” Trump supporters, and certainly not the self-satisfied media club that believes it’s setting the rules for this bizarre, once-in-a-lifetime election.

Casting the presidential race as a battle between two disparate chunks of the electorate symbolized by Democrat Lena Dunham and Republican Willie Robertson, Wolff writes: “In this instance [the two conventions Wolff attended], Dunham represented a cosmopolitan, millennial, pansexual, women-focused view, abhorrent to a significant part of the country, and Robertson a nativist, older, gun-associated, military-inclined, white-male-focused view, abhorrent to the Dunham part.” Appalling, as Wolff says, but credit the author for not once using the word “Sad!” Wolff recounts a comment—demonstrating the victory of propaganda over policy—made by a friend in Philly, reflecting on Clinton’s boilerplate acceptance speech, “I think every woman in the US will remember where they were when Hillary accepted the nomination to become President.” Left unsaid was the devaluation of true “I remember where I was when…” moments—depending upon your age—JFK’s assassination, 9/11, bin Laden killed—for the depressingly mundane.

Wolff doesn’t quite handicap the election, but gives a conditional edge to Clinton, a candidate who has “the resume” for a strongman leader, unless she succumbs to her “obvious desire to be liked" and her newfound need to be seen as “cuddly, caring and inclusive.” As for Trump, he’s done “unless he continues to tactically mobilize the anger and bitterness of his supporters—that Duck Dynasty contempt and, for the rest of us, unfathomable humor” and strikes in one of the fall debates with “just one Trumpian moment of outrageous clarity, one more mock-innocent goof on the system and its self-regard, one break in [Clinton’s] self-control.”

Unlike his media colleagues, Wolff’s view of the election is fluid: he’s saying August polling is of minor significance, the number of real Trump supporters is unknown, and a lot can, and will, happen between now and Election Day that’ll, at least temporarily, cause the Hillary acolytes (that includes lifelong Republican/neocon Max Boot) to soil themselves.