She died like a jihadist, using her son as a human shield. 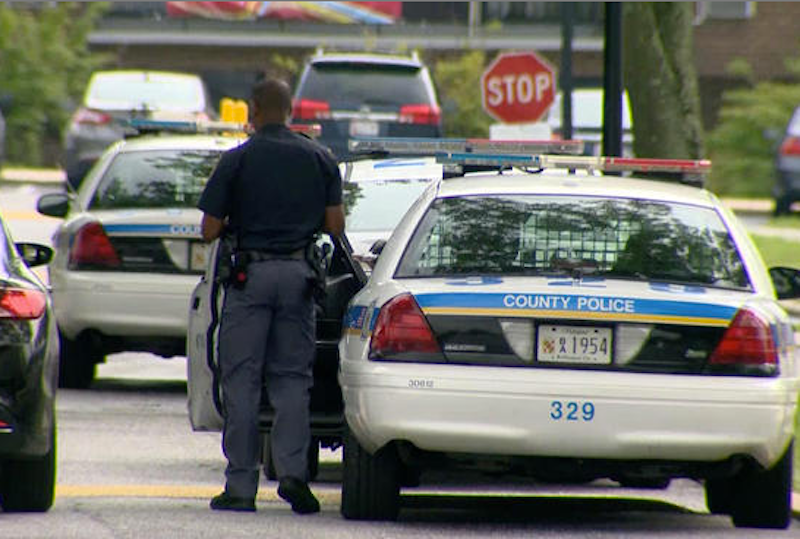 The headline in Think Progress was “Police Fatally Shoot Woman Holding 5-year-old Boy In Her Lap.” Yet another cop-kills-citizen story but, at least on the surface, the worst of them since Cleveland police fatally shot 12-year-old Tamir Rice for playing with a toy gun on November 23, 2014. The headline provided no context but, as it turns out, many have no use for context anyway.

Details would interfere with the narrative that predictably began unwinding immediately after Baltimore County police had killed Korryn Gaines, a 23-year-old black woman wanted on traffic and resisting arrest warrants. Gaines raised her shotgun and told them (according to the officers) she'd kill them if they didn't leave her apartment, and the cops ended up shooting her to death in a gun battle during which her son was wounded in the leg. Gaines’ domestic partner, who was wanted on assault charges, had already left the scene of the confrontation, but he'd only taken a one-year-old child with him, leaving the five-year-old with a mother who appeared unconcerned about his safety.

In the world of identity politics, victimhood is the currency of the realm. Gaines checks a lot of victimhood boxes. She’s a black female who had a child with her when she was shot to death. Advocacy groups like Black Lives Matter need know only this to make her into a martyr in this victim-obsessed era. In 2016, you can be armed and spoiling for a confrontation with the police, intentionally put your child right in the middle of a gunfight, and threaten to kill police officers doing their jobs, and still get a sympathetic hashtag on Twitter.

Wesley Lowery covered the story for The Washington Post, quoting several Twitter users. One of them, @Delo_Taylor, tweeted: "'She shouldn't have put her child in that situation.' What situation? They were in their own home where they should've been. #KorrynGaines." Another, using the Twitter handle @LeslieMac, offered: "#SayHerName And ya'll wonder why we need to seek refuge in Black Women only spaces online & IRL. #KorrynGaines." Lowery chose not to use any tweets that might have raised any concerns over Gaines’ dubious, reckless choices on her final day. These days, you have to tune in Fox News or read Breitbart for such “off-message” details.

Take a look at the #KorrynGaines Twitter hashtag and you’ll see plenty more of the above one-sided sentiments. Shaun King, knee-jerk social advocate for New York’s Daily News, tweeted "My Latest. White fear, white privilege, and the awful police shooting of 23 year old mother #KorrynGaines." Was Delo Taylor correct in stating "they" were in their home where they should have been? In what world should a child be in a home where his mother, who skipped out on warrants, is armed and threatening to kill cops? Can Leslie Mac really be serious (and Wesley Lowery too, for including her tweet) when she references safe spaces when the situation is quite likely an intentional martyrdom that's being broadcast on social media for maximum coverage? When you start using the shopworn phrase "white privilege" in such scenarios, as King did, you’re edging towards parody.

In his column on the Gaines affair, White writes of "cynicism" towards the deceased mother, as if that’s some sort of prejudiced reaction under the circumstances. He also states that he doesn't believe the police had no choice but to shoot her. That's certainly his prerogative, but he's going on pure "feeling" here, giving every single benefit of the doubt to the armed aggressor. He resorts to wild, unfounded speculation with, "Maybe she was afraid her sweet young son was going to be taken away somewhere unsafe?" More unsafe than the place where he got shot after his mother placed him in the center of a gun battle? If White wants to call cynicism on Gaines’ doubters, then I'll call disingenuousness on the Daily News' Senior Justice writer. Who’s supposed to be taking care of her sweet young son above everything else instead of using him as a prop in a staged social media event for some hazy "cause"?

It must be kept in mind that all the facts aren't in, and Korryn Gaines is not here to give her version of events. Perhaps things were different than they now appear. Gaines appears to be some sort of anarchist/Second Amendment champion bent on seeking an apocalyptic, filmed exit from life. She wanted to "make her mark," but really just needed psychiatric help. There’s no evidence race was a factor in her death, despite what Shaun White will tell you. I don't see Black Lives Matter talking about the black life of her son whose life she was so cavalier with, but they can't milk that angle so it's of no interest to them. It looks like Gaines martyred herself just like a jihadist, using her son like a human shield like jihadists do. She deserves about as much sympathy as a jihadist does too.