Cisgender judges have no choice but to reevaluate the status quo. 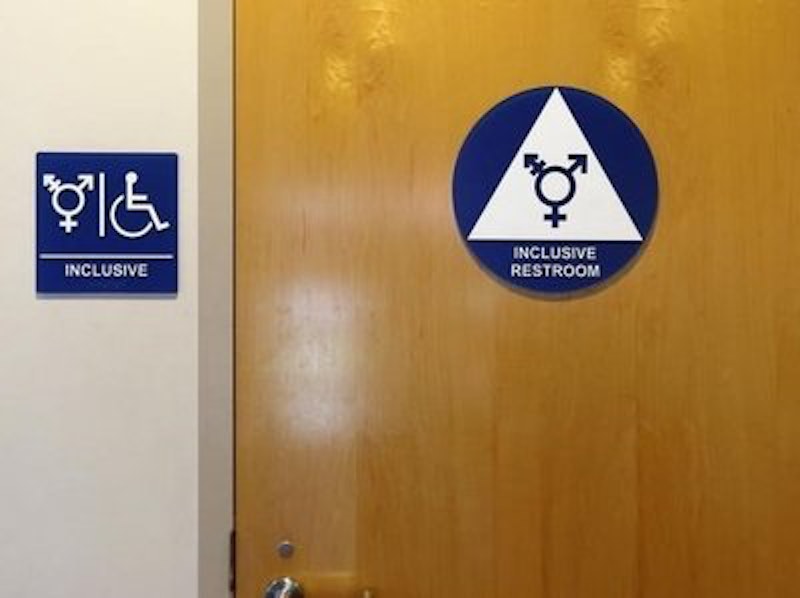 It was a weird week. On one hand, I’m coming off a lovely friendcation in the Catskills which afforded me some time to recharge, reminded me how loving and supportive so many of my friends are, and put me on track to accomplish some good work for the next few days. On the other, the United States is still dragging on trans rights like Messala at the end of chariot race in Ben-Hur—except we’re the ones who end up dead.

On Wednesday, the Supreme Court voted to stay an appeals court’s decision which would have forced the Gloucester County, Virginia school district to grant a transgender boy access to facilities which match his gender identity. The Court’s four conservative justices voted in favor of the stay, and Justice Stephen Breyer cast the fifth vote “as a courtesy”—which, as ThinkProgress notes, is normally only done in cases where the death penalty is in play, not for affirmations of civil rights.

Breyer’s stated reasoning was that “granting a stay will preserve the status quo.” But although the status quo may seem like a safe place to camp out for a while if you’re a straight, cis, white man like Justice Breyer, it’s dangerous and potentially deadly for trans people. A 2011 study by the National Center for Transgender Equality reported that, of 6450 respondents, 35 percent had experienced physical assault in K-12 schools (ranging up to 40 percent in Southern states like Virginia), and 12 percent had been sexually assaulted there. A comparable number (26 percent) said they’d been denied access to bathrooms and other gendered facilities. Most troubling, however, was the number of people who said they’d attempted suicide as a result of scholastic abuse: 51 percent, or roughly 3290.

We know by now that when parents and other adult authority figures take steps to affirm young trans people’s identities, they grow with less risk of developing depression, anxiety disorders, or suicidal tendencies. Justice Breyer’s “courtesy,” then, is only extended to those men with whom he works; as far as trans teens around the country are concerned, that courtesy will have to wait until the Court reconvenes in a few months.

In a year that’s on track to surpass the number of trans murders in 2015, cisgender politicians and judges don’t have the luxury of maintaining the status quo until they have no choice but to reevaluate it. Their actions (and inaction) have consequences, and if anything happens to a trans student who wants to use proper facilities as a result of this misguided attempt at peacekeeping, it’ll be on Justice Breyer’s head just as certainly as it’ll be on those who seek to abuse that child directly.

Trans people live in a world where the Pope can call us the “annihilation of man” and still be lauded as progressive, as the meme-tacular “Cool Pope” whose work with the (cisgender) poor somehow mitigates his transphobia. We live in a context where “gender critical” commentators are given equal time to debate whether we should be allowed to exist in a way which affirms our identities, and where widespread, documented abuse is somehow the fault of the children which it victimizes.

But we also live in a time when we know that there are millions of us in the U.S. alone, and that we’re getting closer to securing our rights with every day through activism and community support. We’re on the march—so if you can’t bring yourself to lend a hand, Justice Breyer, at least have the decency to get out of the damn way.