Few even know how it's pronounced. 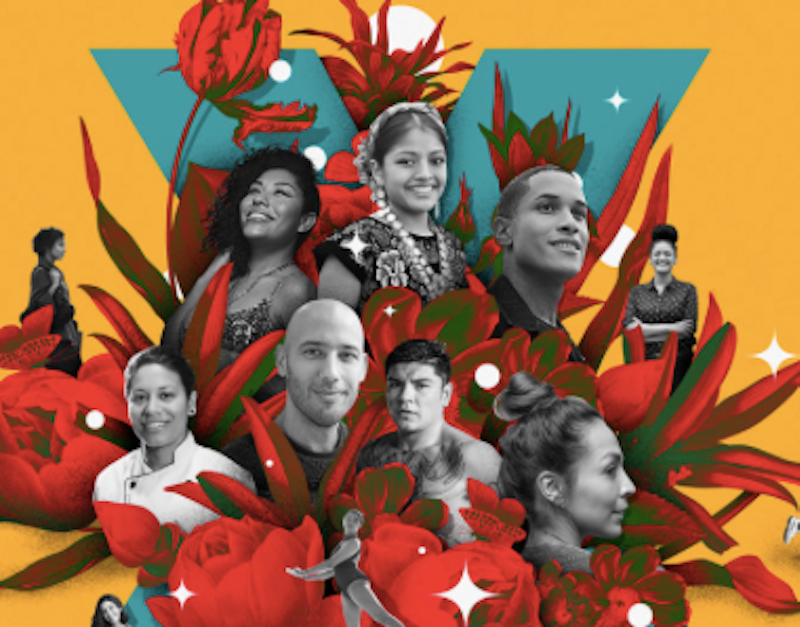 How will Bernie do with Latinx voters? What percentage of children's books have Latinx authors? What does the Latinx community think about Trump's wall? If you spend time on the Internet, you've seen this relatively new word, "Latinx." It's the improved, gender-neutral version of "Latino" that looks like it's pronounced "la TINKS," but it's "la TEEN ex." At this point, it's a word that you'll rarely hear spoken outside of activist and academic circles, but some determined individuals are working to change that.

Spanish, unlike English, is a gendered language. Progressive language police have determined that "Latino" is problematic because of its supposedly masculine "o" ending, meaning it's insufficiently inclusive of women and some on the LGBTQ spectrum. In fact, Latino was already gender-neutral before Latinx was coined in the early-aughts and made its way into the Merriam-Webster dictionary.

For example, if all the kids in a school that's not a single-sex school are playing, you’d say, "Los ninos estan jugando." This wouldn’t indicate that just boys are playing, or that none of them are non-binary. Similarly, "cuerpo" refers to a "body" or a "corpse," whether it's a male body, female, or non-binary. Furthermore, "o" and "a" endings of nouns are often arbitrary. The Spanish word for table is "mesa" even though there's nothing feminine about a table, just as a book—"libro"—is not masculine in any sense. That's just the way the language works.

Latinx is an American coinage that hasn't been welcomed in Spanish-speaking nations or by native Spanish speakers in the U.S. The Royal Spanish Academy, the main authority on the Spanish language, rejected the term in 2018. A study by the market research firm ThinkNow found that only two percent of U.S. Hispanics identify as "Latinx." "Hispanic" is by far the most preferred term among them.

"Latinx" is more popular among non-Latinos than Latinos—the sort of people who regularly read Huffington Post and Vox. Vox got on the Latinx bandwagon on July 28, 2016: "Many people collectively refer to the gendered stem endings of Latina/Latino using the ‘@’ symbol, while others prefer to stylize using the word ‘Latinx’ to de-genderize the term." The "many people" refers to Vox readers, of course, not the general public, which is oblivious to it. As for "collectively," what that's supposed to refer to is anyone's guess. "Stylize" is a polite way of saying that you, as an American, are correcting a structural error in a foreign language—Spanish—that's not inclusive enough. As for the "@" symbol, it has no use in the spoken language.

Some Spanish speakers are worried that the word opens up the floodgates for the rest of their language to be butchered. Given the religious fervor that the language and thought police exhibit in attempting to enforce their purity standards, such fear isn't unwarranted. Latinx is an academic word promoted by those who think they know what's best for the less enlightened. There's an element of elitism and condescension involved, and a whiff of cultural appropriation in the assumption that Spanish speakers need Americans to school them in the use of their language. American Spanish speakers generally feel that "Latinx" was invented to fix a problem that doesn't exist, which is a tendency that progressives have, perhaps because it makes them feel smart or virtuous.

Elizabeth Warren, the flailing presidential candidate most determined to pander to every minority group, spoke of "Latinx" on June 26, 2019, during the first 2020 Democratic Party presidential debate. She could’ve done some research on the term's favorability rating among Hispanics, but perhaps that's not the group she was aiming at. The Massachusetts senator's high-profile promotion of the term is indicative of the permanent progressive revolution that's underway—a revolution that's caused such absurdities as the attacks on The Witcher video games for not including people of color, even though the game is about Polish mythology set in medieval times.

The only way to fight the permanent revolution is to resist it. Once you give in to the moralistic code of correct language, they'll soon be clamoring to memory-hole another perfectly fine word. Academics and activists create their own language that they want to impose on the rest of the world. They're not successful at this, which isolates them and makes them unable to understand those not in their group. If you listen to this language, you notice a pattern of people not really conversing with you. Instead of thinking and responding thoughtfully, they focus on one point and use their lexicon—which most people don't understand—to regurgitate talking points in a bot-like manner. There’s no real communication, except when two people in the in-group are conversing. When they see a situation like The Witcher game, they immediately focus on lack of diversity and inclusion, even though Polish mythology is populated by Slavs, not people of color. The language they’ve been taught shapes their thinking, just as with any ideology. They haven’t arrived at their conclusions via a process of dialectical thinking, thus they have little idea what others outside their group think.

Languages should change in order to accommodate the times. "Negro" is no longer used, and few have a problem with that. Latinx, however, isn't needed to replace Latino, even though a bunch of white people who don't speak Spanish will tell you it is.