Jonathan Chait Is Better Than You 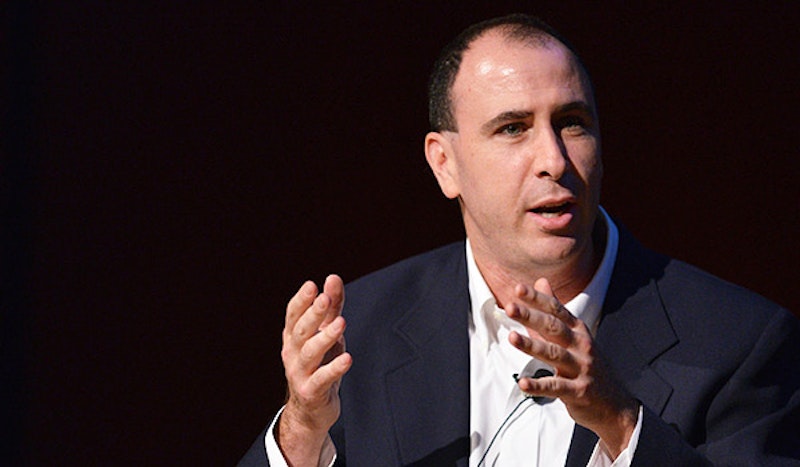 The left likes to think that the right has a patent on contempt for the poor and unsuccessful. Democrats take up the mantle of the downtrodden and punch up in the name of virtue and right. Republicans, those drooling lickspittles of the plutocracy, pull on their jackboots and kick down in the name of the almighty dollar signs and a craven worship of power.

The stereotype of the right is largely accurate—the flattering picture of the left less so. But fear not; center-left pundit Jonathan Chait has rushed into the breach with a column that demonstrate that moderate Democrats like him can loath those less fortunate than themselves with all the gusto of a Mitt Romney or Paul Ryan.

Chait's column starts off as an excoriation of left-wing Western academic and intellectuals who support Putin. That group seems tiny enough to be negligible, but I suppose that if there are people who think Putin is a savior rather than a paranoid imperialist thug, it's reasonable to make fun of them. Not satisfied with kicking those people, though (perhaps because there aren't enough of them) Chait takes a detour to attack RT, the Russian English-language propaganda network. Chait is, in particular, disgusted with American reporters who work for the station:

Rosie Gray has a deeply reported piece on the cadre of young American journalists. Their motives appear to be a mix of careerism, naïveté, and utter incuriousity. The modal career arc of an American RT reporter appears to be an ambitious but not terribly bright 20-something aspiring journalist who, faced with the alternative of grim local-news reportage, leaps at the chance to make two or three times the pay while covering world affairs, sort of. It’s the sort of reward that dims one’s incentive to perform due diligence into just who is signing your paycheck, and why. “I saw a job posting,” a former RT America reporter tells Gray, “and figured why not,” in one of the more hilarious uses of “why not” you will ever see. (I’ll launch my journalism career by being a mouthpiece for an authoritarian regime. What could go wrong?)

Gray's piece makes it clear that many of those who apply to RT are horrified when they realize that they are working as a propaganda arm of the Russian government. One reporter, Liz Wahl, quit on-air over Ukraine coverage; others simply resign quietly. Many have trouble getting other jobs, because of RT's reputation.

RT deliberately preys on young people who have just graduated, many presumably with massive debt. Their main sin is that they want to do meaningful work in their field while being paid a living wage. And for that sin, they end up in a crappy work environment, struggle with the stress of having to sacrifice either their ethics or their livelihood, and then have their future employment prospects damaged. If there's a crime of naïveté or a failure to do enough Googling, I’d say the culprits have been duly punished. As one ex-RT employee says, "I’m scarred from working there. It was my first job and I feel embarrassed and ashamed."

But that's not good enough for Chait, who takes time out from his snug gig at New York magazine to sneer at those young, fresh-faced journalists who dared to dream that they, too, might get a byline and have the chance to meaningfully contribute to the public conversation. If Chait was ever that young, he apparently doesn't remember it. If he ever had a job he didn't like, or that was distasteful in any regard, he isn't going to tell us. He's beyond that now, and tough luck for you if you're not.

All of which is particularly frustrating because all of those idealistic people at RT put together haven't done nearly as much actual, concrete harm as Jonathan Chait. Chait burbles significantly about "due diligence," but back in 2003, he blithely believed that George Bush was "dishonest but ruthlessly effective," and on those grounds supported the invasion of Iraq. He was catastrophically wrong about the major foreign policy question of his generation. Moreover, as a liberal writer for The New Republic, he was in a position to provide ideological cover for the invasion, casting a patina of bipartisanship over a reckless, bloody mess that killed tens of thousands of people, left Iraq an ongoing mess, and damaged America's long-term security and standing.

People at RT quit their jobs when they realize what they’ve done. If all the pundits who were wrong about the Iraq war quit their jobs, we'd have very few pundits, and then civilization would collapse. But while I don't need Chait to fall on his sword, it would be nice if he could reflect on his own error occasionally and empathize with some of his less fortunate colleagues, misled by their innocent desire to get into a situation where, someday, if they're lucky, they can fuck up as thoroughly and unforgivably as he did.