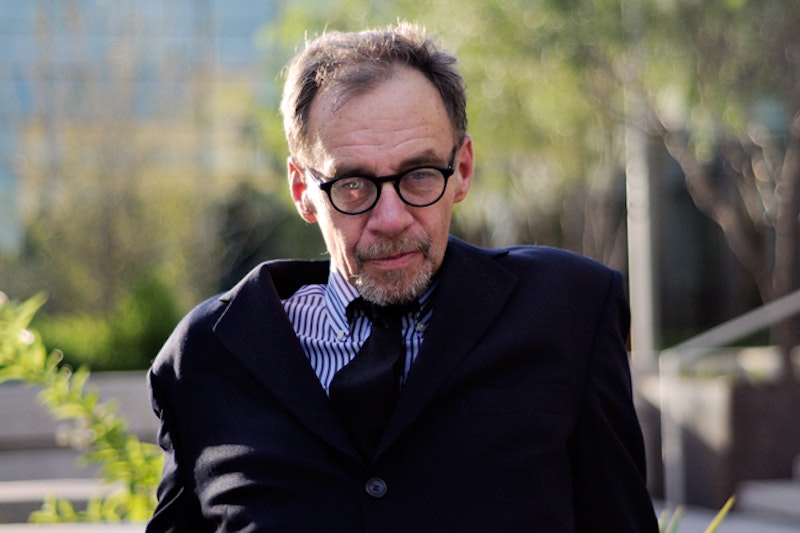 It’s been a few months since New York Times business/media reporter David Carr cracked me up while reading one of his columns. A long time ago, I’d chat with Carr at newspaper conventions when we were both editors of weeklies—Washington City Paper and New York Press—and he’s a very funny and fascinating guy. He left CP for the ambitious and well-funded/staffed Inside.com in 2000, but when that excellent site flailed (paywall + recession = trouble) he landed at the Times. In the years since, he’s become, like so many others who sign a devil’s bargain with the daily, indoctrinated in Times-speak, and you have to squint between the lines to glean his sarcasm.

In his March 24 article “Risks Abound as Reporters Play in Traffic” about the abhorrent but predictable trend for news organizations to pay their employees by the number of page views their work receives, Carr gets off to a shaky start: “It is a dirty secret of the journalism profession that many reporters are bad at math. Many of us ended up typing our way to a living because we had an easier time make words dance than numbers.” I can count on one hand the number of reporters who can make words “dance” (a fairly noxious description to begin with). It’s a clumsy lede: most journalists of Carr’s generation (and mine, we’re both on the wrong side of 50) were, if traditionally educated, fine at math; they were just more attracted to writing than accounting or finance.

But by the fifth paragraph, Carr is humming, blasting websites (he doesn’t name them, but they’re unindicted co-conspirators) like The Huffington Post, BuzzFeed and The Atlantic, by writing: “If I were being paid by the click for this column, I might have begun it this way: Will an oppressive emphasis on ‘click bait’ mean that the news ends up imprisoned by transgendered models posing in disgraceful listicles accompanied by kidnapped nude kittens?” The shock here is that the Times’ building wasn’t picketed by LGBT members—all from Brooklyn—for Carr’s breach of sensitivity and manners.

Later in the story, Carr has the Times gloves on, but still hits my exposed nerve: “Quizzes are everywhere right now because readers can’t resist clicking on them, but on an informational level, they are mostly empty calories. There are any number of gambits to induce clicks, from LOL cats to slide shows to bait-and-switch headlines.” I’m weary of “empty calories” to describe a shitty story, and, frankly, if we’re talking journalistic lack of nutrition, Carr might’ve considered the Times’ culture and op-ed pages. Were he not constrained by the Times’ stubborn refusal to relax its language, Carr might’ve written what he undoubtedly thought, something like, “Lazy websites take advantage of lazy readers when they post quizzes that only an idiot would pay attention to after falling for the ruse once.”

Carr is clearly appalled by this new reality in the profession he entered decades ago when it still had a semblance of dignity, and singles out several companies that tie compensation to page views. (I wonder if The Wall Street Journal’s story on Monday, reporting that 36 percent of web traffic is generated by “bots” or hacker-produced viruses that collect online advertising revenue will have any effect.) Included: Tucker Carlson’s The Daily Caller (almost impossible to read for its old-fashioned pop-up ads; Gawker, but of course; TheStreet.com; and most currently, The Oregonian, which is now requiring its reporters to tap out three original stories a day, a certain quality bonanza. Carr notes: “In the more-with-less annals of corporate mandates, this one is a doozy.”

That it is. Maybe next up for Carr will be a more thorough examination of his company’s forays into “native” advertising. (In a story last year, he buried the Times’ bandwagon-jumping.)