The President is against Right to Work laws, and his recent efforts won't "build back better." 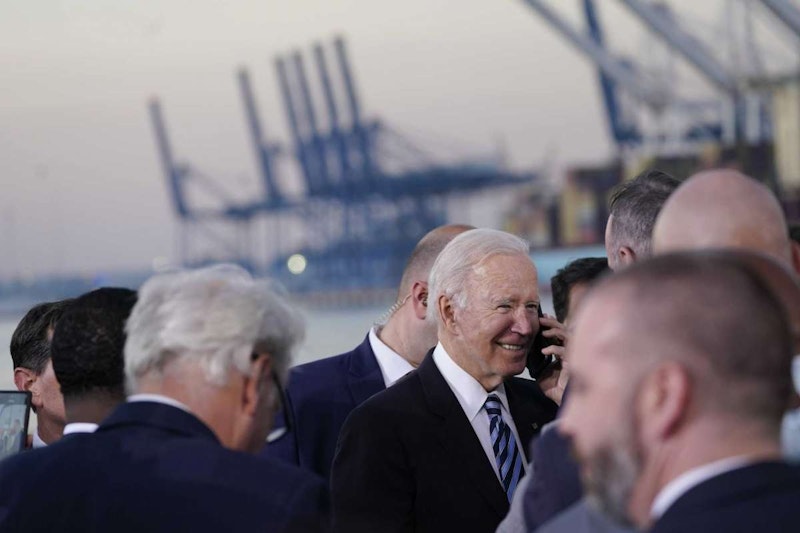 Before and after his election, Joe Biden talked grandly about unity. It wasn’t going to be about red states and blue states, he said. It was going to be about the United States. One of the ways the President aims to strengthen the country is by helping workers. Trouble is, Biden really only cares about union workers. In fact, he’s said as much on several campaign stops to promote his Build Back Better plan, including this week’s recent visit to Baltimore.

Ninety-four percent of all private sector workers in America today aren’t represented by unions. Those non-union workers get holidays, benefits, etc., much like people in a union, and thanks to state Right to Work laws, people in organized workplaces don’t have to pay dues or fees as a condition of employment.

You know who wants to do away with Right to Work laws? Joe Biden. Biden supports the Protecting the Right to Organize (PRO) Act, a bill that would repeal all 27 Right to Work laws across the country. Talk about unity. The Associated Press reported the $1.85 trillion spending package that Biden and Democrats want to get through Congress includes incentives for buying electric vehicles made at U.S. plants with organized workforces.

“Only auto plants owned by General Motors, Ford Motor Company, and Stellantis NV currently qualify,” says the Associated Press. There are many automakers throughout the United States. These brands include Tesla, Nissan, and Toyota which, out of concern of their being ignored, caused Senators John Cornyn (R-TX) and Roger Wicker (R-MI) to speak out against the spending package. “It’s shameful,” said Cornyn. “It just strikes me as a blatant gift to a political friend,” said Wicker, referring to Biden’s union backers.

It should be noted that Secretary of Labor Marty Walsh was the head of a union before he became Mayor of Boston. Energy Secretary Jennifer Granholm was once Governor of Michigan, where she worked closely with automakers. Why did Biden nominate those individuals? Because he cares about union workers. Some of them.

When Biden entered the White House and issued an executive order frowning upon Keystone XL, some of the people who lost their jobs were union members. The late AFL-CIO president Richard Trumka criticized the president during a segment on “Axios on HBO.” “If you're looking at a pipeline and you're saying we're going to put it down, now what are you going to do to create the same good-paying jobs in that area?" Trumka said.

Biden may be trying to build something. Biden might be telling people that America is back. I don’t see how his agenda is going to better the nation.