It feels better to be angry than useless. 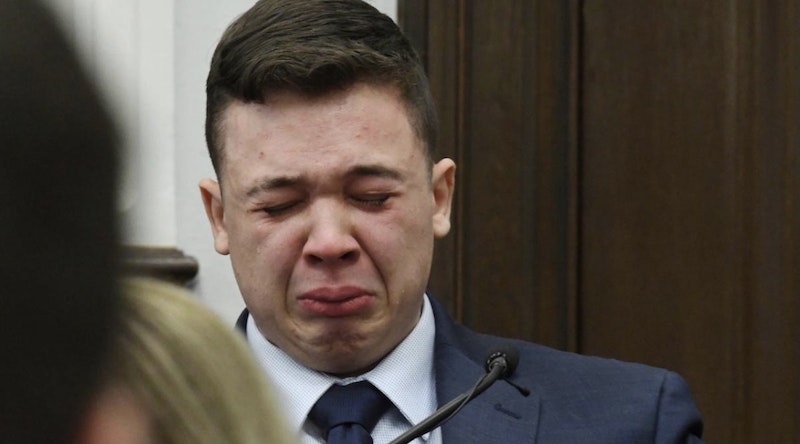 When I was in high school, I was a member of the Boy Scouts Law Explorers Club. This meant that five of us, two times a month, were permitted to attend various trials in progress, interview a range of state employees, and sometimes meet for discussion and cookies in the office of the semi-retired lawyer who sponsored the group. It was great fun for a bookish 17-year-old learning what it’d be like to be a public defender or a prosecutor.

Everyone in the club felt very grown up and part of serious things taking place. I wouldn’t have admitted it at the time, but the Law Explorers carried me through an unhappy senior year. It was the only extracurricular thing I did in high school. And I needed it in ways I couldn’t fully appreciate as a teenager. I just knew that being part of it mattered enormously.

I felt this when I’d show up at the courthouse in a tie with a ballpoint and a steno pad, ready to take notes. I noticed it again many years later in my high school English students. And I saw it play out across the 2020 news at protest after protest: groups of young people trying, for better or worse, to accomplish in the world, something beyond sitting at home through Covid lockdowns. It feels better to be angry than useless.

As a teenager, I was fortunate to be allowed to study the system as its guest, which gave me a reason to make it through the end of high school. But in 2020, I saw kids who’d never have wanted to participate in the Law Explorers Club, who easily and vocally condemned our entire social system as corrupt, racist, and fundamentally broken—something I found demoralizing as I watched structure fires and exploding cars fill up my Twitter timeline.

It seemed like many of the protesters in Kenosha and at other demonstrations across the country weren’t completely clear why they were marching or why they were so angry. They just were and maybe that was enough. Some came looking for violence or a kind of generalized payback, but in most cases, the protesters appeared to be seeking emotional solidarity with each other and a sense of relief during an alienating pandemic. If we’re all righteously angry at acts of systemic violence, if we can all agree, without looking too critically at the facts, that we’re together and on the morally correct side, then maybe we’ll feel less alone.

Enter Kyle Rittenhouse, a teenager who wanted to be on the right side of the conflict in Kenosha, but who might not have thought clearly about what he was inviting by bringing a firearm. The interview footage that precedes the shooting strongly suggests he went there with the vague idea of providing medical assistance and protecting property, essentially that he set out to do something helpful. He didn’t, in any way, seem like someone maliciously intending to commit murder and perpetrate domestic terrorism.

Like most people his age, his judgment appears inversely proportional to his reflexes. He stupidly brought his loaded rifle along with his medical kit. He got threatened, chased, and someone behind him fired a single shot into the air. Rittenhouse then fired his gun from a seated position, ostensibly in self-defense, as someone lunged at him. The newly-released infrared FBI footage and extant bystander footage seems to support this version of what happened. Emerging witness testimony also supports it. And Rittenhouse’s own bad judgment supports it: from wanting to help, to fearing for his life, to shooting several people as a result of that fear and his lousy decisions.

Blue check commentators on Twitter are calling for Rittenhouse’s blood, shouting that if he weren’t white, he’d already be dead, shot at the scene by racist cops. But is that necessarily true? Can we imagine a situation where a person of color, chased by a group of Boogaloo Boys and reasonably fearing for his life, fires a gun in self-defense and ends up killing somebody? Would murder charges be filed against him? Would they be likely to stick? Would it go to trial?

I’m honestly not sure. It would depend on a lot of extraneous factors in addition to the evidence, not the least of which would be what the defendant symbolized in the political rhetoric of the moment and whether the State could reasonably frame him as a bloodthirsty maniac seeking opportunities for murder. I am sure that it should be unacceptable—even on social media, even in the blinkered court of public opinion—to use racial whataboutery to argue someone should be condemned for a capital crime.

One of the last trials I attended as a Law Explorer was that of a socialite who’d walked in on her husband and his mistress in bed. She stabbed them both many times. The evidence was fairly damning. I believe part of it was even recorded by the answering machine. Some late-1980s answering machines functioned like tape recorders. Sitting directly behind the defendant, I stared at her perfect blonde hair while we listened to the gruesome playback.

Later, when we were getting up to leave, she turned around in her seat, smiled at me, and winked. I felt cold. I could see she was having her moment. She was luxuriating in the notoriety, the interest, the sense that she was, for once, at the middle of something important. Even as a teenage boy, I could also see she was completely insane.

I’ve never regretted learning that she got a life sentence. Thank goodness the system worked. There was an overwhelming amount of evidence which proved, beyond a reasonable doubt, that she committed double murder. But convicting someone of murder is rarely that open and shut.

Due process isn’t simple or easy. It’s not supposed to be. It’s laborious and it doesn’t often result in compelling headlines.The elevated standard of proof in a murder trial exists for many good reasons. And if you can honestly, with a straight face, hold up the evidence we’ve seen thus far in Kyle Rittenhouse’s trial as proof beyond a reasonable doubt that he should be convicted of murder, frankly I’m worried for you and for all of us.