Cry racism at every stop and the tolerance bus won’t get far. 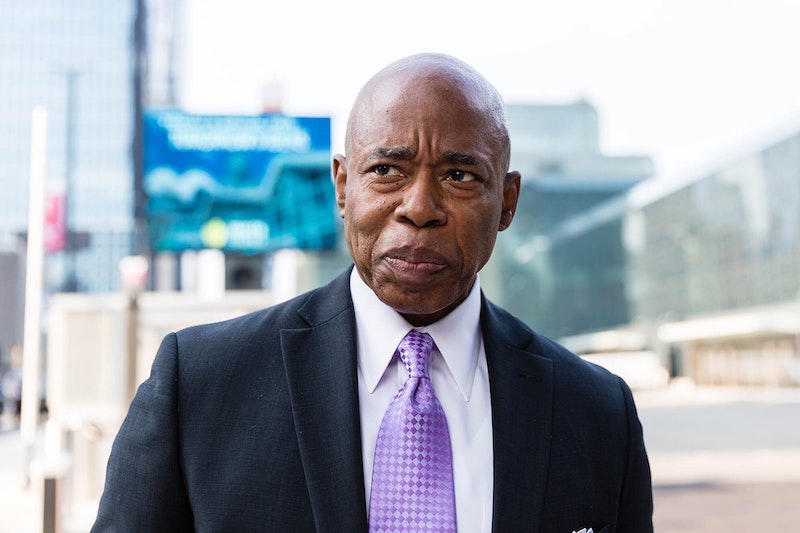 I must defend three prominent Democrats and one prominent Republican against hasty charges of racism this week, little though either major party deserves my help.

New York City’s black mayor-elect Eric Adams, an ex-cop and by some measures a moderate—briefly a Republican in the Giuliani/Gingrich years but now a Democrat—is already on the outs with Black Lives Matter, it appears, having offended that group’s cofounder Hank Newsome.

In a meeting about his agenda, the incoming mayor told Newsome he plans to resurrect the NYPD’s “anti-crime unit,” hated by some black activists because of the number of fatal shootouts in which it was involved in years past and because of plain-clothes tactics some lawyers considered entrapment. This is the sort of thing that leads, however implausibly, to claims that people such as Adams are betraying their people, unwittingly serving forces of white supremacy, etc.

Despite decades of academics feeding the dangerous, corrosive, and obvious lie that America’s at its most keenly analytical when reducing everything to race—pardon me, when examining policies for ethnic “disparate impact”—we should be grateful for the rare occasions when policies are stated with enough specificity to be praised or condemned on their individual merits instead of just as a big package deal that appeals more to Group A or to Group B. Some of what the anti-crime unit did were good ideas and some bad, and if BLM doesn’t want to look as if it’s merely reflexively “pro-crime,” it ought to tease out the difference. (They should avoid repeating the episode from a couple years ago in which one chapter of the group promoted the idea of decriminalizing trespassing, for instance.)

Adams, without calling for an end to gun control (this is still New York City), has admitted he likes guns and plans to carry one at times while mayor. Good for him. They’re tools for self-defense in the hands of good people, not just magical causes of spontaneous, inexplicable mayhem as so many people in liberal towns seem to believe. Perhaps, then, an Adams-era anti-crime unit should end the inevitably intrusive and morally presumptuous practice of stopping near-random people on the street and searching them for weapons. Possession alone should not be a crime, as at least one pending Supreme Court case may affirm. That would eliminate numerous potentially deadly confrontations between armed citizens and cops.

At the same time, Adams could ramp up the practice of having (quite courageous) plain-clothes cops arrest assailants and robbers who attack thinking the cops are bums or other random people. If Newsome et al are sincere about defending black citizens, not just sloppily defending crime per se, they’ll be happy to see people who are exercising their Second Amendment rights left alone but also happy to see people who can’t resist pickpocketing a sleepy-looking target being hauled off to jail. Win-win from a civil liberties perspective—without having to get into a tribalistic fight over who in the above scenarios has which level of skin pigmentation.

If you want to talk about real New York City policies of old that had more inextricably racist motivations, take the psychotic and self-aggrandizing schemes of urban planner and master builder Robert Moses, who in mid-century commanded a public budget so large—and could so easily decide which projects and roads went where—that he was arguably the most powerful man in the City, and unelected at that. While he was at it, the tyrant didn’t just cover the potentially valuable waterfronts on both sides of Manhattan with highways and threaten to flatten Greenwich Village (much like the anti-human architect Le Corbusier dreaming of flattening Paris), he also had functioning, organically-evolved black neighborhoods declared blights and relocated the inhabitants to cold, crime-filled apartment towers.

That’s one thing Sec. of Transportation Pete Buttigieg, whatever else you may think of him, had in mind when he denounced racist highway plans recently. If you think markets allocate resources inefficiently and unfairly, you should see how the public sector, dominated by secretive and internecine bureaucratic ties and cronyism, decides who gets what. Don’t blame Buttigieg for making it sound like an old boys’ network or denounce him as anti-white. Blame old boys like Moses—and let my people go, let all people go, by reducing the power of such bureaucrats, ideally ending government altogether.

While we’re at it, conservatives shouldn’t misrepresent Biden’s innocent and accurate reference to Satchel Paige and baseball’s Negro Leagues as a racist slight. These short-term “gotcha” tactics may feel satisfyingly like turnabout-as-fair-play for about two seconds after all the times the left has itself freaked out over nothing in recent decades, but they just serve to make everyone more uptight and eager to police speech. (Similarly, I’m always a bit wary of doing things like criticizing Al Gore for wasting electricity.) Prove you can be the more tolerant listener and you win a more lasting victory on higher ground.

Tolerance, not vicious, petty fighting, is still the sanest road ahead, and it leads to Virginia now having a black female Republican lieutenant governor. Let the Democrats call her a race traitor or a fig leaf for white supremacy (as MSNBC has) all they like. They’ll be seen as the ones trying to drag us all down into the mire while Americans learn at long last to look away from the left in search of real diversity and real tolerance.