It Turns Out the Solution to Gun Violence Is Nagging

Or why a feminist's “Hey dudes” message makes less sense than she thought. 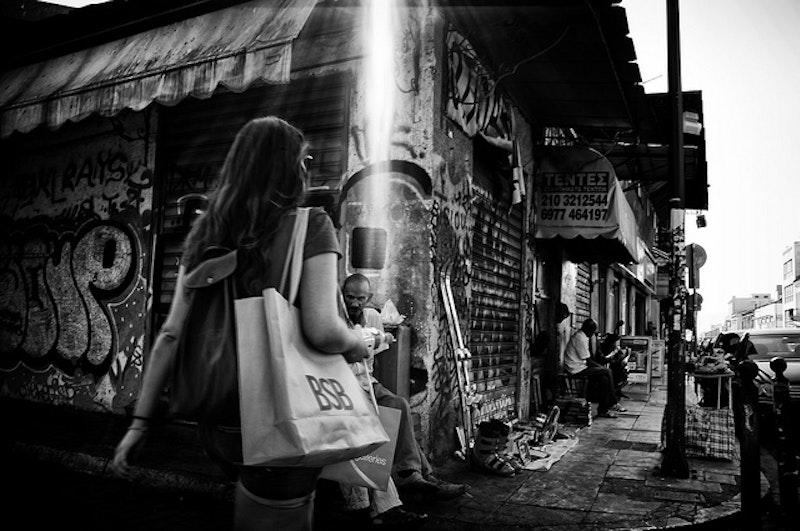 Watch out when they say “no judgment.” A Facebook friend had some wisdom to post following the deaths in California. A friend of hers had written something, and everyone—“especially my straight and bi dude pals”—should read it. Our hostess added in parentheses: “no, no judgment! You'll understand, when you read.” I sure did, because what followed was a lecture. In a gentle, reaching-out sort of way, the author communicated that men should never give advice to women on how to protect themselves, and that instead they should give advice to other men on how to behave.

How to behave in what situations? She saw no need to fill that in. Just situations where people say or do things that involve women and that the author doesn't like. Go ahead, she says, “be proactive and put yourself in the stressful situations of actively addressing questionable behavior towards women when and where you perceive it. Make the gray areas have social consequences.” I think we're better off with a world where gray areas don't have social consequences, and where people aren't policing each other for missteps. Especially if nobody tells me what the gray areas are. Sending shots of your dick to somebody who doesn't want to see them? That's not a gray area. Neither is calling them all nasty bitches, or getting your hands on somebody who doesn't like it. What is? Maybe the author doesn't like pinups, maybe she doesn't like dirty jokes, maybe she doesn't like a guy staring at a distant girl and saying, “God, I wish I could fuck her.” If so, she is too good for this earth.

The author works from big blunt existential facts that blot out more immediate facts, such as the differences found among humans when it comes to experience, brains and temperament. If you have a vagina, the writer thinks, you are automatically an authority on how to live safely with a vagina. “Seriously,” she writes, “women understand the risks they run by being female. We understand it deeply because it is our bodies and lives.” Seriously, I know few people who have a deep or even mid-level understanding of what it is to live with their body, male or female. People are not experts on their existential situation; they are befuddled by it. This confusion lies behind such mundane details of existence as neurosis, lung cancer, traffic deaths and the occasional idiotic tendency to walk in the wrong part of town. No man should assume he's an authority on women's safety. Nor should he assume any woman is. This kind of thing is best taken case by case.

The reason men shouldn't lecture women about safety is that people shouldn't lecture. The fit of that idea doesn't suit the author. She prefers this: a set-up where a woman can point at an issue (personal safety), declare herself to be the last word and authority on it, and then tell men to shut up. It's like a game of King of the Hill where she gets to appoint herself to the hilltop.

I mean that bit about “shut up.” The writer says that a man who's about to talk to a woman about her safety should “shut that up and listen harder and ask yourself what >YOU< can do to reduce the occurrences women are being told to protect themselves from.” Her message is an all-at-one-go “stifle yourself” to the male community, followed by marching orders for comportment—that is, men should nag each other more about the things that bother the author. These marching orders are based on no argument whatsoever. Causation is assumed: say something the author doesn't like and down the line you cause shooting deaths. One might compare that to the way spitting used to spread tuberculosis, except people knew how germs worked and nobody has proven how thoughts work. The author doesn't care. She knows what she knows and she's going to lay it out for the menfolk, who may approach and bear away the tidings.

When bullets fly, a certain sort of mind turns to thoughts of nagging. That's something I didn't know until now, and in its small way it's depressing.