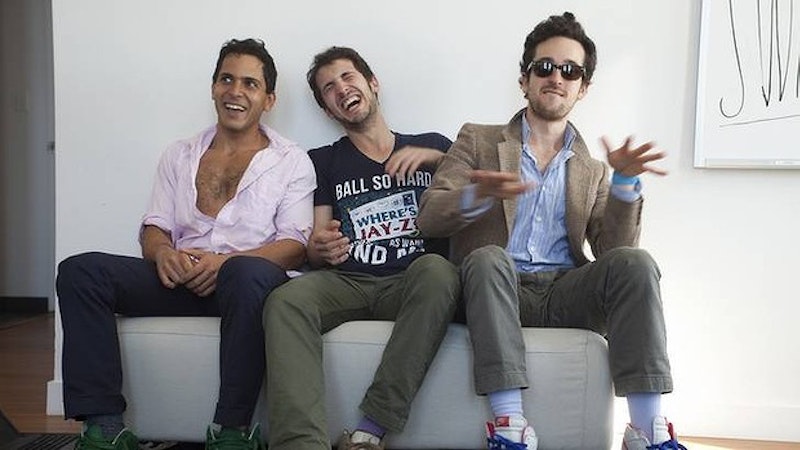 Another bigmouth just got in trouble. He stuck some annotations onto the Santa Barbara killer's manifesto, and boom—out of a job. He'd been a director and executive at Rap Genius, which he co-founded, but he had to open his yap. Gawker held up some of the exhibits, for what they're worth. The guy, being a jerkoff, made a big show of admiring the manifesto's prose: “This is an artful sentence, beautifully written.” And he stuck in the name of the killer's sister in order to speculate about... yeah, it was kind of shitty. Apparently the guy has a long history as an asshole with opinions, and maybe his colleagues were thinking last straw.

The name business strikes me as damning, what with Google. Toss somebody's name into an internet mess and who knows what could hit her. But I bet people focus on the other shittiness, the speculation. To me it sounds like the doomed annotator was taunting the killer with some new angle on the killer's weakness. The annotator, being a loudmouth, wrote the girl into his argument just to get at the shooter, thinking about nothing past that. Of course, the shooter probably isn't reading the annotations, but that's the internet. People talk a lot, they talk in a loud voice, and they talk to themselves alone, and that's the case whether they know it or not.

Unfortunately, I have the listening equivalent of big-mouthedness. When I read quotes like the fired annotator's, my first impulse is curiosity. Yeah, what he's saying is kind of shitty. But life is shitty. People are full of shit. Sometimes I wonder how it all manages to stand up instead of slumping into a street-wide mire of various thicknesses and textures. Examples of poor shitty humans and how they cope or not with reality's dull, heavy demands—I find that interesting. And in this case, that of the annotator and the killer, I find that my interest is a little greater than my revulsion. My interest isn't big enough for me to Google anything, but my revulsion is big enough for me to want the annotator's hide. Yes, if the sister hears about what he said, she'll know she's condemned to share this world with a man who sees her tragedy from an angle she doesn't like. Is that bad enough to cost the loudmouth's job? Or maybe she thinks he's on to something. Are there that many authorities on the state of mind of the shooter's sister and what she can bear hearing? Look at the internet and you'd think there were.

Unrelated. If you say, “shame” and “shaming”—“Don't slut shame me, don't fat shame me, don't parent shame me”—you can't talk about “creepy” and “creep.” Those two words exist to instill shame; they do nothing else. Pick one up and everybody knows why you want it. For this truth to get blacked out shows the power of received thinking, not to mention egotism.