The New Yorker Is Slipping Away

Ken Auletta has nothing new to say about Hillary Clinton. 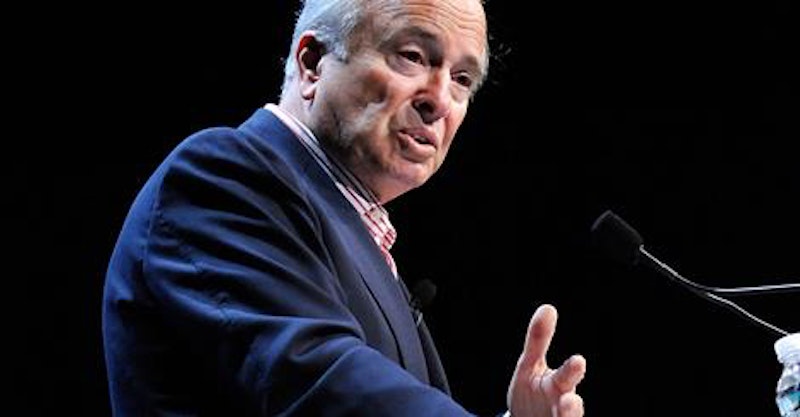 I’ve no doubt that some people still read The New Yorker—despite the tired joke of letting back issues pile up on the beside table or in the john—and I’m one of them, but the audience is certainly shrinking. It’s a matter of demographics, of course, not much different from other “upmarket” publications like The New York Times and The Washington Post, and realistically it’s just a matter of time before Conde Nast faces facts and trims The New Yorker to a biweekly schedule. And it’s not as if editor David Remnick is helping matters by publishing lengthy stories by the likes of septuagenarian Ken Auletta, the magazine’s media columnist.

Auletta’s June 2 “Annals of Communication” contribution, “The Hillary Show” is an apt example—as if his breathless blogging about the Times’ Sulzberger/Abramson dust-up wasn’t bad enough—that the veteran journalist ought to be put out to pasture. I don’t know the man, and have no desire to appear overly crabby, but his lifeless prose makes Garry Wills or Elizabeth Drew look like the late Christopher Hitchens in his prime.

In the story’s first paragraph, Auletta writes: “Despite the absence of a story, the media can’t stop discussing [Hillary Clinton]. The mainstream press recycles talking points concerning her hypothetical campaign while casting about desperately for something new.” That’s a promising, hook, I suppose, but then what does Auletta do? He writes several thousand words about Clinton and her “hypothetical campaign,” scraps with the media, and… well, a short history of the former first lady/senator/Secretary of State, going back to Arkansas, Hillarycare, Monica Lewinsky, Vince Foster, Kenneth Starr, Travelgate, The American Spectator’s relentless attacks on the Clintons, the metamorphosis of David Brock from right-wing Clinton antagonist to ally, the 2000 “listening tour” and Hillary’s failed 2008 presidential campaign against Barack Obama. You’d be excused for thinking this was an article lifted from American Heritage, with the exception of a incongruous pit stop with 32-year-old Matthew Continetti (who “dresses like an older man”), the co-founder and editor of the website Washington Free Beacon, and son-in-law of William Kristol, still at The Weekly Standard, where Continetti got his start.

This is not new material, and I was somewhat peeved after wading through Auletta’s history lesson, and wondered what exactly his point was, aside from fulfilling his New Yorker duties. The story had zero relevance for those who remember the Clinton administration, and for those who don’t, even the young and politically active Democrats, well, it’s a safe bet they don’t read The New Yorker. The weekly has the same blinkers on as the Times: the editors understand intellectually, at least one would think, that to compete in in today’s media hurricane, they need to attract readers who are under 30, yet they refuse to work toward that end. Perhaps they’re saddled with older writers who have virtual sinecures and no stomach to let them go, but if so, there’s a funeral waiting to happen.

Another example of Auletta’s exhaustive research: “After Clinton was elected, he gave Hillary an office in the West Wing and a mandate to shape health-care reform. ‘She was the first professional woman to have an operational role’ as First Lady, Kati Marton, the author of ‘Hidden Power: Presidential Marriages That Shaped Our Recent History,’ told me. ‘She treated the role as if it were a job. This was jarring to many.’” Dig, dig, dig, Mr. Auletta, and work the crowd at Beltway/Manhattan media cocktail parties for trenchant new information!

In sum, Auletta’s article was a snoozy exercise that makes a reader think he must’ve said, “Shit, I’ve got a New Yorker deadline. Better dust off the Hillary files.” Had David Remnick really wanted a fresh perspective on Hillary Clinton, he could’ve turned to any number of writers other than the warhorse Auletta—perhaps an articulate Occupy Wall Street organizer, for example—but it could be Remnick is simply wrapping things up at The New Yorker. There’s really no other explanation.