It Takes a Villain

Even Hillary’s fans must fear her. 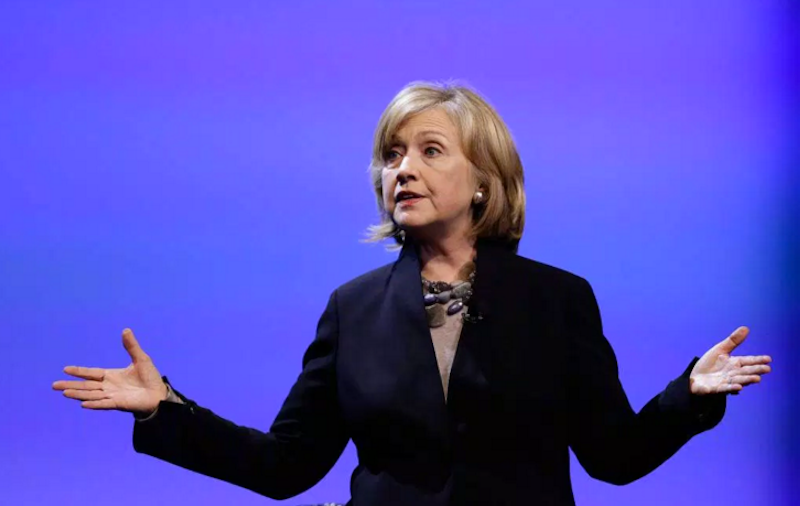 Donald Trump is expected to coast to victory in the Nevada presidential primary today, and some portion of the left is secretly pleased because a loudmouth like Trump confirms all their worst suspicions about the Republican Party. Yet plenty of intelligent Democrats also acknowledge their own increasingly inevitable-seeming frontrunner, Hillary Clinton, is a chronic liar, a probable criminal, a more calculating flip-flopper than her rival Bernie Sanders, and the creator of a massive de facto international bribe-taking machine called the Clinton Foundation.

Just bad luck on both parties’ parts? No.

The whole presidential election process makes more sense if seen as a contest to reward the most evil person available. It’s not just that a few bad eggs inexplicably ruin an otherwise good system. The system rewards whomever says he or she will be most vigorous in bossing other people around with jail threats and taking their stuff. Those aren’t things good people do. Of course monsters are winning. They almost always do.

Now, I’m not the sort of anarchist who denies you your right to vote defensively. Try to get the least-dangerous person elected if you think you can. I have no quarrel with that (in November, I’ll likely vote for Gary Johnson or whoever else wins the Libertarian nomination, and in the interim I’ll keep wishing more Republicans would drop out so that one of them has a chance of beating Trump, but the other Republicans may by now have made the cynical calculation that whoever comes in second gets to be Trump’s veep and that it’s therefore best to hold on to the very end, party and nation be damned).

Don’t pretend that trying to vote in the least-dangerous person usually works, though. Mencken called democratic elections—even perfectly smooth-running ones—an “advance auction sale of stolen goods.” Your fellow citizens are looking for the most effective criminal available for the gig. Just like the evil globalist elites caricatured on last night’s X-Files finale, citizens assume that someone has to be in charge and that it may as well be someone callous and sadistic enough to relish the role: a Trump, a Putin, a Clinton, a Peron. (I was a guest on Lucy Steigerwald’s podcast discussing Trump and fascist tendencies last month and, for those nerds interested, was on discussing Star Wars the month before that.)

Ask people to pick a ruler, that’s what they’ll pick. The only real victory comes when we stop asking them to do that.