It’s Time to Blame the NRA

Kids should not die because we fear gun lobby bullies. 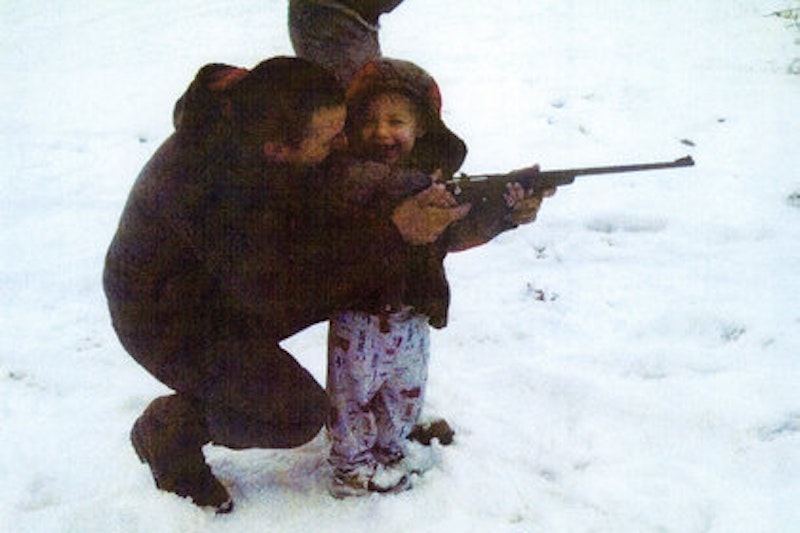 “My two year old son just shot himself in the head. He’s dead.”

These were the words of a father, on a 911 call, upon returning inside his house from mowing the lawn and finding his child dead.

Yesterday’s front page New York Times story “Children and Guns: The Hidden Toll,” is difficult but necessary to read. It is horrifying to learn how many accidental shootings regularly occur, not to mention read the tales of parents mourning their children who were lost in these tragic accidents. The Times did an investigative report examining 259 gun death records (though not many states release them) of children ages nine months to 14, and found that there are actually twice as many accidental gun deaths than are classified specifically that way. Medical examiner offices in different jurisdictions treat these incidents differently, with “homicide” (versus accident) used most often as the cause of death. One of the cases in Texas involved the shooting death of a nine-month old infant at the hands of his two-year-old brother; they were both in a crib when the two-year-old took a gun out of a dresser drawer within reach and shot his baby brother.

The NRA had been bragging about lower incidents of accidental shootings and patting themselves on the back for the three-and-under safety education program they’ve initiated. In the meantime, out of fear of the gun lobby, fewer than 20 states have laws to hold adults criminally accountable for failing to store guns safely. In opposing gun safety laws, the NRA has claimed that these gun deaths were caused by adults with criminal backgrounds, which the Times was able to refute as false. The gun people love to fudge the numbers, talking about more children choking or falling than dying by accidental gunfire, but this new article shows that the numbers, were they accurate, would make accidental gun deaths one of the top five leading causes for death of a child, and absolutely the most preventable.

“My child living is more important than somebody stealing my flat screen,” said Tessa Underhill, whose son died when the gun of her estranged husband (the 911 caller) was left on a bedside table in a room that was supposed to have been locked.

Even gun makers can’t win for trying. Gun companies (Smith and Wesson, Colt) have tried to create smart guns and gun locks and abandoned their programs because of NRA pressure. The NRA has often blocked firearms safety research, shutting down the National Violent Death Reporting system initiated by the Centers for Disease Control. Obama has called for reinstitution of the program in wake of the Connecticut shootings but who knows if he’ll stand up against the gun lobby to make it happen.

In short, a lack of common sense exists around the gun lobby and its mafia-like grip on the nation; there is a total disregard for the lives and safety of children. Our country is broken if we are letting children die because we are afraid of the schoolyard bullies with guns.

Is it sad when parents lose kids to accidental shootings in their own homes? Yes. But laws should exist to protect children before protecting gun owners, and that’s not the case in America. The NRA would like us to think that gun control advocates are trying to take their guns away. But this is not simply a matter of rights. It’s about child safety. A child has a right not to get killed more than a person has a right to protect himself against some potential intruder.