You Know How the Constitution Is Supposed to Be So Great?

Yeah, checks and balances solve everything. Sure. 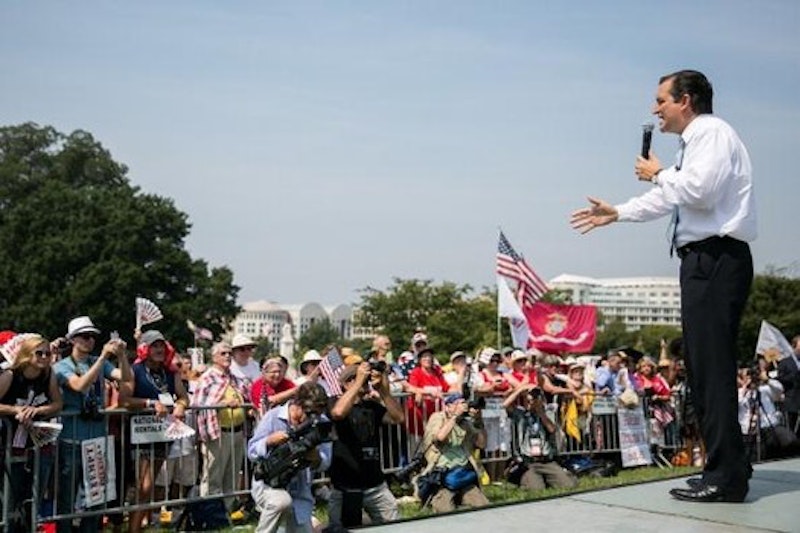 These are headlines one and two on yesterday’s New York Times. First: “N.S.A. Gathers Data on Social Connections of U.S. Citizens.” Second: “U.S. Shutdown Nears as House Votes to Delay Health Law.” In a way I like that match-up. America's checks and balances are supposed to do one thing: keep the government from pushing us around. But they don't. Instead they make it easy for the bloody-minded to disrupt government's normal functioning.

The House Republicans want to sandbag Obamacare even after the law has been passed, signed and upheld. They're terrible, I don't deny it, but does anyone say that their actions are unconstitutional? Congress decides what money gets spent, and both houses are needed. If one house wants to set up a Ping-Pong match, nothing in the rules says that it can't.

The House GOP can leave Obamacare's funding out of the law that authorizes the federal government to spend the money it needs to do its work. If the Senate puts the funding in and sends the bill back, the House GOP can stick in language saying no money can be spent on Obamacare for a year. Or language saying no money ever. Or whatever. They can be stubborn for as long as they want to be stubborn, for one version of the bill after another. Since many of them come from gerrymandered districts, that may be for a long time.

Congressional rules added to this mess. The Founders didn't say we needed two bills to spend money: one to pass into law a given program that will require a particular dollar amount, the other to authorize spending that dollar amount. Congress thought up that rule, and now we have a gang trying to deep-six a measure that was signed into law three and a half years ago. But the Constitution does permit the unlimited bouncing of bills between the houses, and the Republicans would have tried that stunt with the original Obamacare law if they had been in control of a chamber back then.

Our country's checks-and-balances scheme was supposed to channel human self-interest. Men wouldn't be good, but they could be rerouted. That was the idea, and it's beloved by people who quote the Law of Unintended Consequences and snort at social engineering. This one time, they seem to think, the smartypants got it right and designed the perfect lab maze, one that we call the Constitution. Planners rigged up a system that caused selfish political players to promote stability and liberty without necessarily wanting to.

But actually the scheme depends on people showing a certain amount of bigness, an ability to step back at certain moments—for example, when they've lost a congressional vote, a Supreme Court decision and an election. When that bigness isn't available, our governmental set-up turns into an aikido dummy spotted with pressure points. The hard-liners in one chamber of one branch of government can engineer a short, sharp jab at a strategic spot and make the dummy buckle. That's what's happening now.

Too much Canadian radio. Bob the Builder, he is our role model for interrogative self-talk. Well, there's risk globally and personally. The union representing 25,000 striking paramedics in Quebec has been on strike since Christmas Eve, and that's why it's so critical. But the Holy Ghost, what's his deal?