It’s More Than the Brexit Election

It's class warfare in the most class conscious country on the planet. 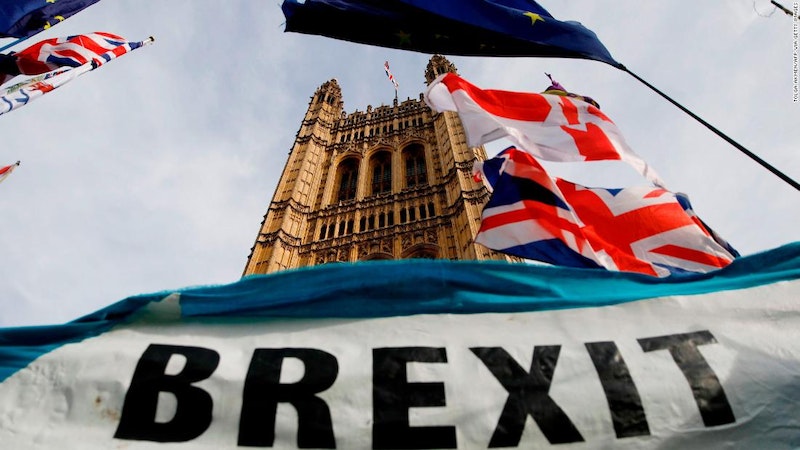 Labour members generally have more modest backgrounds. Until 1945, most Labour Party members were working class. Since then a significant number of lawyers and other professionals have joined the party, a process that had its apotheosis with New Labour in the 1990s. New Labour was the creation of Tony Blair and Gordon Brown and was an attempt to rid Labour of its old Socialist credentials, to turn it into the British equivalent of the Democratic Party.

By the time of Jeremy Corbyn's rise, in 2015, a significant proportion of the Parliamentary Labour Party were Blairites. This was achieved by the simple expedient of parachuting Blair loyalists into vacant constituencies against the members' wishes. If you want to understand the current struggles within the Labour Party you need to be clear on this point. Unfortunately for Blair and his allies, the membership of the Labour Party didn't change. Given the opportunity to vote for someone outside the political establishment, they chose Corbyn, the rank outsider.

At this point the balance of the world shifted, both for Labour, and for the country.

Several years of harsh Tory austerity, unchallenged by either the Liberal Democrats (who had enabled it during their period in office) or by the pre-Corbyn Labour Party (who had supported it) now found itself opposed by a new, resurgent Socialist wing within Labour. Large numbers of people joined the Party—or rejoined it—making the Labour Party now the largest mass party in Western Europe.

I was one of those people. I'd been a Labour member in the 90s but had left by the Blair years. I knew Jeremy Corbyn. I'd met him once, briefly, in the 90s, and had admired his straightforwardness and honesty. He was consistently the person with the lowest expenses of any MP in Parliament. When I saw his name on the ballot I thought, “If he wins I'm going to rejoin the Party.”

Which is where we are now: with Corbyn, an unreconstructed Socialist, standing as a possible future Prime Minister of Great Britain and Northern Ireland, and me as a member of the Labour Party. The political ground has shifted inexorably to the left. I've heard it said that people like Labour policies, they just don't like Corbyn. But, the truth is, those policies wouldn't exist without Corbyn. Even the Tories have adopted them, announcing an end to austerity and a commitment to massive spending and government borrowing for the next parliament. And then, in the midst of all this, we have Brexit. Brexit has altered the face of British politics, possibly forever. It has riven all parties, all communities, and a large number of families, right down the middle.

This is strange because, prior to the referendum in 2016, most people weren't in the slightest bit interested in the EU. It's as if the whole nation has been waiting for this, as if Brexit has opened up some deep wound in the nation's psyche, going back centuries. I've heard comparisons with the English Civil War, and I don't think this is too much of an exaggeration. There's no blood on the streets yet, but the effect it’s having on the national identity is almost as profound.

Back then you were either Roundheads or Cavaliers. These days you are either Brexiteers or Remainers, though it's hard to say which represents which when it comes to a direct comparison. Brexiteers are a bit like Cavaliers in that they seem to be harking back to some ancient ideal of what Britishness represents; they’re more like Roundheads in that they include some scarily radical elements amongst them. Those clear, simple tribal divisions, which we knew about and celebrated over the years, has turned into something else: a national trauma.

A friend of mine, a loyal Labour member and Trade Unionist, voted for the Lib Dems in the recent EU elections. I don't think he's voted for any party other than Labour in his entire life before this. We were talking about it down the Labour Club. It was a protest vote, he told me, in order to shift Labour Party policy more decisively towards Remain.

I asked “But what about all those Labour leave voters in the North?”

He replied, “They've already left us.”

It's hard to put into words what a dramatic shift this represents. The Labour Party was forged in those Northern, blue-collar constituencies. The idea that a Labour loyalist in the South would dismiss more than a century of Labour tradition in the North in favor of a narrow, ideological point of view is shocking.

Here’s another example. A couple of friends of mine recently moved back into our town after many years away. They both voted to leave. They contacted another couple who they’d known for decades, and the four of them went out for a drink. The second couple voted to remain. Eventually the conversation got round to Brexit. It went on for several hours but they parted on good terms. Or at least that's what my friends thought.

The following morning they got a text.

“There's no room for Leavers in my world,” it said.

And that was it: decades of friendship summarily ended by text because they voted differently in a one-off referendum.