Their game plan was in place before Trump. 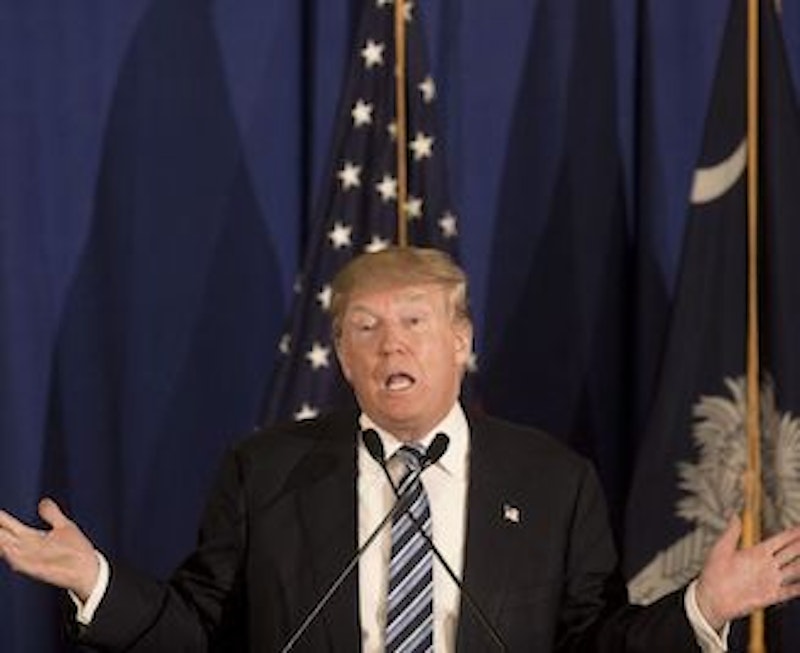 You don’t necessarily have to think an arrestee is innocent to recognize corruption in the arresting police department. Likewise, I’m happy to hear any horrible revelations—and accept any Congressional verdicts handed out—in the hearings about Trump, but I also know that it’s true the establishment arrayed against him is terrible.

Furthermore, I suspect I’m far from alone in thinking that establishment has been planning to attack any president who got in its way—in particular in the way of its plans for Ukraine—for several years, indeed since a couple of years before Trump even emerged as a significant presidential candidate. If it hadn’t been Trump, they probably would’ve gone after (anti-interventionist) Rand Paul with comparable gusto, for instance, had his once-promising 2016 presidential hopes not fizzled.

I’m not that well-connected in serious political circles, certainly not intelligence circles (thus definitely not worth threatening or killing, mind you, since I know almost nothing!). Yet without even trying, I kept getting hints back around 2013 that Obama’s second term began with big plans for Ukraine—and a parallel plan to smear opponents of that plan as tools of Russia.

If you weren’t on Team Ukraine, in short, you’d be declared an un-American member of Team Russia (as was not just Trump but Jill Stein, Tulsi Gabbard, etc.). I foresaw all this, and foreign policy wasn’t my main beat. Surely, there are plenty of people in DC who also suspected this plan was afoot and could cite far more specific evidence—preferably in a non-partisan fashion, since this plan has little to do with political philosophies, or principles, of any stripe.

That same year, 2013, was coincidentally (?) the time of the Snowden revelations, which suggested the schizophrenics and conspiracy theorists were right all along and the government really was secretly keeping tabs on all of us, a policy we’d associated for decades only with totalitarian regimes. So, it didn’t seem like a good time to complain about foreign policy plans about which one had only vague suspicions—but which, if they were real plans, might be very dear to some powerful and ruthless-looking people. I’m not the only one who’s seen photos of John Brennan’s face, right?

Looking back, it was mere weeks after John Brennan’s Senate confirmation hearings in early 2013 for the position of Obama’s new CIA director—hearings during which Rand Paul gave him an especially hard time, mainly over the use of drones—that things started to happen such as me getting an out-of-the-blue lunch invitation from a liberal Yale professor with a lot of travel and foreign language experience, the kind of person historically often ideologically aligned with, if not necessarily directly tied to, the intelligence agencies.

And in a rather pushy way, he said he wanted me (as a libertarian) to explain why Paul was working for the Russians, a charge I’d never heard before and which I told him I had no reason to believe was true—though I could well imagine the U.S. foreign policy establishment disliking Paul’s anti-interventionism and could even imagine the Russians, out of self-interest, liking any anti-interventionist. I would hope, though, that Americans aren’t so susceptible to reverse-psychology as to think whatever the Russians like we should hate—nor even more absurdly, that whatever the Russians like is secretly a Russian asset.

A few months later—with valuable ports, fuel pipelines, and an EU trade agreement all up for grabs—sure enough, the Western establishment’s patience with the Russia-leaning Ukrainian regime was exhausted and it was ousted in a coup, with an unusual amount of Western public-relations-type, warm-fuzzy fanfare around it—perhaps even to the benefit of Ukraine, but not over terribly significant regime crimes by general global standards, and plainly in defiance of Ukrainian voting procedures, which hadn’t been violated prior to the coup in any way serious enough to warrant an overthrow by the usual foreign-intervention standards.

It sure looked as if the West just needed to get its friends in there before the country reduced trade with the EU and started trading more with Russia, long story short.

And lo and behold, at least two members of then-Sec. of State John Kerry’s family, one member of future House Speaker Pelosi’s, and one member of Vice President Biden’s were all soon on the boards of major Ukrainian corporations, with financial incentives to urge the U.S. government to take a dim view of Russia’s military intervention in eastern Ukraine, its pissed-off response to the coup in the capital over in western Ukraine (not that I’m defending Russia).

So it’s hypothetically possible that out of all the reckless things the subsequent president, Donald Trump, has done, what most shocked the conscience of various Biden-linked, Ukraine-linked, intelligence-sector-linked “whistleblowers” and made them think the Constitution was in peril was Trump poking around asking questions about fishy Ukraine business dealings—but that poking around was the one thing I had already wanted a major politician to do for the prior six years, the one thing that looked as if it just might blow the lid off real collusion spanning the U.S. government, multiple allied Western governments, Ukrainian officials and corporate leaders, deal-facilitating and Russia-averse intel agents, and maybe even a host of other semi-legal Eastern Europe-to-developing-world arms and energy trades to boot.

And rather suddenly, it was finally time to plan a possible impeachment—for the sake of democracy, of course. And now, much like the biggest impeachment-boosters, I’m frightened for the republic. Nice going.