Is Trump A Golem?

A Golem has no spiritual qualities because it has no soul. 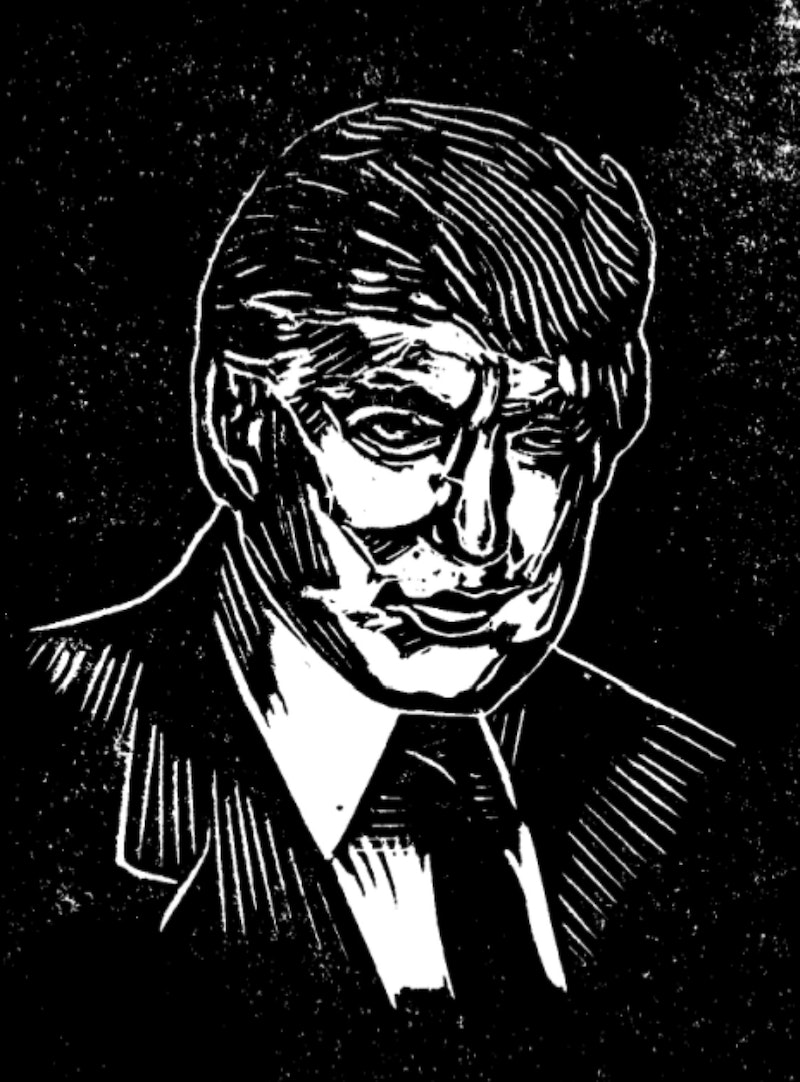 In Jewish legend, a Golem is an anthropomorphic creature formed out of dirt or mud. The Golem’s a shapeless mass, not alive, but not dead either. The being is brought to life by a religious figure to combat a clear and present danger. Like Frankenstein, the Golem runs amok and becomes a destructive force.

The most well-known Golem story comes from a 16th-century European folktale. In the village of Prague, Rabbi Judah Bezalel grows alarmed when an anti-Semitic priest incites villagers against Jews. The rabbi gathers clay from the banks of the Vitava River and molds a human-like figure. He breathes life into the creation by inscribing the Hebrew word “emeth” (truth) in the Golem’s forehead. The rabbi instructs the Golem to fend off the evil townspeople and protect the Jewish community. The Golem goes mad and destroys the village killing innocent people. The rabbi then renders the Golem lifeless by smudging out the first letter on the Golem’s forehead leaving the Hebrew word “meth” (death).

A Golem vaguely resembles a human being. It has great strength but its eyes are empty. It speaks crudely and can barely communicate. It’s brought to life to do the bidding of its creators. A community turns to a Golem only when all other hope for salvation is gone.

When Donald Trump announced his candidacy for president in June 2015, white working class Americans were in trouble. White men without a college degree suffered from high unemployment, stagnating wages and a rise in deaths from opioid addiction, alcoholism and suicide. Many lost homes in the 2008 financial crash. They felt left behind by the global economy and ignored by politicians.

Trump tapped into this despair. He promised to bring back jobs, to fight against immigrants and “lock up” corrupt politicians. He disdained political correctness and eviscerated enemies with a candor typically reserved for Hollywood roasts. Working class whites yearned for an avenging angel, a Golem-like figure to save them. Trump eagerly took on this role.

According to the Talmud, the compilation of Jewish law and commentaries, a Golem has several clear characteristics. Coincidentally, some of these traits are found in Trump. One, a Golem exhibits no emotion, no empathy and no conscience. Two, a Golem’s uncultivated and crude. (The Hebrew word golem means stupid.) Three, a Golem represents the shadow side of humanity, the unconscious run amok. Four, a Golem’s a shapeless mass. It’s large, dark and murky. Five, a Golem can barely communicate; it has a mouth but doesn’t effectively use it. Six, a Golem has no spiritual qualities because it has no soul. Seven, a Golem comes to life quickly, thrives for a limited time and then deactivates just as quickly.

The Golem/Trump analogy is not so far-fetched. Golems become animated through an ecstatic experience by a religious figure or community. Evangelicals are some of Trump’s most ardent supporters. Like a Golem, Trump needed the euphoric zeal of a religious community to rise to prominence.

Once awakened, a Golem becomes uncontrollable and rebellious. A Golem’s always accompanied by death and destruction. The coronavirus pandemic has killed more than 130,000 Americans. The economy’s at risk, political division is supercharged and pundits on both sides are predicting gloom and doom.

Is it possible Trump is a Golem incarnate? If so, this would explain why he doesn’t wear a facemask. He knows a virus can’t kill him because he’s not alive to begin with. This also accounts for his lying. A Golem’s a false being, the antithesis of truth. Trump enjoys taunting opponents because he knows Democrats and the media can’t bring him down. The only ones who can destroy a Golem are those who created it.

The Golem/Trump analogy has special utility for Christians. Believers are taught that before the Second Coming of Christ, a false prophet will appear. This person “will exalt himself” and “proclaim himself to be God.”Trump once told reporters, “I am the Chosen One.” He was obviously kidding, but he inadvertently brought up an important issue for Christians.

If Christians are unable or unwilling to recognize the true essence of Trump what hope do they have in recognizing the Anti-Christ? Clearly, Trump isn’t the Anti-Christ. But might he be a Golem? If so, Trump is wonderful practice for the apocalypse.

Golem stories are cautionary. A community turns to a Golem because they’ve lost faith in God. They summon a dark energy force to do their bidding and destroy their enemies. But their hubris turns to folly and they're destroyed. These stories always end the same. Once a Golem defends its community, it turns against its maker. And the results are never pretty.