Should a white member of the moral elite get rich off of this scam? 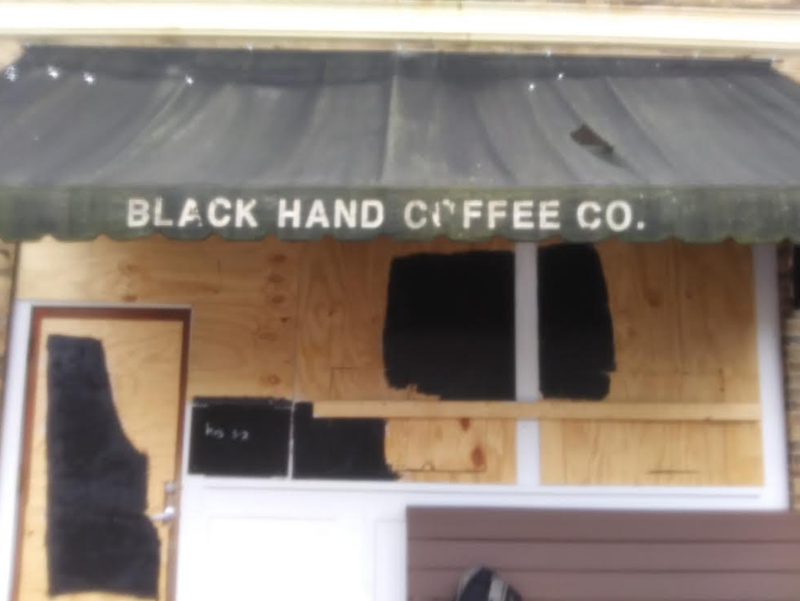 A couple of weeks ago, street protesters broke all the windows in a coffee shop that I frequent. Normally, I’d get angry about an act of senseless violence like this, but the media tells me that those vandals are good people fighting for a righteous cause, so I'm trying to keep it in that perspective. Perhaps it's even the owner's fault for not putting up a "Black Lives Matter" sign in the window like so many other small businesses here in Richmond have, although I suspect it's more of a prophylactic measure than true expression of solidarity. It's very confusing. It looks to me like the Left has lost its mind, resembling a cult more than a political movement, with its disciples repeating stock phrases like robots.

The message I get repeatedly from the people in charge of our current cultural revolution, and the media that complies with its rhetoric and actions, is that they’re the moral elite, and we can’t question them. So when the mob tore down a statue of George Washington in Portland, they explained that it's because he was a slave owner, and therefore justified. Don't bother arguing that he was the founder of the nation, because the United States, according to the progessive moral elite, is nothing to celebrate. It’s a failed, white supremacist state conceived in slavery and beyond redemption. The only solution is to tear it down and rebuild it from the ground up, which is what BLM espouses. Liberals voicing their approval for the BLM movement should keep this in mind. If they get their way, you're not going to like it.

When BLM protesters decided recently to desecrate a Ulysses S. Grant statue in San Francisco's Golden Gate Park, people like Noah Berlatsky, who's contributed to Splice Today and a self-proclaimed member of the moral elite (people who disagree with him are either fascists or racists), explained why it was "not a mistake" to go after the the Confederacy's worst enemy and someone who, as president, fought hard to guarantee voting rights for African-Americans while battling the KKK. In an article in The Independent, Berlatsky says Grant owned a slave for a year, and that, as president, "he instigated an illegal and bloody war against the Lakota people of the Black Hills." So tear down his statue just like you would Robert E. Lee's. They're both in the same boat, even though Grant defeated Lee to achieve the end of slavery. You have to wonder if

Berlatsky—or BLM—sees the irony here. Berlatsky had nothing to say about the same mob desecrating a statue of Miguel de Cervantes, the founder of the modern novel, who was held for five years as a slave by Ottoman pirates.

With leftists like Berlatsky cheerleading every act of mob destruction, the inevitable happened last Tuesday when a statue of Hans Christian Heg, a Union soldier and abolitionist who died trying to end slavery, was torn down. They beheaded the statue, dragged it down the street, and threw it in Lake Monona in Madison, Wisconsin.

Our new moral leaders often compete with to see who can make the most ludicrous statement. Nikole Hannah-Jones, founder of The New York Times’ 1619 Project who, as part of that project, wrote, “Patriots fought the American Revolution in large part to preserve slavery in North America," (the Times issued a correction) is one such leader. Responding to a statement that U.S. Grant was a "man of his time," she tweeted, "Hitler was a man of his time." In fact, Hitler was not a man of his time, unless you think that genocide was a common practice in the 1940s. Hannah-Jones also tweeted that the recent nightly fireworks in Brooklyn were an attempt to scare black and brown people, perhaps by the government. Presumably she doesn’t believe that fireworks can scare white or Asian people.

Shaun King, former columnist for the New York Daily News and a surrogate for Bernie Sanders during his primary bid, is a member of the moral elite. He recently tweeted that all images depicting Jesus as a “white European,” including stained glass windows, paintings, and statues, should be torn down because they are "a gross form of white supremacy.”

Left-wing scholar of "whiteness," Robin DiAngelo, who's white, is an example of how to monetize progressive moral elitism by targeting the liberal affinity for self-flagellation. The best-selling author of White Fragility commands up to $12,000 for a two-hour session in which she lectures people about their white privilege and bullies them into accepting their inherent racism. Here is one of D'Angelo's gems: "To imagine that black people might experience filial love the way a person of another race might experience it is actually racist." But if you disagree with her wild, unsupported assertions, you’re showing "white fragility," which means you’re a racist. Should a white member of the moral elite get rich off of this scam? Perhaps when you identify as a white savior of a people with no agency of their own, you feel entitled to those earnings.

The end goal of this extreme rhetoric is perpetual revolution. A newly surfaced video from 2015 shows Black Lives Matter co-founder Patrisse Cullors saying that she and fellow organizers are “trained Marxists." Progressives continuing to give full-throated support to the movement can't say they weren't warned.