In Through the Out Door

On the end of INTO and the future of LGBTQ media. 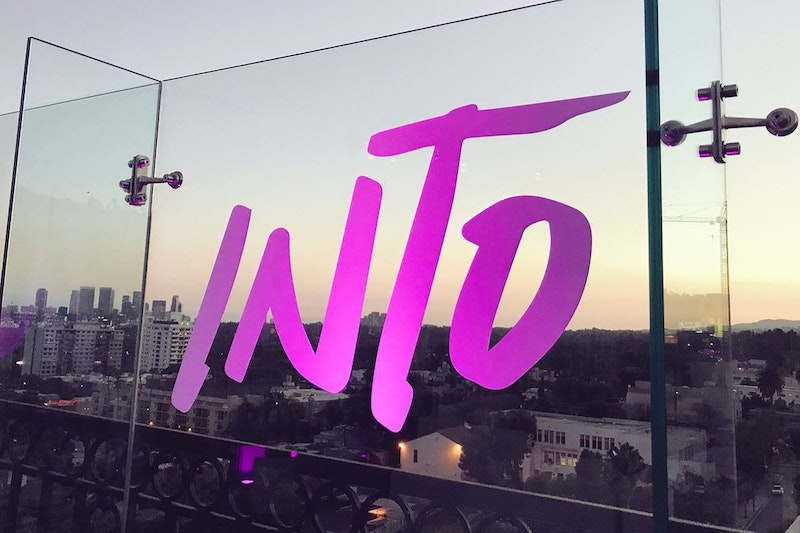 INTO was one of the most popular LGBTQ media sites before it was abruptly shut down last January. Launched by Grindr Inc. in 2017, the site had a “for us, by us” attitude in the way it covered LGBTQ issues, including exclusive interviews, breaking news, and analysis. (Disclosure: I used to write for INTO.) It was a welcome alternative to mainstream LGBTQ news coverage written by cis and straight journalists who often couldn’t get the terminology right.

Then one day it was over. “The day we, the staff, were brought in and told that we were no longer going to be employed there was the day that they stopped creating any sort of editorial content,” former INTO editor Trish Bendix told me. “We were only told what we were told, so we can conjecture all we want to about why [it] happened.”

A BuzzFeed News article from July suggests a number of events that lead to INTO’s sudden demise, including an article revealing Grindr Inc. president Scott Chen’s anti-marriage equality stance, mismanagement, and a CFIUS investigation. Ultimately, though, the end of INTO was part of a larger trend within the publishing industry. The current state of the business especially leaves LGBTQ media sites vulnerable; Gay Star News shut down a few months ago, and BuzzFeed News let their Deputy LGBTQ Editor go back in January. Most recently, both Zach Stafford and Phillip Picardi left their respective editor-in-chief positions at The Advocate and Out after a year of struggles with Pride Media, the company that owns both publications. LGBTQ journalism faces an uncertain future.

According to Bendix, the Internet is full of so much content that readers are getting their news from other sources than news sites. “You start just going on Twitter or Facebook or Instagram,” she said, “or you’re seeing what people in your sphere are talking about. That’s where you start to find what you’re interested in or what’s being talked about or what’s going on.”

Journalist Katelyn Burns agrees that social media has had a negative effect on online media, along with the advent of venture capitalist investors. “When you have a venture capitalist investment,” she told me, “then the capitalists expect big returns on investment, and I don't think those returns are coming.” According to Burns—who was the first transgender Capitol Hill reporter during her 10-month stint at Rewire News—Facebook and Google take up most of the ad revenue, which causes publications to lower their labor costs. And when labor costs go down, niche media like LGBTQ news gets hit the hardest.

The legalization of same-sex marriage nationwide in 2015 might’ve made venture capitalists less interested in LGBTQ media as well. “I think that marriage was something that [people] could do an advertising campaign around,” Bendix said, “like to have your dream wedding. ‘We want to give you the dream honeymoon that works out for advertising. We can make this look happy and romantic and make money off of you.’” After Obergefell, though, many advertisers assumed the fight for LGBTQ equality was over, so they were less interested in investing in LGBTQ media. “There’s no reason to continue to foster our community into what we’re looking for,” Bendix says, “because... in the straight person’s eyes, we already have what we were looking for.”

Meanwhile other issues that affect LGBTQ people—violence, poverty, healthcare discrimination—often go unnoticed by the mainstream media, which is why having LGBTQ media outlets is so important. “LGBT media people understand the intricacies of these issues a lot of times,” Burns said, “and can better contextualize why certain policies are important or certain issues have a nuance that people who aren’t LGBT should understand.” When asked what LGBTQ media can do to survive the current business climate, however, she responds, “If I knew the answer to that question, I wouldn’t be a freelance journalist right now.... All I know is that the outlets that are still around should just keep continuing to produce quality work because it’ll pay off eventually.”

Bendix thinks maybe LGBTQ media sites could use community fundraising to stay afloat the way Bitch Media and Autostraddle do. “If you pay a subscription for a major newspaper,” she said, “then you should, I argue, do that also for your LGBTQ outlet of choice” That’s going to be tricky because LGBTQ people on average aren’t the most wealthy people in the USA—Bendix suggests maybe using a sliding scale for subscribers—but she believes it’s up to readers to keep LGBTQ media sites alive. “I believe that we’re not going to be saved by outside venture capitalists or investors. I think we’re going to have to keep campaigning ourselves, which is what we’ve always done.”